At least 50 killed in flash floods in Indonesia 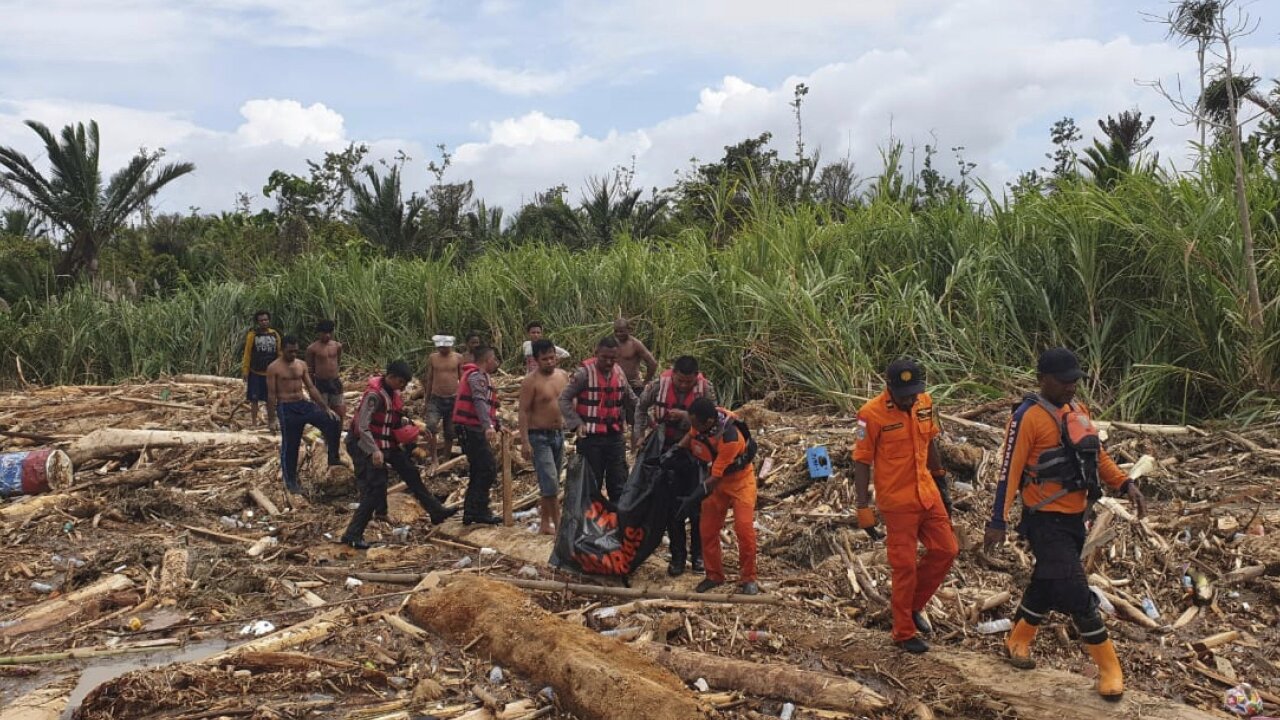 At least 50 people have been killed in eastern Indonesia as a result of flash flooding and a landslide, Indonesia's disaster management said.

Nearly 60 people were also injured and sent to the hospital, the agency said in a news release.

As of Sunday morning, 49 of the bodies had been identified. Forty-two people were killed in the Sentani area of the provincial capital, Jayapura, Indonesia National Disaster Mitigation Agency spokesman Sutopo Purwo Nugroho said. Jayapura is located in Indonesia's easternmost province, Papua, which borders Papua New Guinea.

Some areas of Papua province received more than 18 inches (450 millimeters) of rain in the last three days.

The storm system hitting Papua is expected to pick up speed and head south away from land, which will allow for the floodwater to recede.

Search and rescue operations are underway in some of the affected areas. Authorities cannot reach some of the hardest-hit places because of downed trees, damaged roads and detritus blocking their paths.

Sutopo said there will likely be more victims to come because the area is still under an evacuation order, and has not been fully searched yet.