Parent outraged over students playing outside in blowing dust 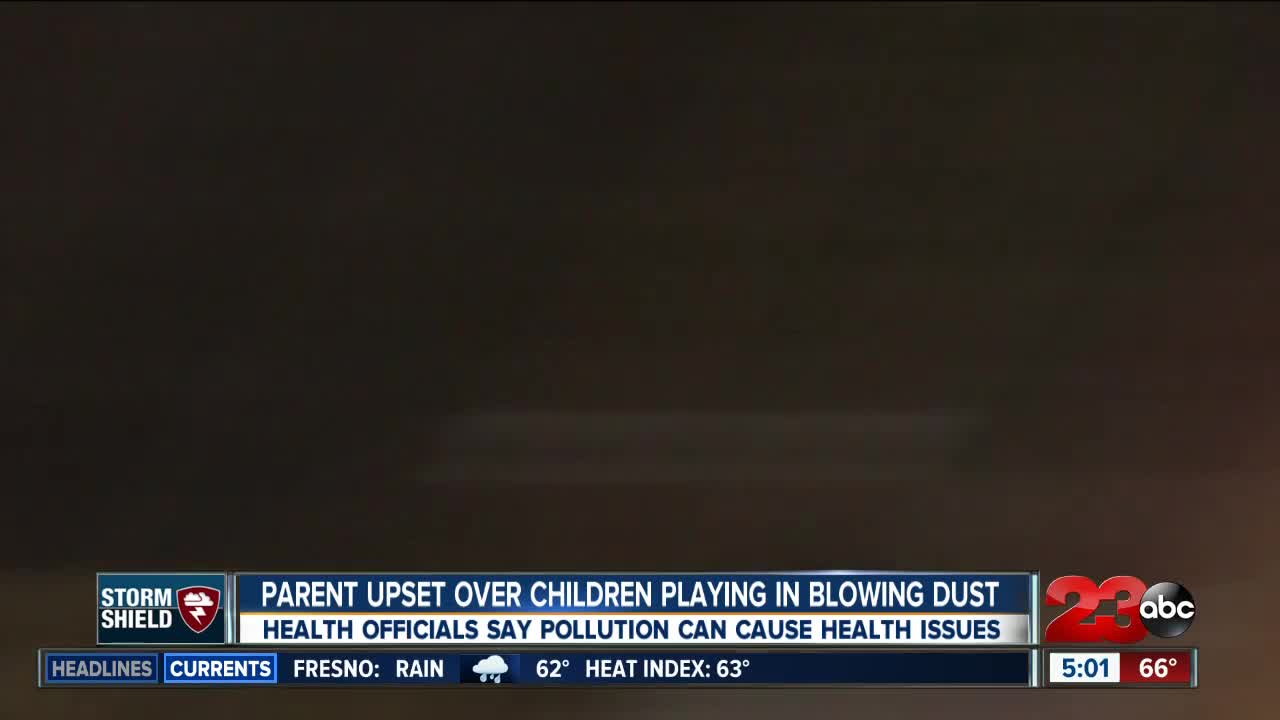 A storm brought strong winds and caused blowing dust across the valley Wednesday. An air quality alert was sent out to all schools within the Panama-Buena Vista School District to keep students indoors. However, school officials said the students at Stockdale Elementary School were still released outside for lunchtime recess.

BAKERSFIELD, CA. — A local parent said he is outraged after seeing his children playing outside at Stockdale Elementary School while there was blowing dust.

Officials said unhealthy levels of dust particulates were in the air Wednesday afternoon. Exposure to particulate pollution can cause series health problems.

The Panama-Buena Vista School district told 23ABC News an air quality alert was sent out to all schools within the district around 12:50 p.m.
The alert indicated the air quality was unhealthy for all groups and there should be no outdoor activity.

However, MT Merickel, the principal of Stockdale Elementary School, said that he did not see the air quality alert from the district because he was in a parent teacher conference during the time it was sent.

The kids were sent outside for their lunchtime recess at 1 p.m. This prompted outrage from local parent, Zoran Maric, who saw his children playing outside while yard supervisors wore masks.

"It was a pretty bad dust storm, everybody could agree on that. I saw about 200 maybe more, kids playing in the playground, in the huge dust cloud," said Maric.

Merickel said he is sensitive to the health and safety of the students at Stockdale Elementary School. However, when asked how he plans to ensure this doesn't happen in the future, he didn't have an answer.