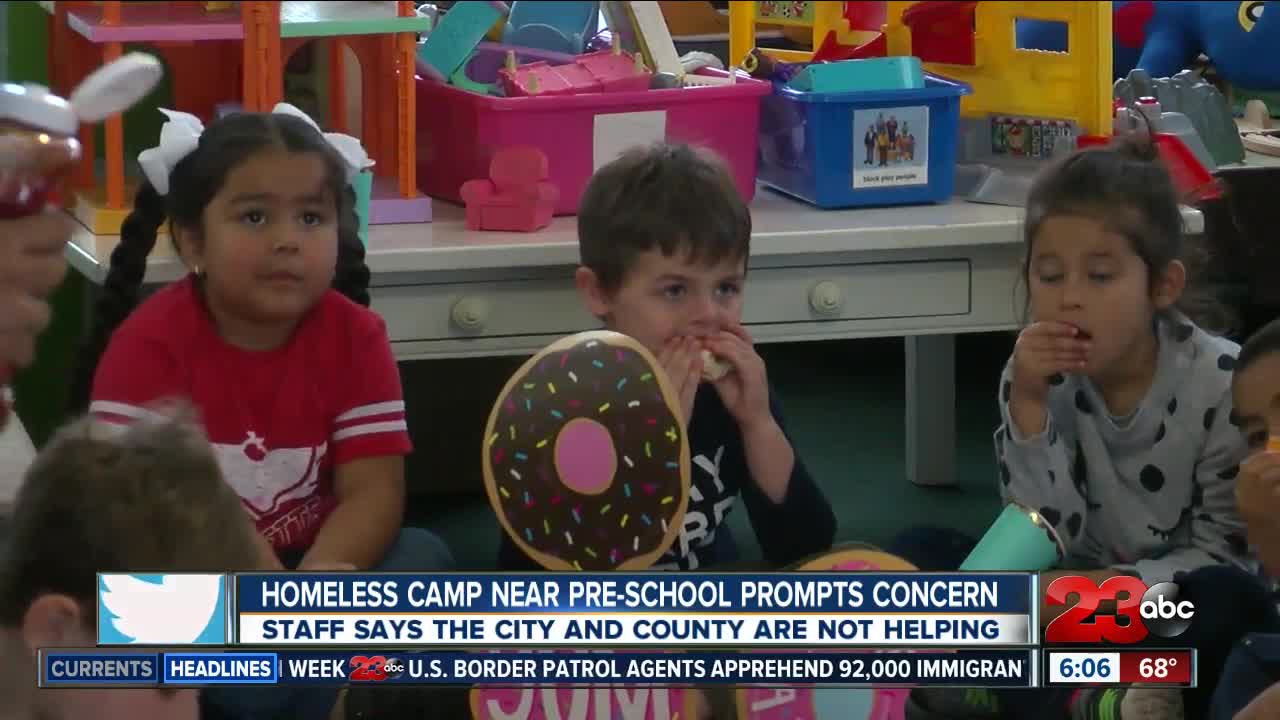 Parents and staff at Bakersfield Play Center say a homeless camp is bringing illegal dumping, trash and drug paraphernalia just yards away from the preschool.

BAKERSFIELD, CA. — Parents and staff at Bakersfield Play Center say homeless people are leaving behind trash, drug paraphernalia and furniture in an open field yards away from the preschool.

"This whole area, during the summer, is filled with homeless people doing drugs camping out. We have found needles, yesterday we found spoons, they were doing heroin and some other drug paraphernalia," said Anthony Hernandez, a parent.

Angiees Parza, the director of Bakersfield Play Center says this has been an ongoing issue for years.

The Bakersfield Play Center is on the border of the city and county line. Parza says neither are taking responsibility to get the area cleaned up.

"When we try to call we get put on hold or no one comes out and it is very frustrating because our children should come first," said Parza.

City officials told 23ABC that they have responded to the area multiple times, dating back to 2002. Back in June of last year, they cleaned up illegal dumping near the school.

However, city officials say the open field is county jurisdiction.

Officials with Kern County Code Compliance said they assessed the area Tuesday and determined the parcel of land where the issue is taking place is owned by Kern County.

According to county officials, they have notified a rapid response team and plan to clean up the area of land as soon as possible.

Parza and Hernandez say they hope the county or city can build a fence around the trees or cut them down in order to prevent more homeless people from congregating in that area.