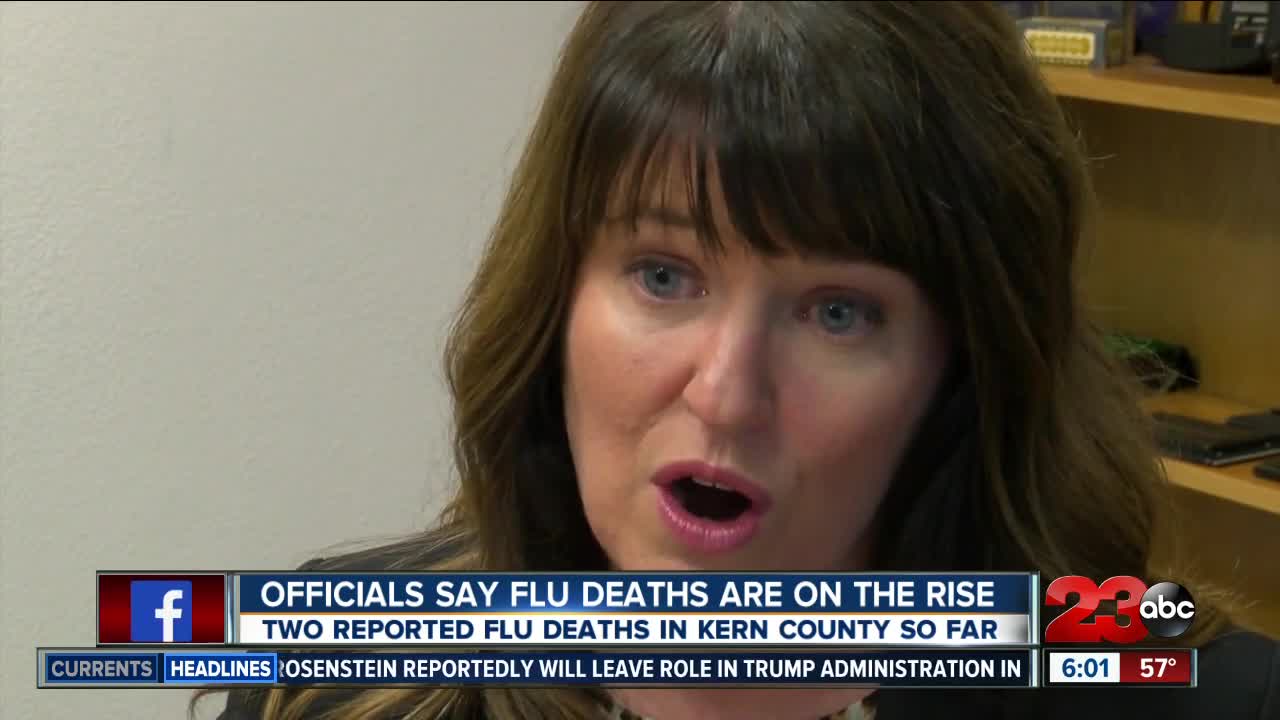 There have been two reported flu-related deaths in Kern County and peak flu season hasn't even started yet. This is prompting concern from officials who are urging everyone to get vaccinated if they haven't been already.

BAKERSFIELD, CA. — Flu related deaths in California are on the rise, according the Public Health officials.

There have been two reported flu-related deaths in Kern County this season. Officials said those deaths are earlier than normal.

"We are certainly concerned to already see two deaths associated with the flu this early in the season," said Michelle Corson, with Kern County Public Health.

Corson said peak flu season starts in the end of January through February.

"Just this week, Kern County dipped into what we call the 'red zone' which is considered widespread, the week before that it was not," said Corson.

Officials are urging people to get vaccinated, if they haven't already.

The Kern Public Health Department is still offering flu vaccinations for $9 at their clinic.