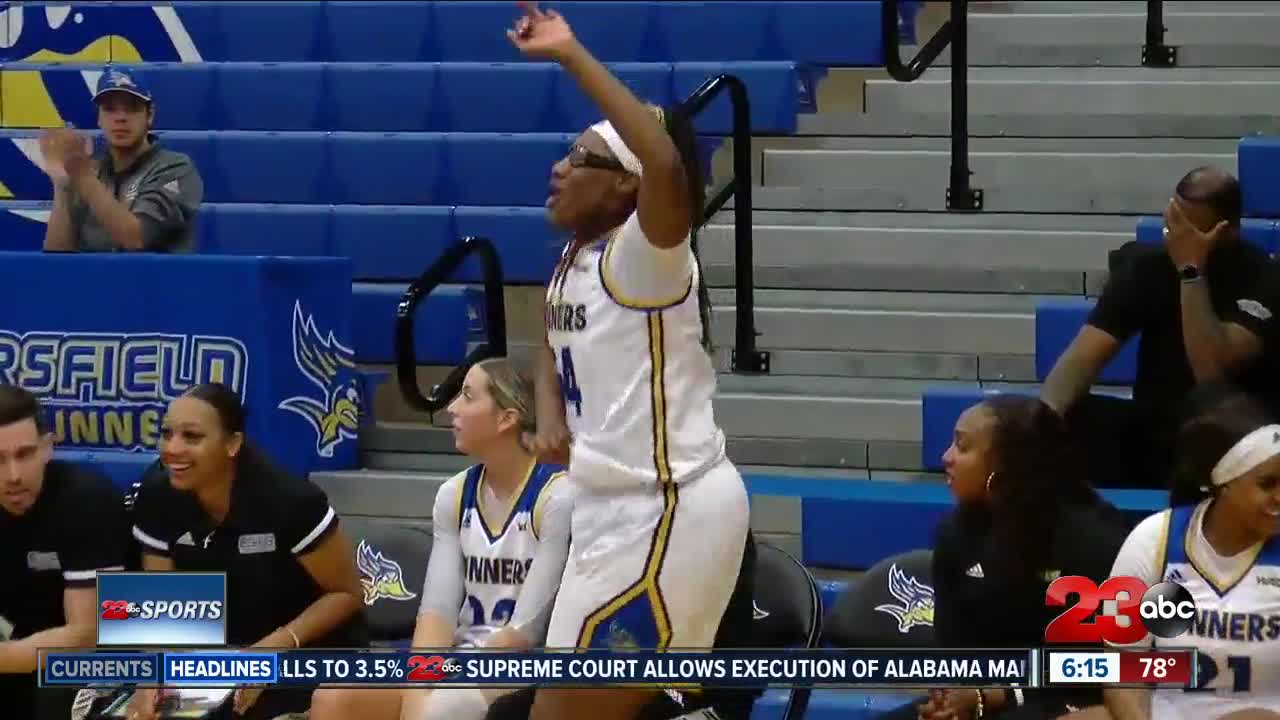 BAKERSFIELD, Calif. — The Cal State Bakersfield basketball teams are preparing for their final run in the Western Athletic Conference as they both face Grand Canyon on Saturday. The teams have different story lines from conference play heading into their season finales.

The men had a tough run from the start although many players have had highlights moments throughout the year. They just haven't been able to make it click all together.

Last week, junior guard Taze Moore led his team in scoring against UTRGV and then New Mexico State despite the team splitting the games. Head Coach Rod Barnes called it a sense of urgency but would like to see the whole squad come together.

"There's gonna be times in the game where, you know, your main guys are you go to guys, I gotta go make plays. I thought last week Taze tried to step in and do that for us and for us to be successful, he's going to have to continue to do that. And, then hopefully we need to get him some help," Barnes said.

For the women, they started hot in league play, riding the top of the standings, balancing their game on both ends of the court. As of late, for every win they've had, they have been handed two losses and now sit in the bottom of the WAC.

Head Coach Greg McCall says if they fix the little things then the ladies could turn things around.

"I think a lot of is like we sometimes we feel like we had the game at hand, going into certain, you know, the fourth quarter and then we'll just lose focus. And that's something that we continue to work on and get better at and get back on our winning ways," McCall said." And so I think you know, right now, we got to do it. This is the time to do it. You know where you can fix it. And so now when it gets down to crunch time, we can get back back to where we were before."

The men will be on the road at GCU while the women will host at the Icardo Center at 2 p.m.