Kennedy Thunderbirds may be underdogs but won't play like it 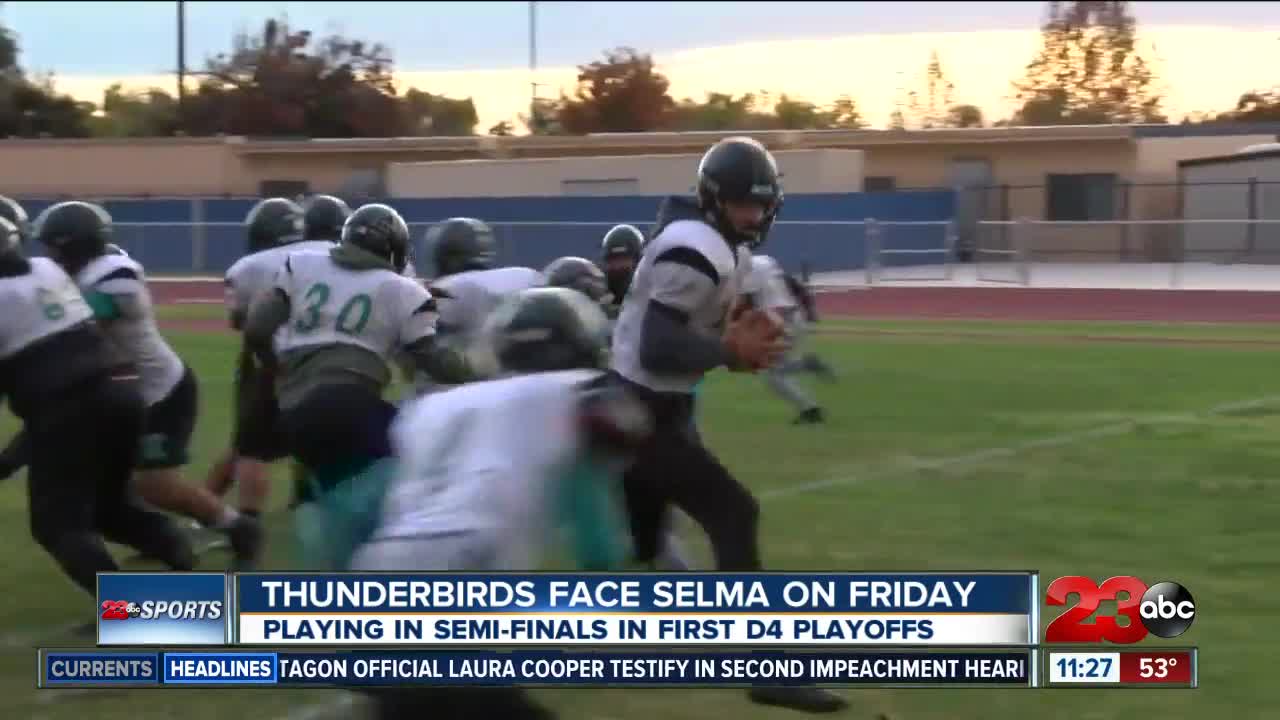 Now, in the midst of a deep D4 playoff-run, the team isn't backing away again. This Friday, the six seed will face the 2nd ranked Selma Bears, a team that ran over Wasco last week. Head coach Mario Millan knows his team isn't favored, but that isn't holding them back.

"We've always been the underdog so to speak," he said. "We're always the smallest group on the field, ya know and we don't carry all those monster athletes all the time. So our guys are kind of used to being in that position, they're fighters, they're blue-collar kids, they work in the fields over the summer. So to them, this is a great time to just be out there playing football, they love it."

Last year, Kennedy won a D5 Valley Championship and to make it to the semi-finals in year one after their division bump is quite an accomplishment. The Thunderbirds have played as a pose, offensive-mammoth all season long and it's led them to this point. Their closest derailing during the year came in those final two weeks, but the players are happy those losses came when they did.

" I think we were getting too carried away of of just winning and we didn't know how to lose," said senior linebacker Pedro Garcia. "We just needed to lose and that just opened our eyes and we just came back. We feel better than ever because to come back in D4 in the playoffs, it's way harder than last year in D5."

The Thunderbirds will travel just over an hour up the CA-99 to play at Tom Flores Stadium. When they get off the bus, they may not be the bigger, more athletic team, but they will most certainly give them a blue-collar effort.