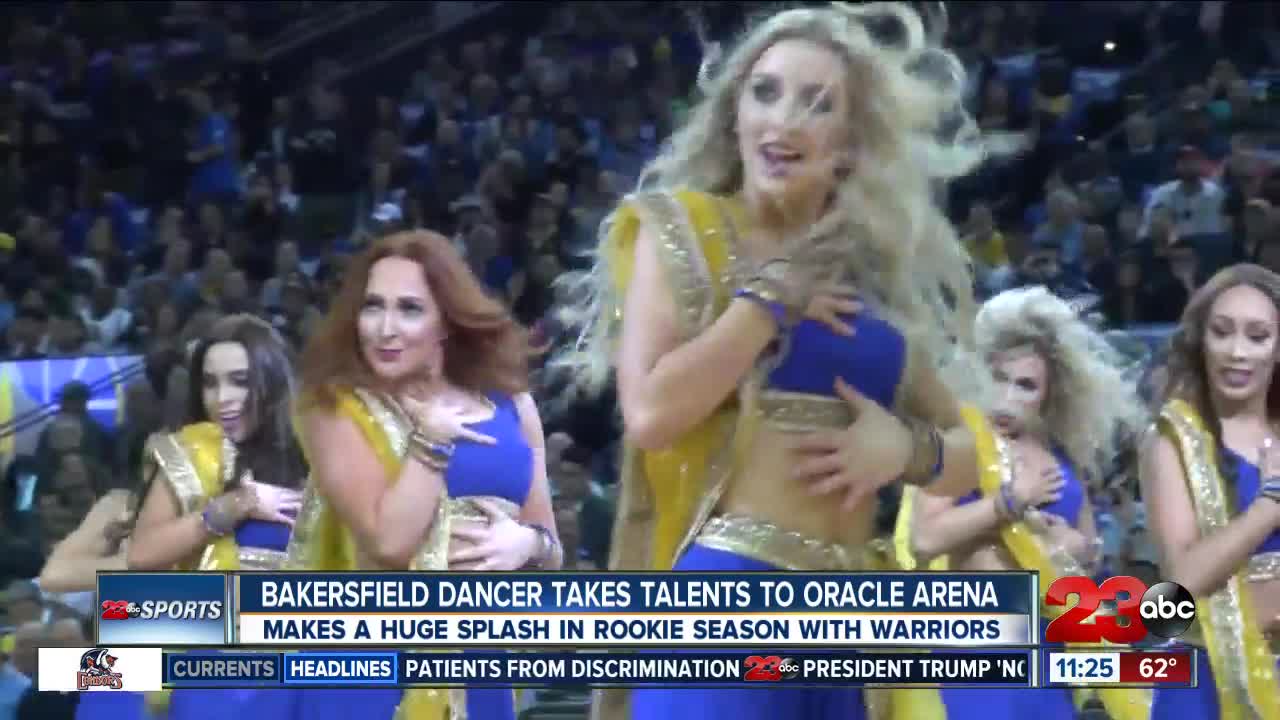 BAKERSFIELD, Calif. — Born and raised in Bakersfield, Hayley McBride found her passion in dancing when she was three years old.

“Dance has always been there for me through the good and the bad," said McBride. "It can either be an escape for me where I can get away from everything and kind of let myself go, but it can also be a playground."

“She really was at the studio from four in the afternoon, sometimes 3:30 [p.m.] if she had a solo practice, until eight at night," said Rhonda. "And she came back exhausted every night and got up the next day and did it again."

Hayley learned ballet, jazz, contemporary and hip-hop right here in Kern County. She put her skills to the test this summer with one of the biggest teams in the NBA, The Golden State Warriors.

“I put myself in the front and I just wanted to dance my heart out and show the judges that I was here to dance," said McBride.

Hayley, among hundreds of women competed for a spot on the dance team, and every week Hayley set herself apart.

But, Hayley says the challenge was all worth it after she made the team.

"She has phenomenal technique," said head coach of the Golden State Warriors dance team, Sabrina Ellison. "The ability to pick up really hard, technical dances and perform them on the spot... And just her personality, work ethic, and her style of performance was gravitating to watch. She’s a great fit to our team."

"She dances from the soles of her feet all the way up," said Rhonda. "Every time she goes out on the floor, you can see that in her. Oh, you’re going to make me cry."

In her rookie season, Hayley will dance in her very first NBA final as the Golden State Warriors take on the Toronto Raptors.