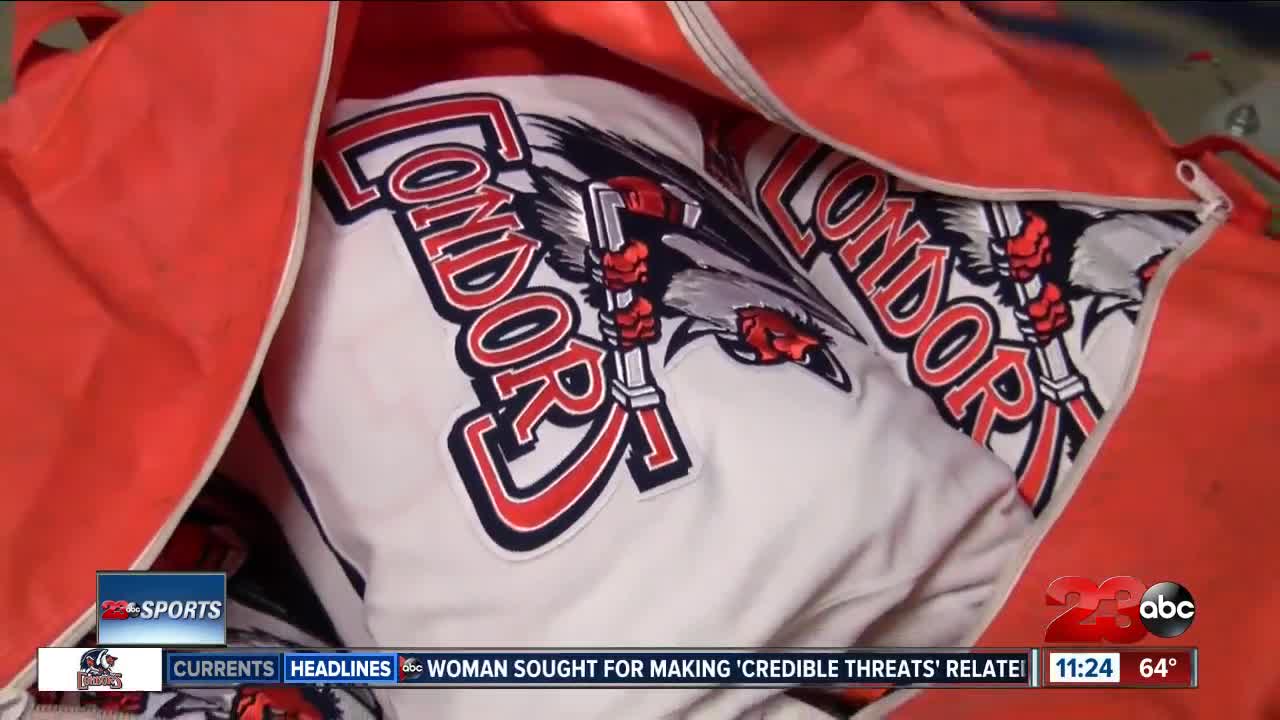 And as the Condors get ready for a playoff run, the question presented itself if anyone on this team has superstitions. Goaltender Shane Starrett likes to keep in clean.

“I always fold my clothes and put them in my stall, that’s one of things I do that guys look at me a little different," Starrett said.

And when asked if someone messes it up? He said: “I’ll just refold it (laughs).”

“I'm sure a lot of guys will shave the beards and kind of do the whole playoff beard. Other than that, some guys have their own thing, for me, I never pay too much attention to that. Kind of put my gear on and do my thing," Currie said.

Superstitions really come into play if the team is winning, and when this team was winning the most, 17 straight games, one player really didn’t want anything to change.

“Joe Gambardella was very superstitious during the streak. He did things at the exact same time every day,” Alan Oman.

And the head equipment manager for the condors is the one creating that perfect routine.

“Guys will want to come in the next day and do things the exact same way, if they asked for a new stick the day before, they’ll ask for a new stick again. They put their right skate on first. They’ll lace their skates outside over inside," Oman explained.

It’s all about the gear. Skates, sticks, pads, helmets, gloves. The list goes on and Oman is in charge to keep track of all the equipment and the back-ups, too. With the recent focus on packing up for playoffs.

Keeping one thought in mind.