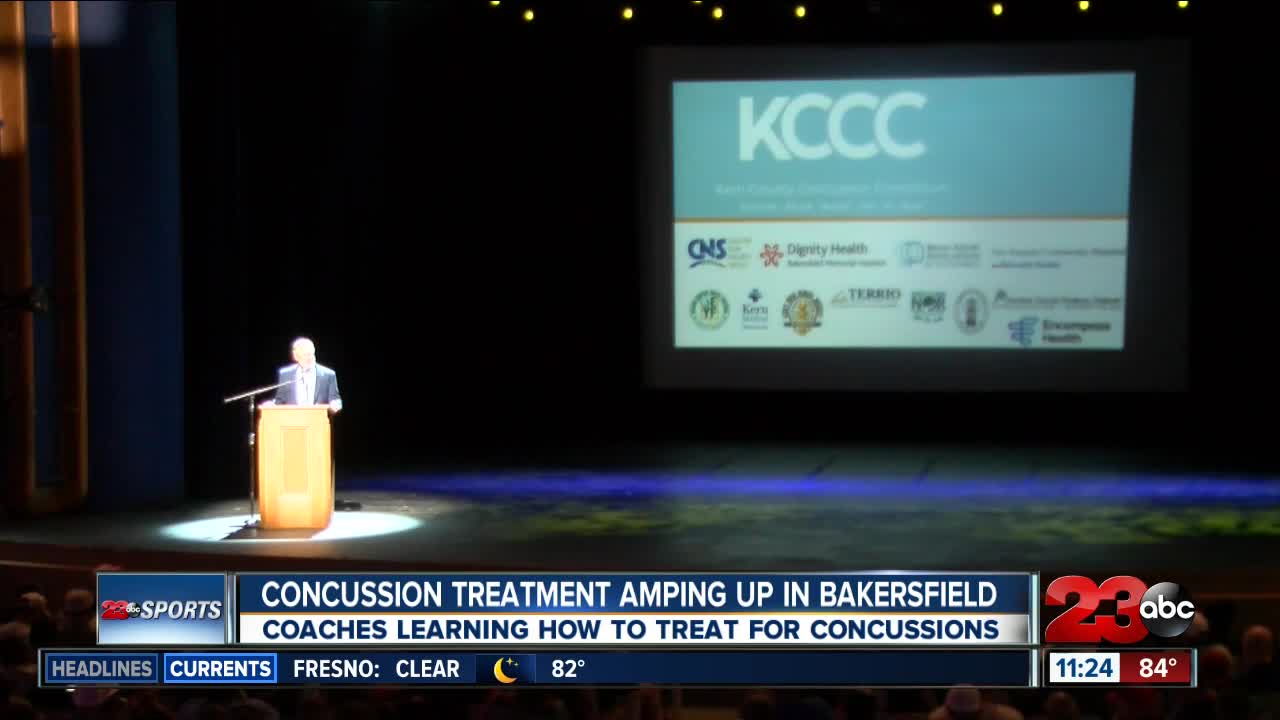 BAKERSFIELD — From youth, to high school and up to college, football coaches from all levels attended the Kern County Concussion Consortium on Tuesday night to learn about concussion and heat injury safety.

The main goal of the night was how to properly detect concussions, what to do if a player is showing signs of one and how coaches should be treating the heat during football practice.

David Harrington, the president at the Centre for Neuro Skills, spoke to the crowd and spread awareness on concussion safety.

"We know that there are more concussions happening in this community than are being reported," he said. "The goal here is to educate the community about concussions so that our student athletes can return to learn and return to the field safely.”

Bakersfield High School's head football coach Michael Stewart spent nine season in the National Football League. He is happy that concussion safety has come further than it was when he was playing.

"Back in my early days, we used to say, hey man I just got my bell rung," he said. "So now we know that those are probably concussions. Now, actually having some protocol on what to look for and what it is, you just get a kid out and before you go any further.”

For more information on protocol and concussion symptoms, you can visit the www.KCCC.US.