The Liberty Patriots are looking to answer the age old question: are we an underdog or just underrated?

The team believes they are the latter. 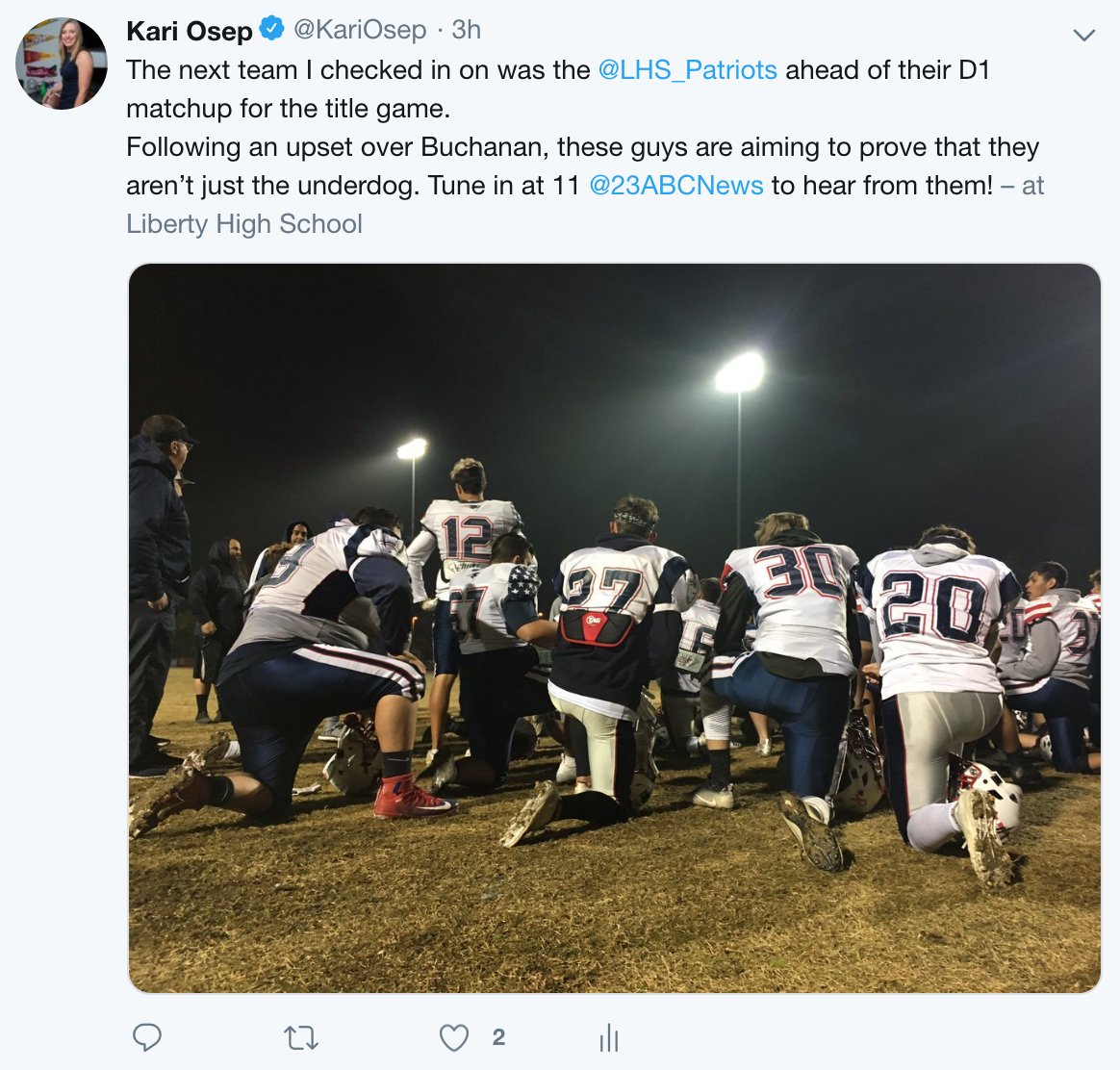 After beating No. 2 seeded Buchanan by a last second field goal, No. 3 seeded Liberty earned their spot in the valley championship. Avenging their lone loss on the season.

And, that wasn't the only gritty win by the Patriots as they battled for a 7-0 win against Bakersfield a month ago for a league title.

Now they'll get to face arguably the best team in the valley, the undefeated Central Grizzlies. But the Patriots know that if they execute what they do well, their run game and defense, another upset could be on the horizon. The team believes they have what it takes to make sure beating higher seeded teams didn't end last week as the Liberty seniors play in their first valley championship.