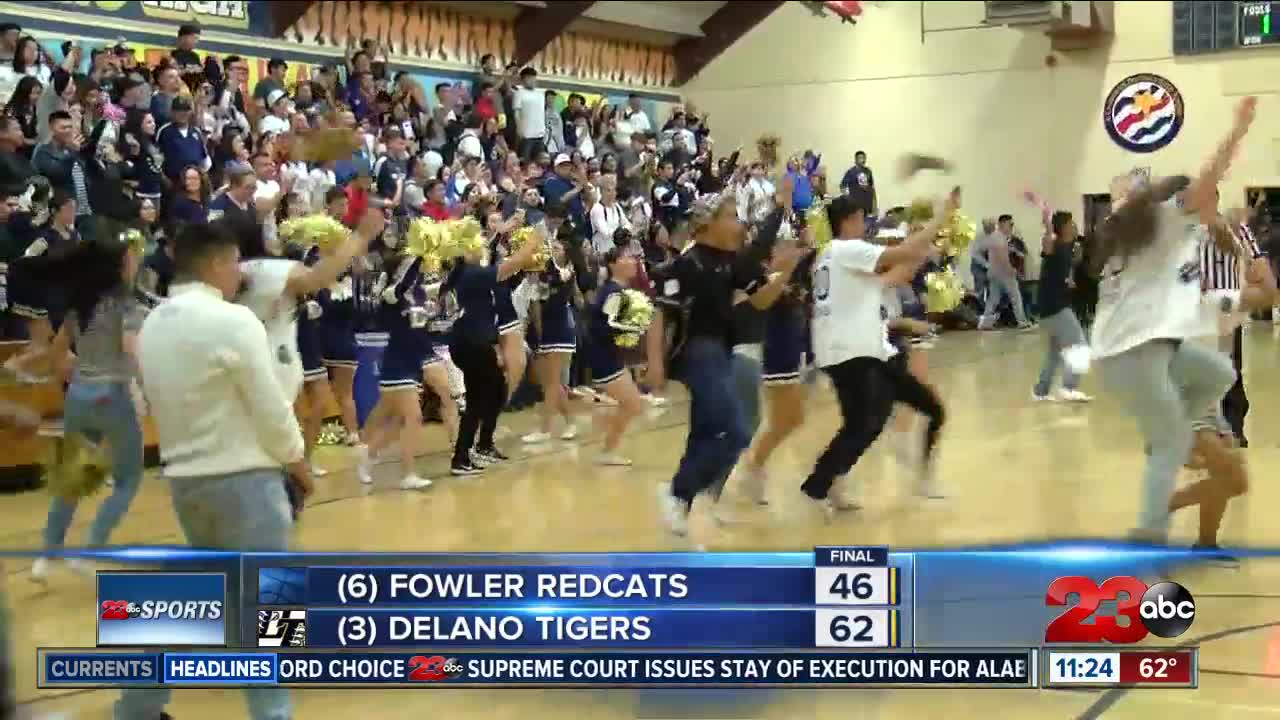 In boys Division 4, the No. 5 Bakersfield Christian Eagles escaped a narrow win against No. 13 Fontana-Summit. BCHS led by 15 points in the first half, but a strong showing in half two from the Skyhawks made things close down the stretch. The Eagles ultimately won 49-43. They will host No. 8 Narbonne on Saturday at 6 p.m.

The No. 3 Delano Tigers had no problem scoring in their Division 5 matchup against No. 6 Fowler. The Tigers were lead by junior Thomas Perez who went for 21 points to send them to the regional semifinals. Delano hosted their first ever state playoff game on Tuesday night and are now 2-0 at home. They'll hit the road to take on No. 2 Roosevelt on Saturday at 6 p.m.

In girls Division 5, the No. 4 East High Blades cruised past No. 5 Rubidoux 52-37. The Blades are now the only girl's team to remain in the tournament after Bakersfield High was upset in Division 2. East will travel to play No. 1 San Jacinto Valley Academy on Saturday at 6 p.m.