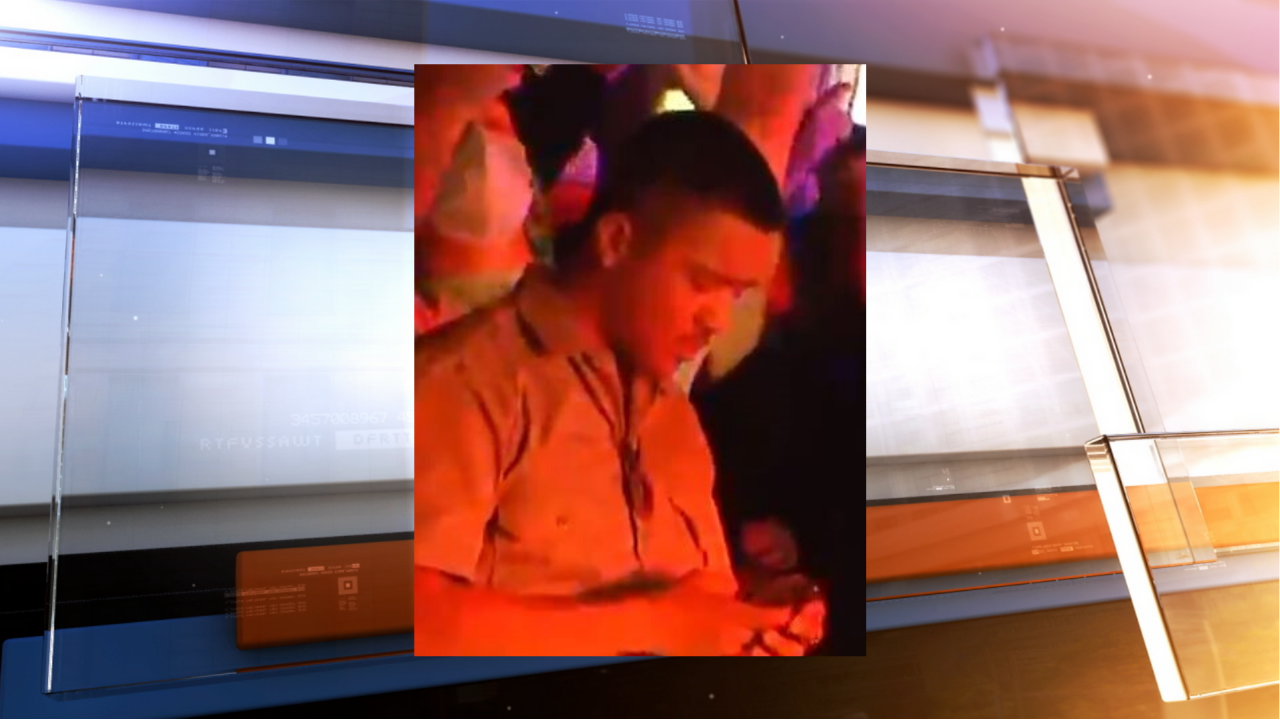 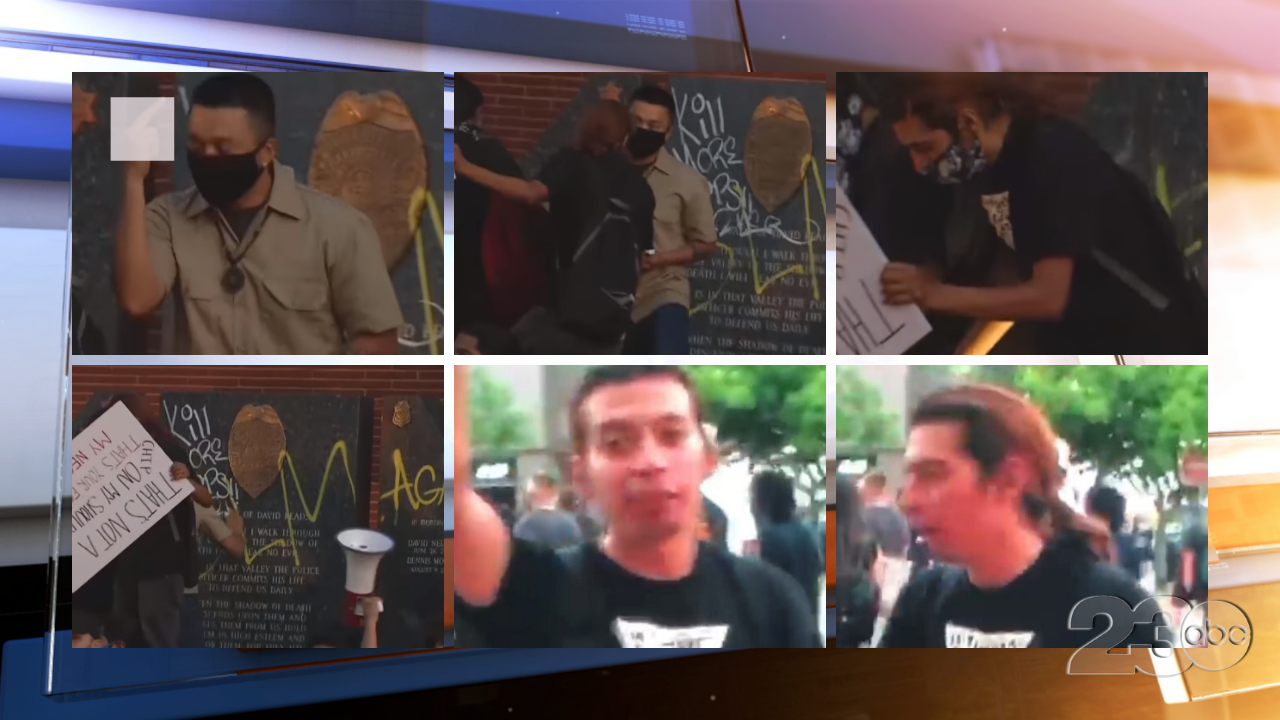 BAKERSFIELD, Calif. — The Bakersfield Police Department said it is looking to identify one of the suspects captured on video vandalizing the BPD Fallen Officer Memorial Friday night.

BPD said investigators reviewed additional video evidence related to the vandalism of the BPD Fallen Officer Memorial and found a photograph of a suspect without a mask. The suspect is described as an Asian male between 20 and 25 years old with short black hair, a slim build and and a tattoo on his left forearm. He was wearing a tan short sleeve button up shirt, blue jean pants, dark under shirt.

Another suspect is described as a Hispanic male between 20 and 25 years old with long red and black hair in a ponytail and a slim build. He was wearing a black short sleeve t-shirt with white logo, gray pants, and black backpack.

BPD is asking if anyone has video related to the assaults, vandalisms, or other criminal offenses that occurred between May 29 and June 1 at the protest events can submit the evidence here.