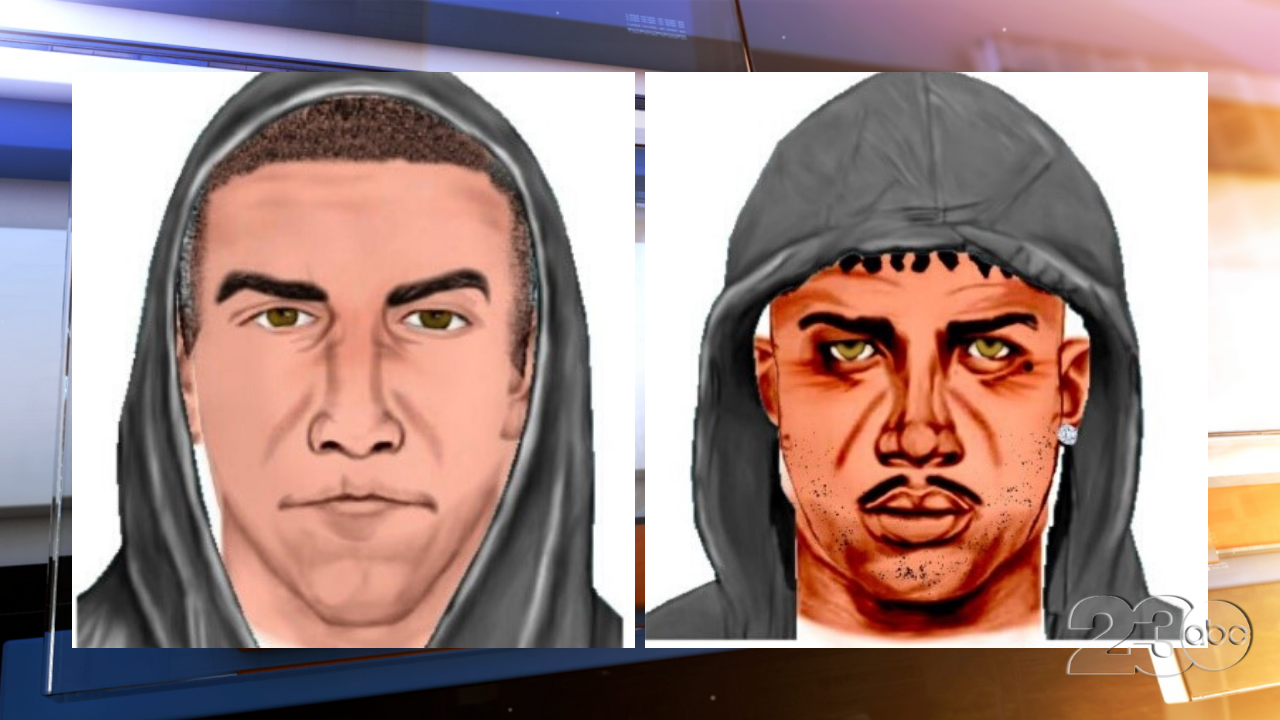 BAKERSFIELD, Calif. — Two men are wanted by the Bakersfield Police Department for questioning in regard to a sexual assault that took place last week in Downtown Bakersfield.

It happened last Tuesday in the area of 17th Street and E. California Avenue.

According to BPD, the first suspect is a Hispanic man between the ages of 20 to 30 years old. He is believed to be 5-feet, 10-inches tall with a medium build, brown eyes, dark short hair, and a tattoo with cursive writing on his left shoulder.

The second suspect is described as a Black man with light complexion standing six feet tall. He is believed to be around 30 years old with a dark short beard and a black dot tattoo under his left eye.