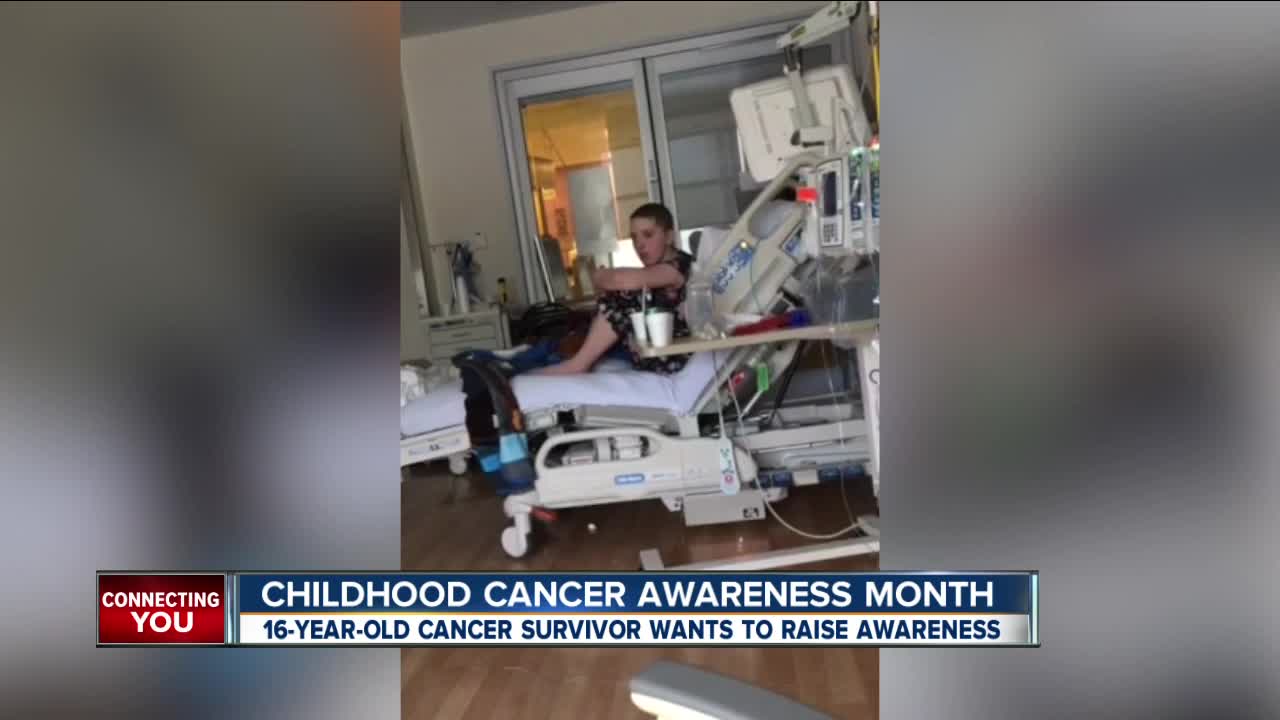 BAKERSFIELD, Calif. — September is childhood cancer awareness month, and one local cancer survivor wants to help get the word out.

16-year-old Chloe Dollar was born and raised in Bakersfield and goes to Bakersfield High School. She was diagnosed with stage four cancer three years ago at age 13.

"The symptoms of the cancer started in my left knee and it was a little ache, nothing to worry about. And then the ache progressively got worse and worse," Dollar said.

Dollar was diagnosed with stage four large B cell lymphoma. Her mom was the first to find out.

"And so I remember she had stuttered the words 'you had cancer.' At the time she did not tell me what stage it was. I later found out that it was stage four," Dollar said

"It was in multiple sites in her body so it was tough, I had to just go in the shower and cry and get it all out in times away from her to continue to be a positive support for her," Tamra Dollar, Chloe's mom.

"Not a lot people make it through that stage and so I'm very lucky to be sitting here doing an interview with you right now," Chloe said.

Chloe underwent months of chemotherapy, and got a bone marrow transplant from her brother. After all was said and done, she was cancer clear -- her mom once again the first to know.

"And she goes that was your doctor who called, she just said that you have no more live cancer cells. And so I just started crying, I'm going to start crying now," Chloe said.

Dollar credits her family, god, and her dogs for helping her through the tough time. She says she's seen a lot of kids battle cancer, including her good friend Arisa who she met during her recovery, who died at just 6 years old.

Kidsbeatingcancer.com says 46 children are diagnosed with cancer each day, and it is the number one disease killer for kids. Chloe is thankful for her life.

"Once you've been through that it really prompts you to make people aware that cancer doesn't discriminate, whether it's your age, your race, your economic status, it doesn't care," she said.

Every Friday this month, Chloe is spending her school lunch periods bringing awareness to childhood cancer. She gives out goodies and information to students and staff.

Some charities that benefit children and families affected by childhood cancer include Second Star to the Right, Tiger Fight, and Bags of Love.