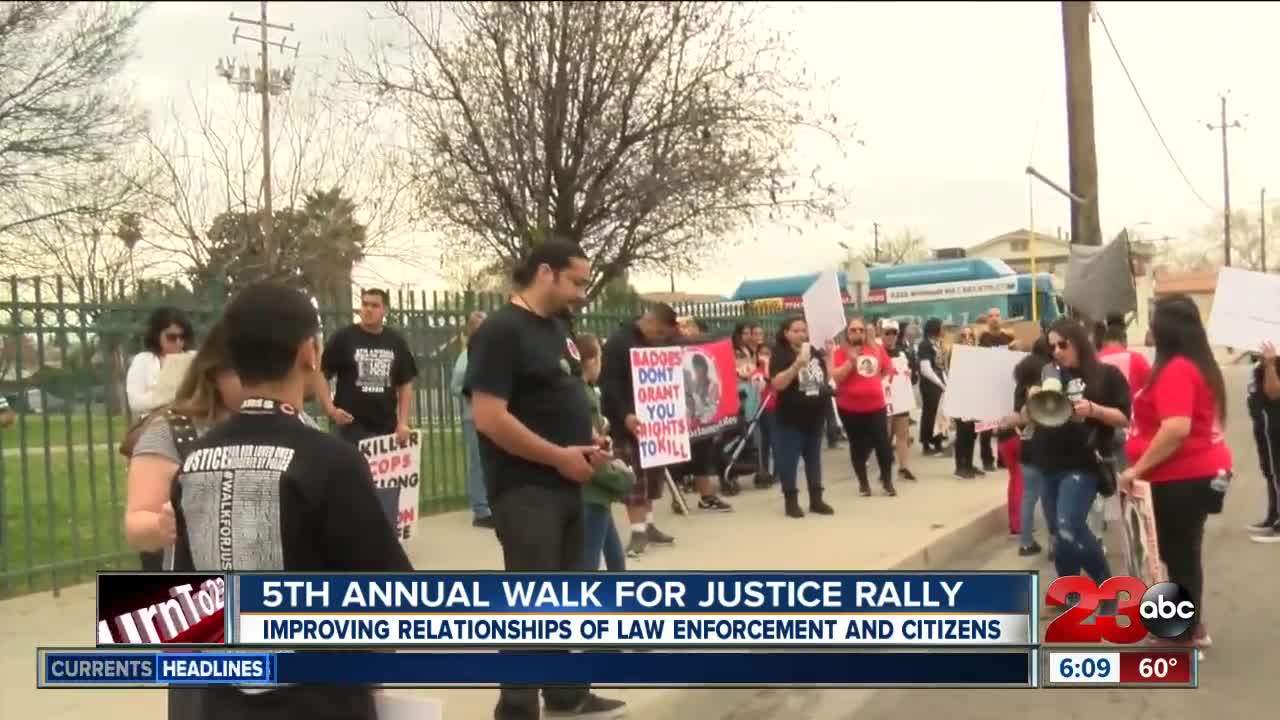 These names and more could be heard for blocks in East Bakersfield on Saturday, March 23 at the 5th Annual Walk for Justice rally.

Families, community members, and faith leaders walked for miles in honor of loved ones who have been killed by law enforcement and to protest police misconduct. The event bringing some to tears.

“That was my son, you know? And I don’t ever get to see him again,” said Ann Cortez.

Cortez is the mother of Santino Travino, a 20-year-old Bakersfield native who was killed by Los Angeles police officers in 2017.

Nash is the mother of Christopher Okamoto, a 21-year-old who was killed by Bakersfield Police Officer Alejandro Patino in August 2018.

While some take to the streets to protest this issue, Community T.R.U.S.T.T. hosts workshops, open forums, and trainings with law enforcement and residents in order to promote mutual understanding and respect.

“We have to work with law enforcement. We have to address this,” said the group’s co-founder, Nancy Renfro.

The organization says law enforcement has overall responded positively to their efforts.

“In a very short amount of time, they got the police on board. I was really surprised,” said Sara Chan Pettiford, a member of Community T.R.U.S.T.T.

And the group says that it takes the actions of both citizens and law enforcement to rebuild trust.

“Our concern is to build trust with law enforcement. It’s a two-way street and I think we’ve at least been able to accomplish that,” said Renford.

“There’s no disrespect. I guess that’s the best way to put it,” said, Jerry Pettiford, a member of Community T.R.U.S.T.T. There is disagreement, there is cause for emotions to come up but we never lose sight of the respect that’s due to one another.”