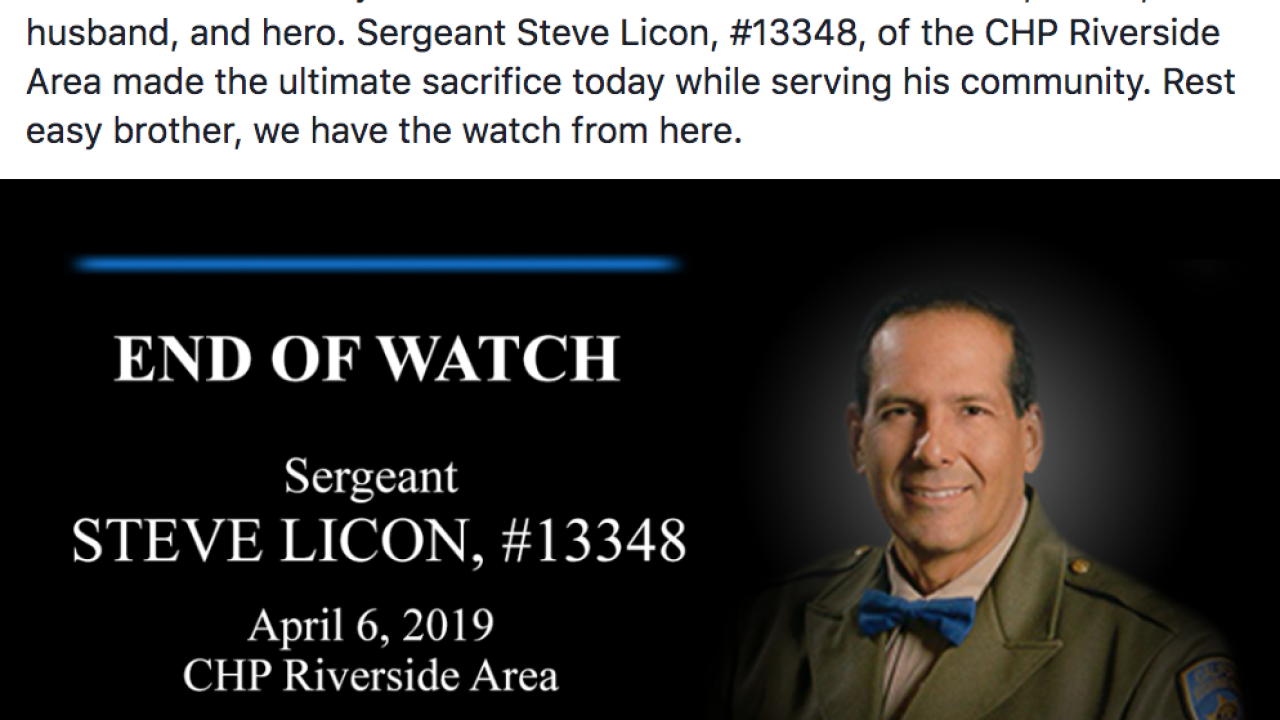 #NEW: Michael Callahan booked for murder after crashing into CHP Sgt. Steve Licon on I-15 in Riverside County.
It was a suspected DUI.
Prior @abc30 story:https://t.co/ihgBFTK0tU pic.twitter.com/2paXj6VZbC

The ceremony was held at the CHP Academy in West Sacramento.

Sergeant Licon was assigned to the Riverside Area CHP office since January 2013 and had previously worked in the Baldwin Park and Santa Ana CHP Areas. He is survived by his wife, Ann; daughter, Marissa; and step-daughter, Kelly.