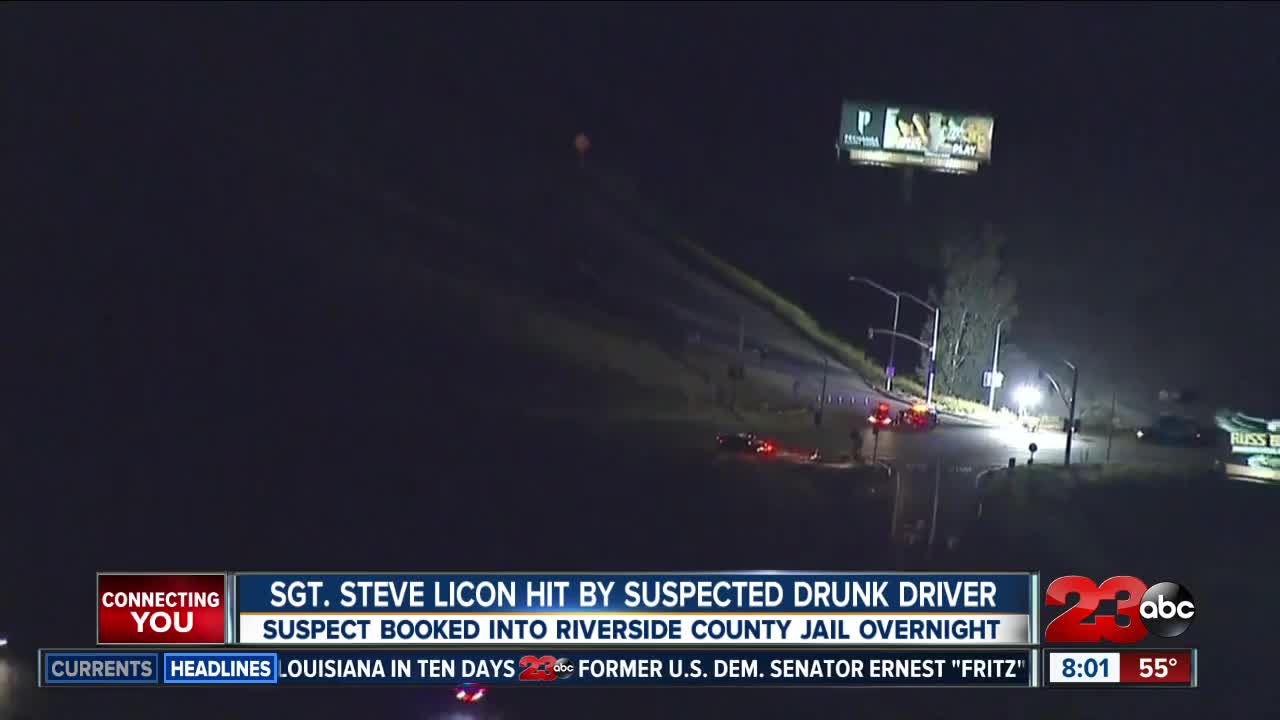 LAKE ELSINORE, Calif. — 36-year-old Michael Callahan was booked overnight into Riverside County Jail on felony murder charges after crashing into CHP Sgt. Steve Licon on I-15 in Riverside County, according to ABC30.

Callahan is suspected of drunk driving on the freeway in Lake Elsinor Saturday when he struck and allegedly killed Officer Licon.

Officer Licon was airlifted to a hospital prompting a closure of the southbound lanes where he was later pronounced dead.

A procession stretching more than a mile long made its way to the Riverside County Coroner's Office in Perris from a hospital in Wildomar as Licon's body was transported.

#NEW: Michael Callahan booked for murder after crashing into CHP Sgt. Steve Licon on I-15 in Riverside County.
It was a suspected DUI.
Prior @abc30 story:https://t.co/ihgBFTK0tU pic.twitter.com/2paXj6VZbC

Licon, a 27-year-old veteran was also set to retire next year. He is survived by his wife Ann, daughter Marissa and step-daughter Kelly.

Anyone who wishes to donate to his family can contribute to the Sgt. Steve Licon Memorial Fund, managed by the CHP's credit union.