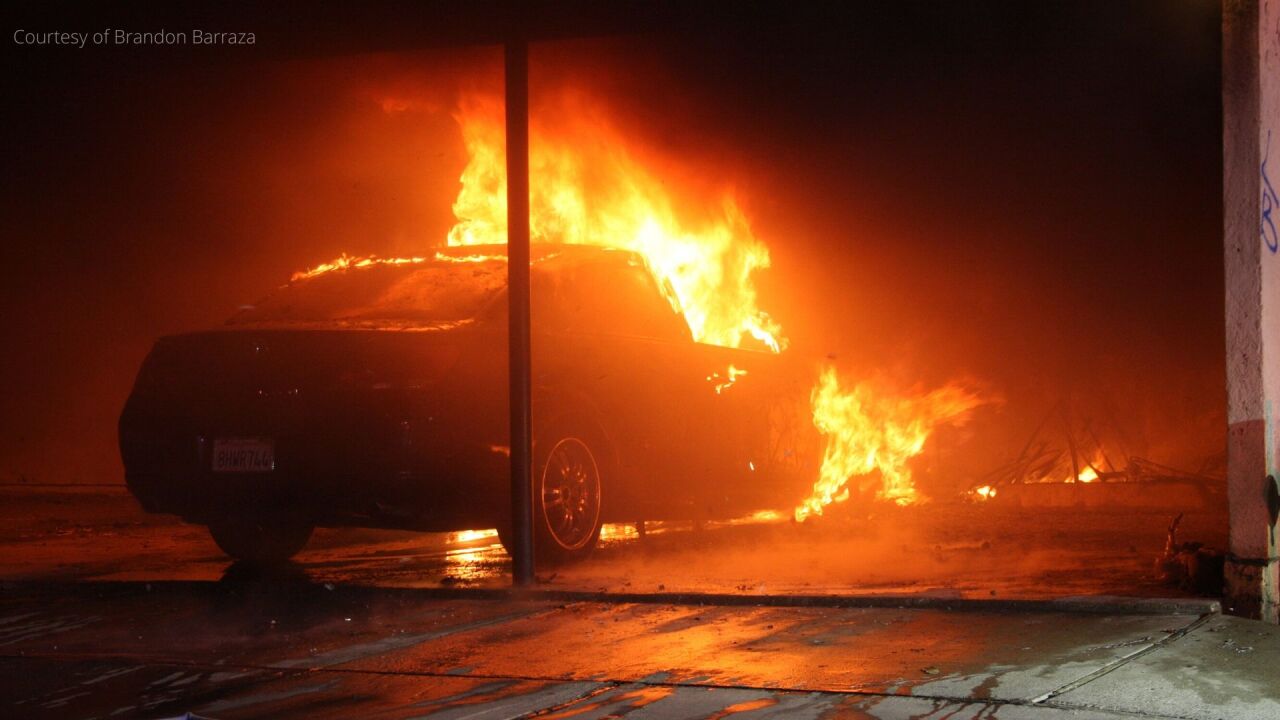 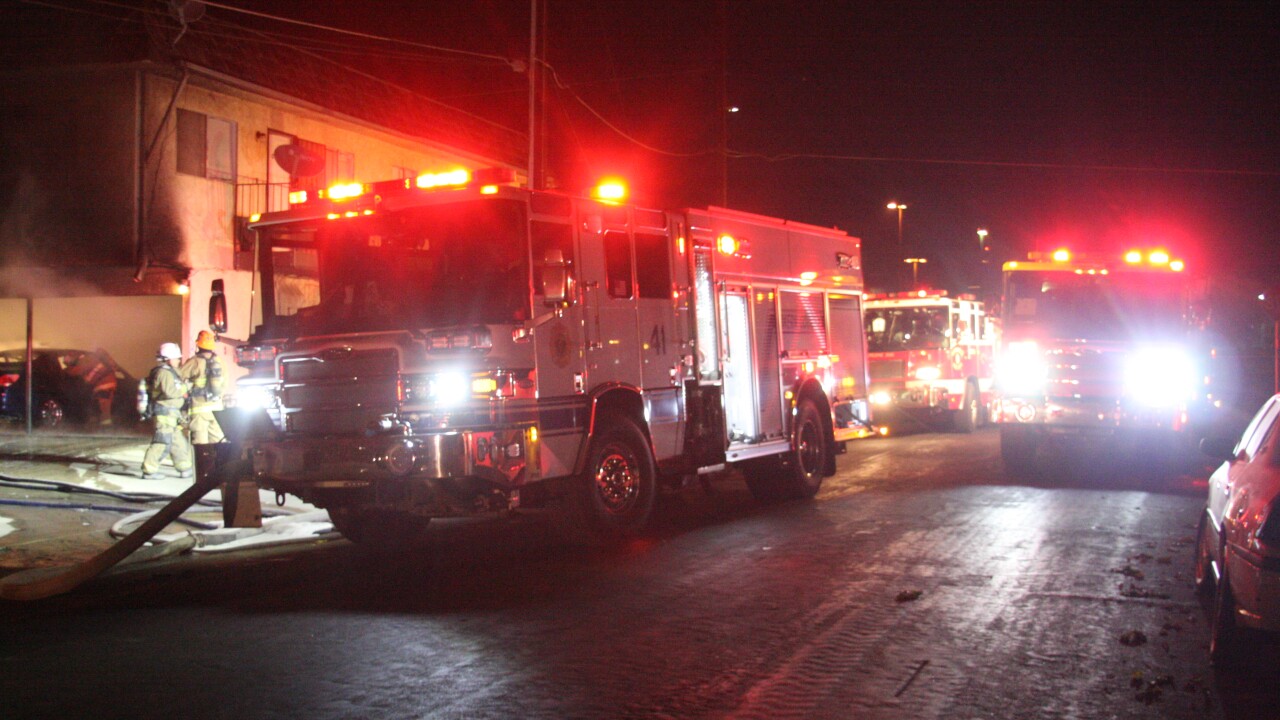 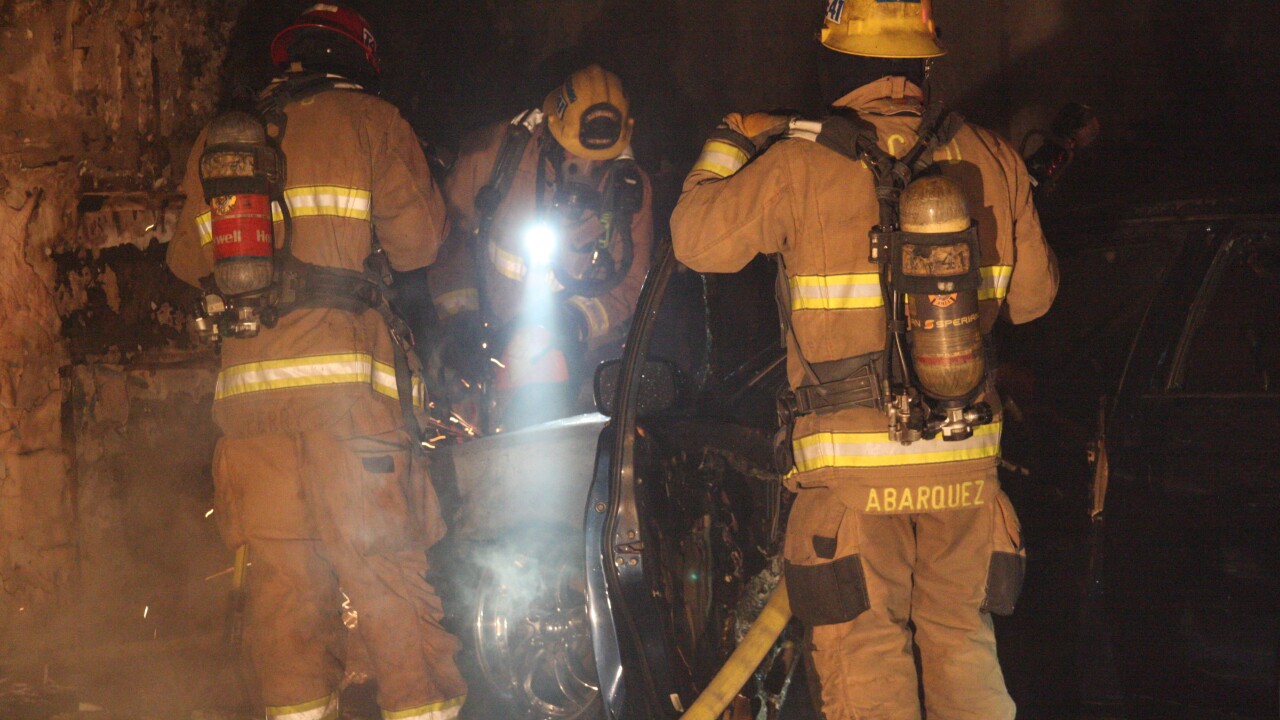 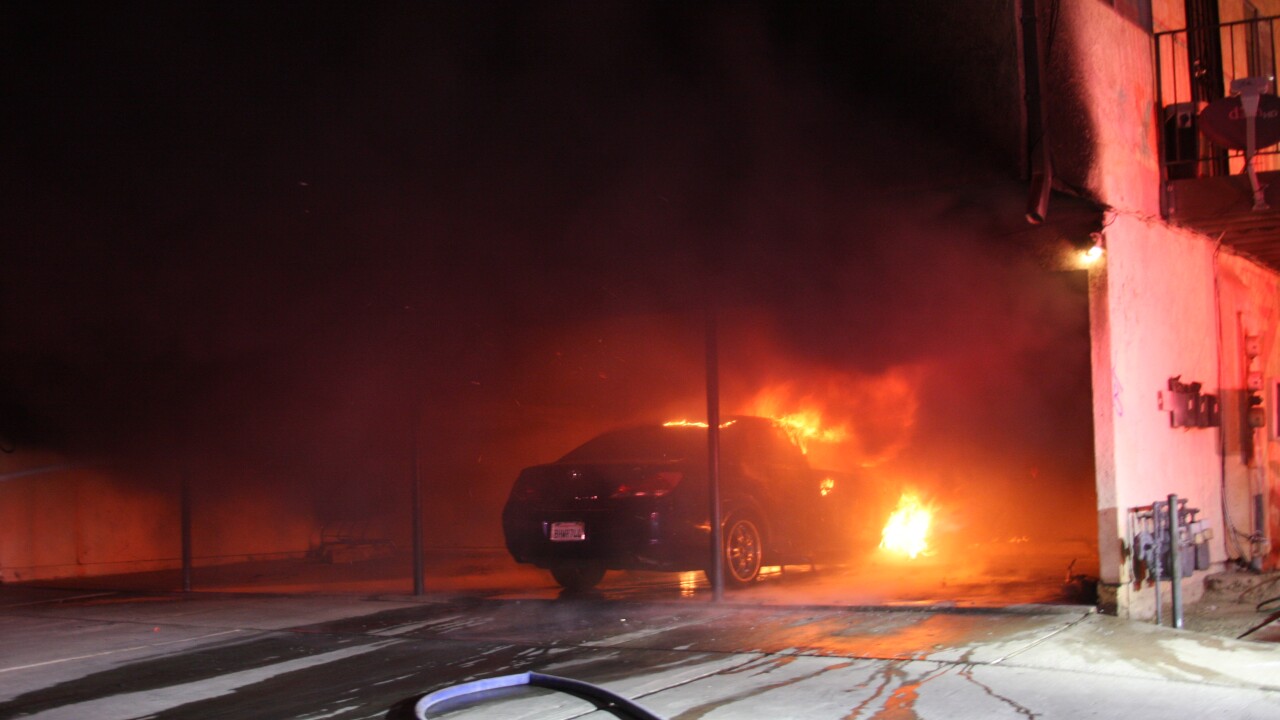 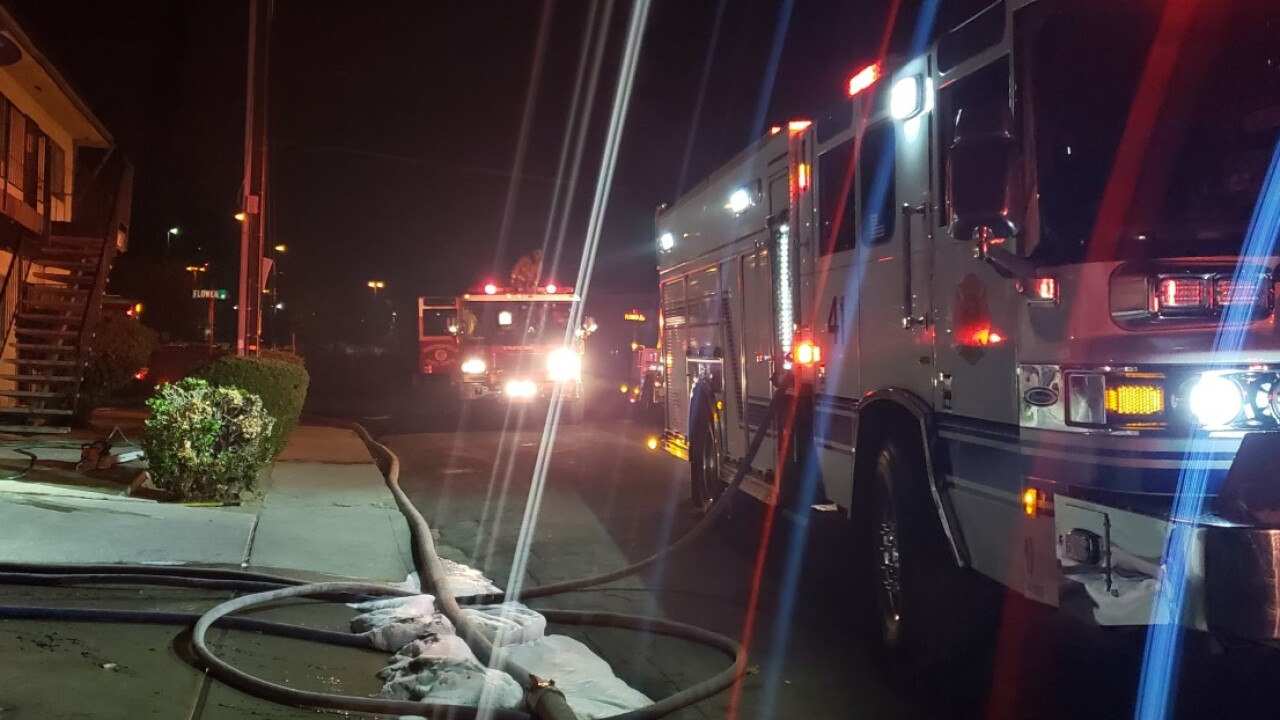 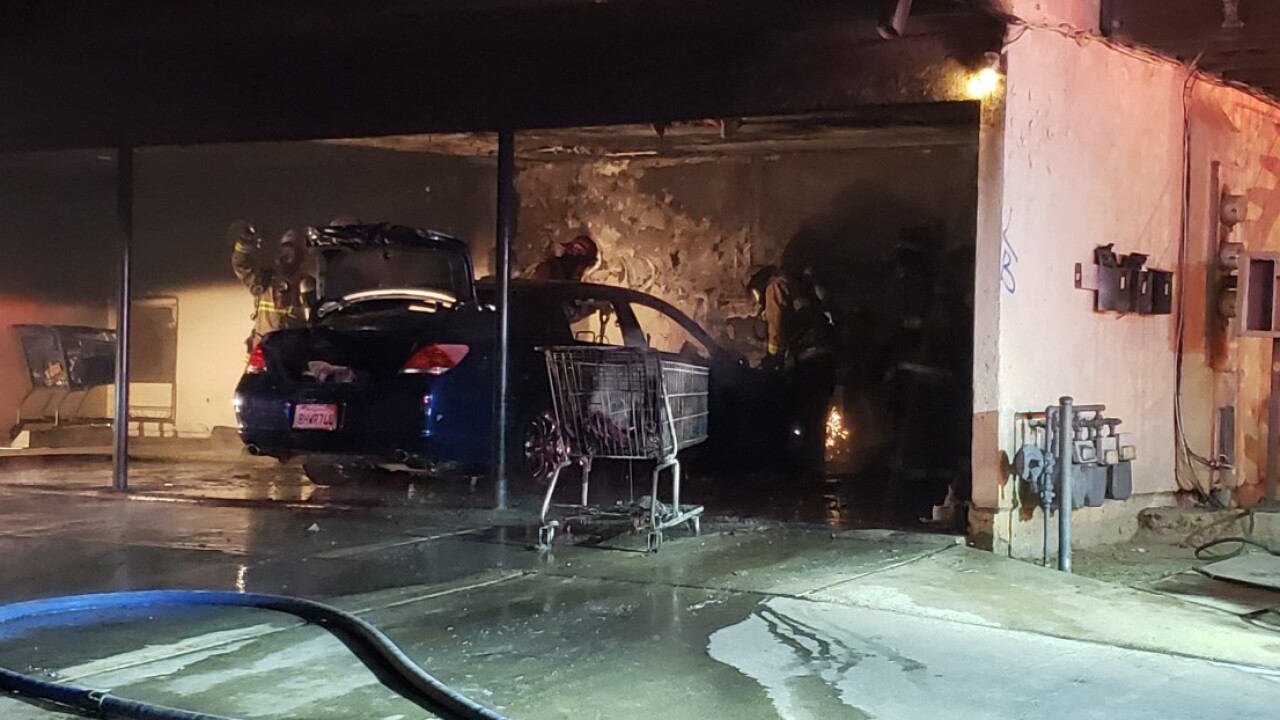 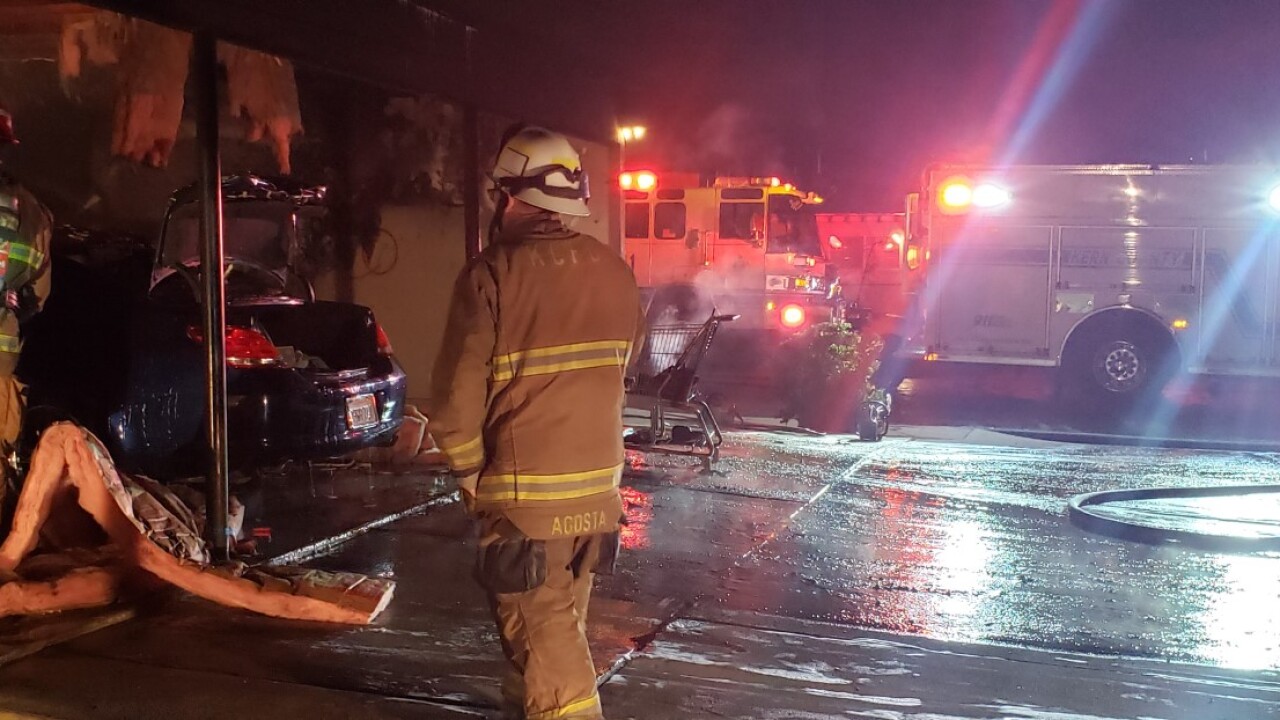 Kern County Fire and the Bakersfield Fire Department responded to the scene at the corner Palm Drive and Flower Street. Crews were able to put out the fire and evacuate the entire building with no reported injuries.

The car threatened one apartment within the complex, occupied by one woman. KCFD officials said they expect to clear the apartment of damage and return the woman to her home by Monday night.

No other apartments within the complex where seriously threatened from the blaze.

There is no word yet on what caused the car fire. The investigation is on-going.