Digital Lightning in a Bottle event live streaming this weekend 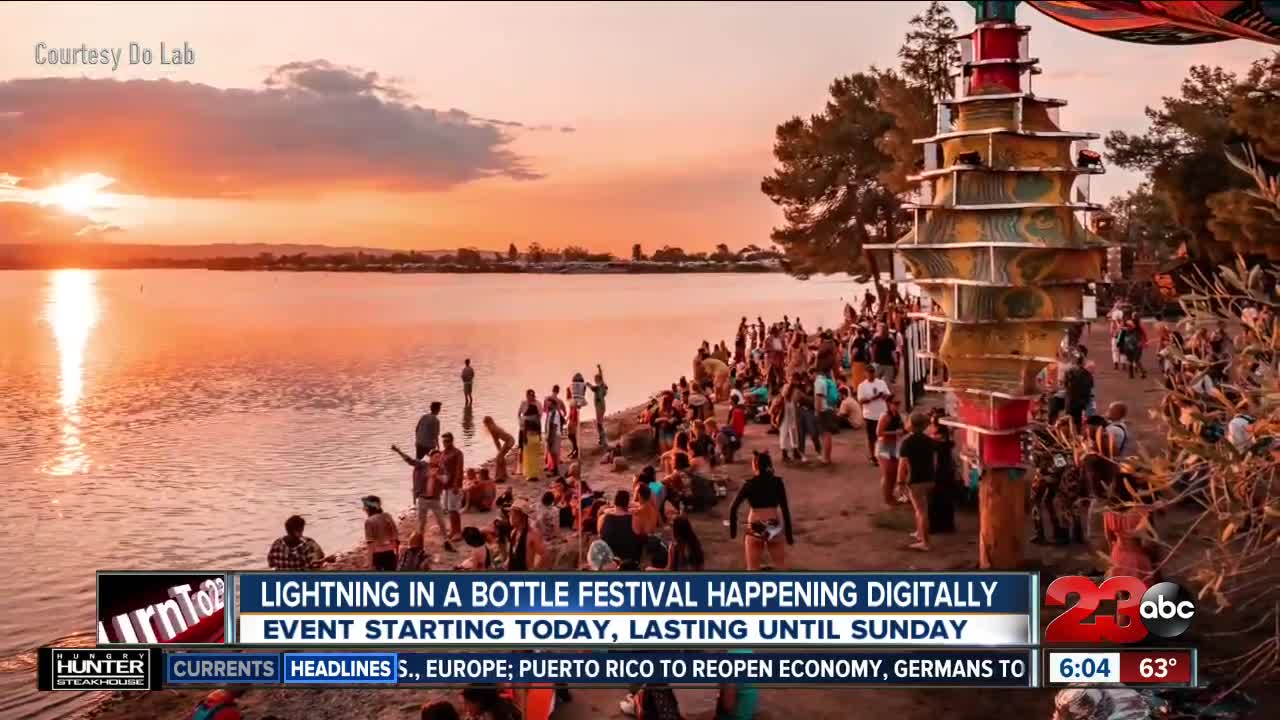 BUENA VISTA LAKE, Calif. — The 2020 Lightning in a Bottle Festival had to be canceled this year, but that doesn’t mean you can’t still get your fix of music, art and yoga. Presenter Do Lab is holding a digital festival this weekend.

Do Lab is a small business, and they say they were crushed by the loss of this year’s big Kern County event.

“To put so much into it and just have it pulled out from underneath you, having no control over the situation, it was pretty tough," said Dede Flemming, president of Do Lab.

The festival would have been taking place this weekend, bringing thousands of people to the Buena Vista Lake area, but he pandemic has postponed concerts and festivals for the foreseeable future. Do Lab is streaming the digital event for free.

“So we pre-recorded some of the DJ sets on a green screen and they're actually going to be performing in some of our unique and custom stages that lib is known for," Flemming said.

'DGTL LIB' won’t feature everything that the normal festival would, but it’ll have a lot of it according to Flemming. The event’s lineup features a wide array of artists performing Friday through Sunday. Although some will be pre-recorded, others will be live. And DGTL LIB isn’t only a music show.

Flemming says as far as next year’s festival goes, everything is still up in the air about whether they’ll be allowed to do it.

Do Lab says they are working with people to refund tickets for this year’s festival. To watch the live stream you can go to the event's website.