Family warns of symptoms and health dangers of vaping 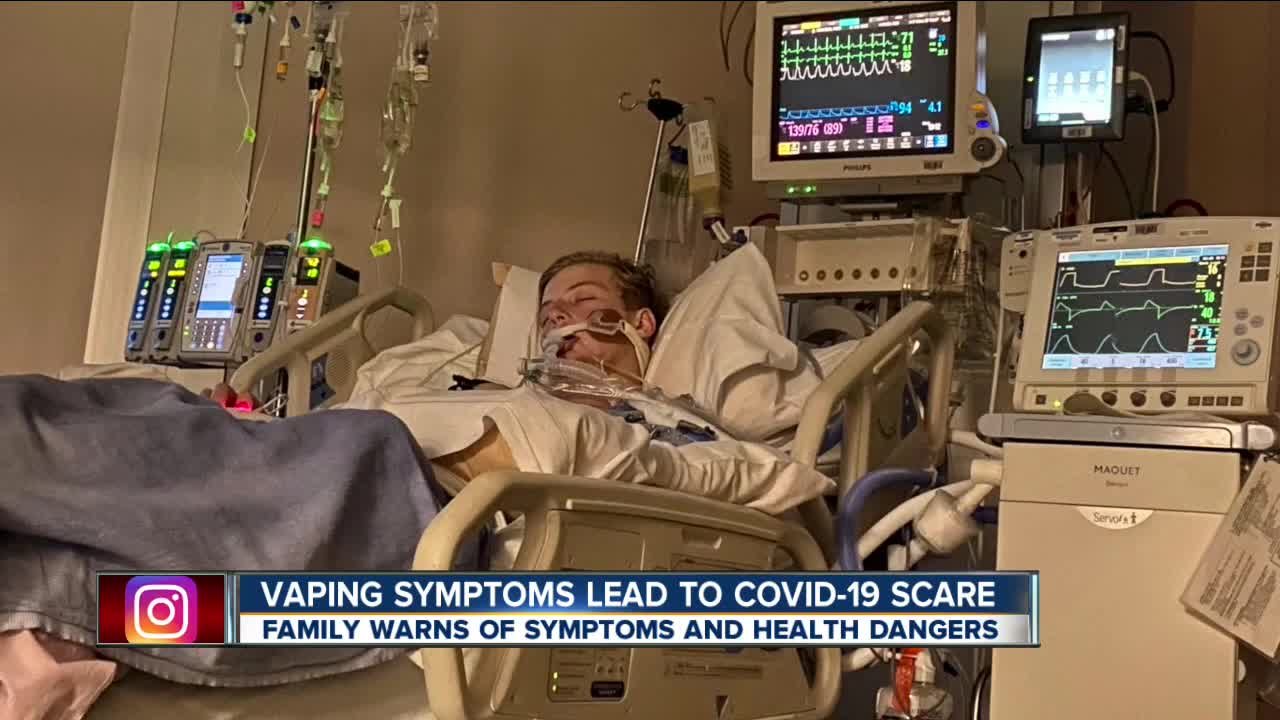 After a negative COVID-19 test result a local family realized something else almost cost their son his life.

BAKERSFIELD, Calif. — This past march 16-year-old Ryker Schamblin had a cough along with nausea and vomiting for about a week. So, his parents took him to urgent care where he got an x-ray, doctors thought he had pneumonia and prescribed standard medications and sent him home.

A few days later Ryker hadn’t improved and was still having trouble breathing, so they took him to the emergency room.

“Immediately kind of thought it was a COVID to be honest with you. He had the clinical picture of a COVID presentation,” said Mark Schamblin, Ryker’s dad.

Ryker was immediately admitted into the intensive care unit. He was put on oxygen, and given an x-ray, CT scan and was tested for COVID-19. After his first night in the ICU his breathing worsened, and doctors said he had acute respiratory distress syndrome also known as ARDS. The next morning doctors told his parents his x-rays were ten times worse and he needed to be intubated immediately.

“As dad it’s a nightmare. I’ve said often times if there’s one thing that could break me it would be losing a kid or losing him. So, as a dad it’s painful and as a doctor who’s seen these things sometimes go the wrong way, you can’t help but panic that he’s not going to come out of it,” said Mark.

Ryker’s doctors began some treatment but were waiting for the result of his COVID-19 test to ensure the next best course of treatment. The hospital even sending the COVID-19 test out of town to get faster results.

His test came back negative but while the nurses prepped Ryker for the ventilator, they found a clue that lead to the right diagnoses, vape pens.

Ryker was placed on a RotoProne bed, used to treat acute respiratory distress. Part of the bed treatment required him to be placed facedown for 16 hours. His family said it was hard to sign off on the treatment once they saw the risks which included, facial disfiguration, blindness and skin wounds.

“That was the hardest part was while he was on the RotoProne bed because we couldn’t see him,” said Dana Schamblin, Ryker’s mom.

After eight days of being in a medically induced coma and a series of breathing tests, Ryker finally began to recover.

His parents said they took pictures because, “We wanted him to be able to see them and see what he went through. I mean our word versus - pictures speak for themselves,” said Dana.

Ryker is home now recovering, he lost 30 pounds in the hospital and said he never thought this would happen to him. He also hopes he can let other people know the danger of vaping.