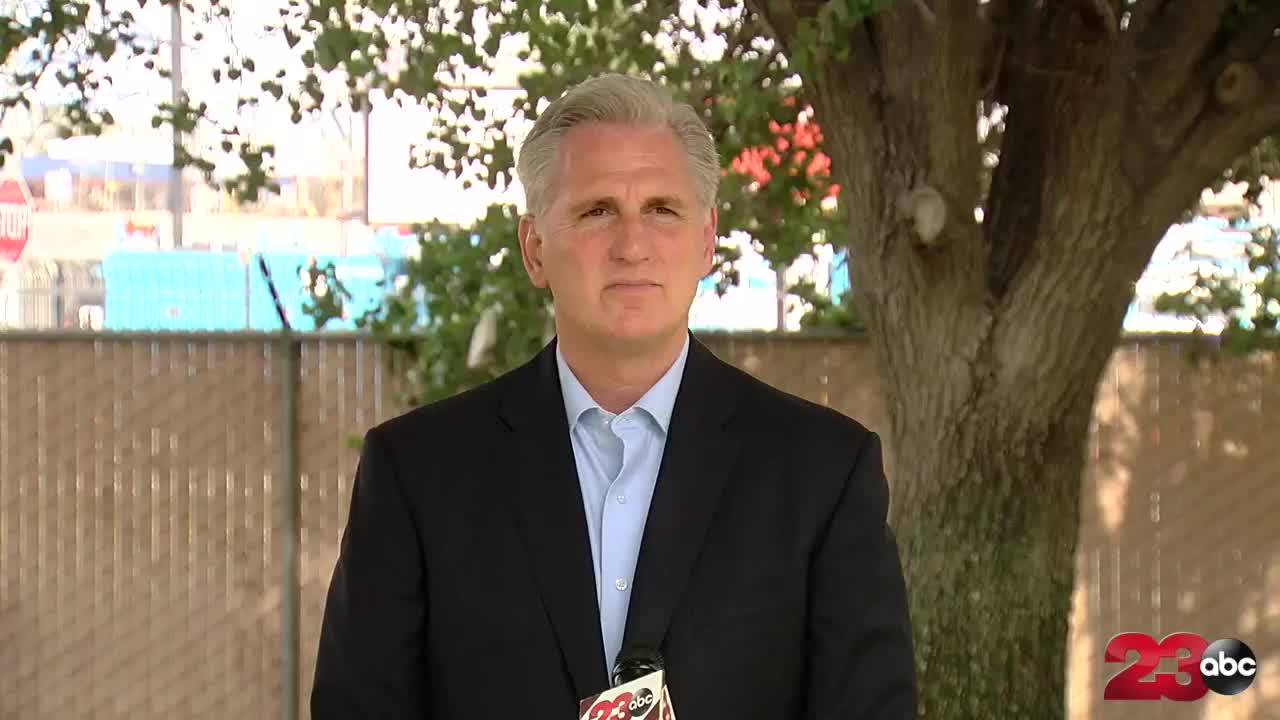 Local Congressman and House Minority Leader Kevin McCarthy stopped by 23ABC studios today to share his thoughts on recent events in the community.

Protests began to spark last week in response to death of George Floyd, who was killed after a former Minneapolis police officer knelt on his neck for nearly nine minutes.

McCarthy taking to social media in response to Floyd's death and the recent protests. In one tweet, the congressman wrote:

I support the President in restoring law and order. Keep America safe!

During his stop at 23ABC, McCarthy said that he supports the right to protest, but see's a difference in protesting and violence. McCarthy calls on protesters to organize and keep the peace.

On twitter, McCarthy highlighted a recent protest in Bakersfield, in which a 15-year-old girl was injured after a vehicle drove through a crowd of protesters. McCarthy wrote in response:

We all have a right to protest PEACEFULLY, but destroying lives, businesses, and communities will NOT get us the solutions we should be striving for.

McCarthy said he believes that violence is no way to honor the life of George Floyd. He said he hopes protesters will look towards examples like Martin Luther King Jr. and organize peacefully.

"That is the point, that if you really want to live to honor George's life, I think living through what Martin Luther King, the spirit of what he said," McCarthy said. "The idea to be able to protest in peace, not what we're watching throughout this nation that doesn't believe in a rule of law."