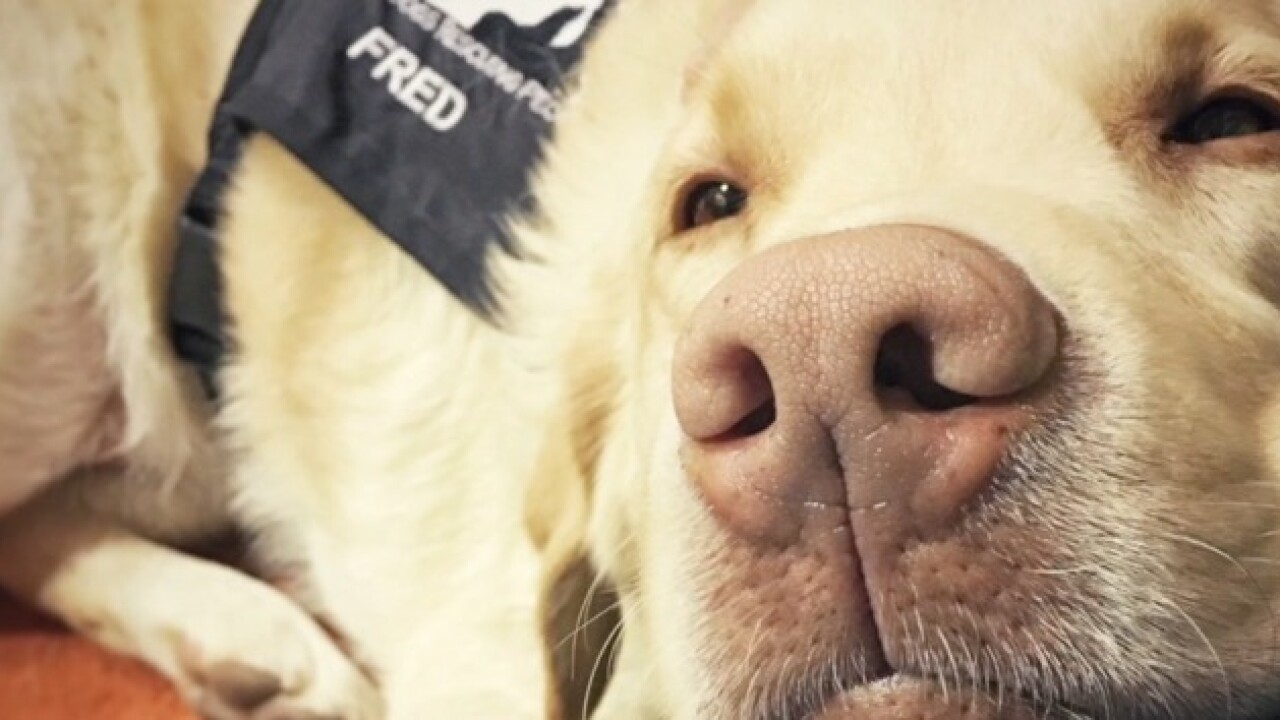 Copyright 2018 Scripps Media, Inc. All rights reserved. This material may not be published, broadcast, rewritten, or redistributed.
<p>fred the service dog</p>

A lawsuit has been filed in the 2017 death of a local therapy dog.

Fred the Service Dog, the face of the local Miracle Mutts program with Marley's Mutts Dog Rescue, died on September 2, 2017 after spending time at a Santa Clarita boarding facility called Sunny Day Acres. His owner, Liz Kover, believes his death is connected to his time at the facility.

Gray's attorney B. Paul Husband responded, saying, "the allegations of the complaint are untrue, malicious and the truth will be presented in court."

Kover's attorney Jill Ryther, who specializes in animal cases, says the law typically views dogs and other animals as property. Thus, part of the purpose behind the suit is to "make a systematic impact on the way that the law views animals," Ryther said in a phone call on Thursday.

Gray has reportedly received the notice of suit and is expected to respond within the next few weeks.