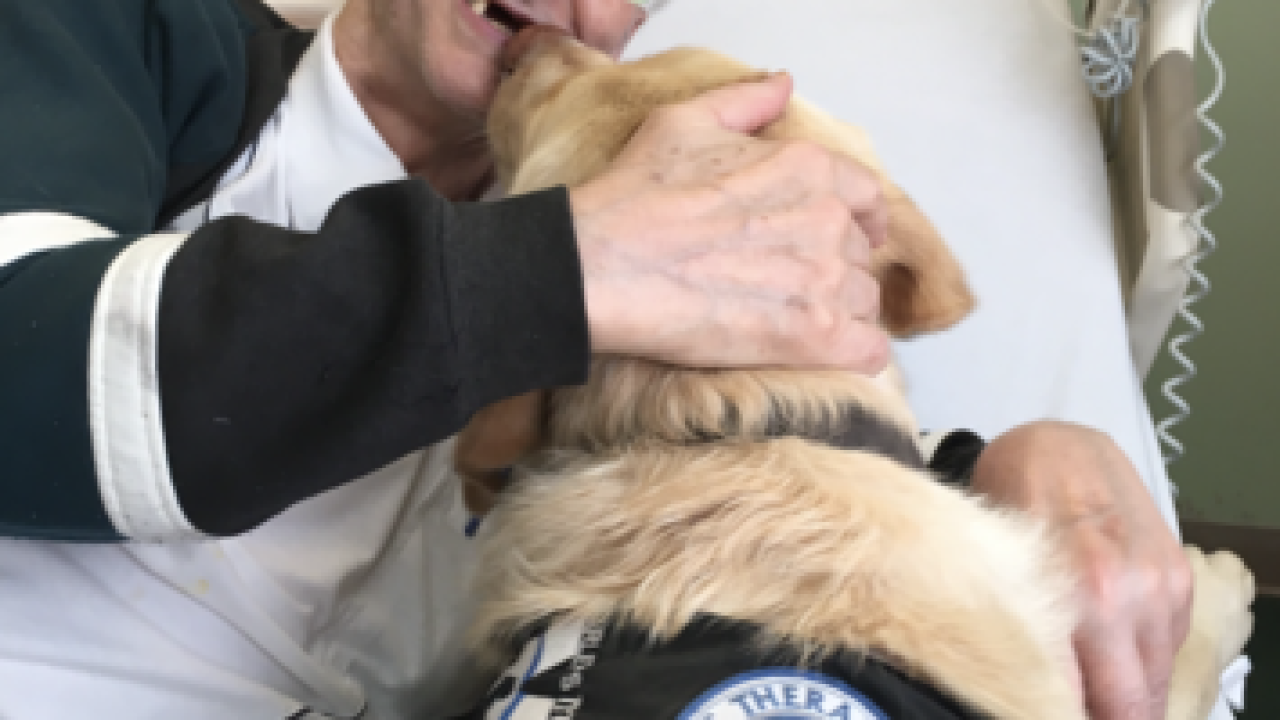 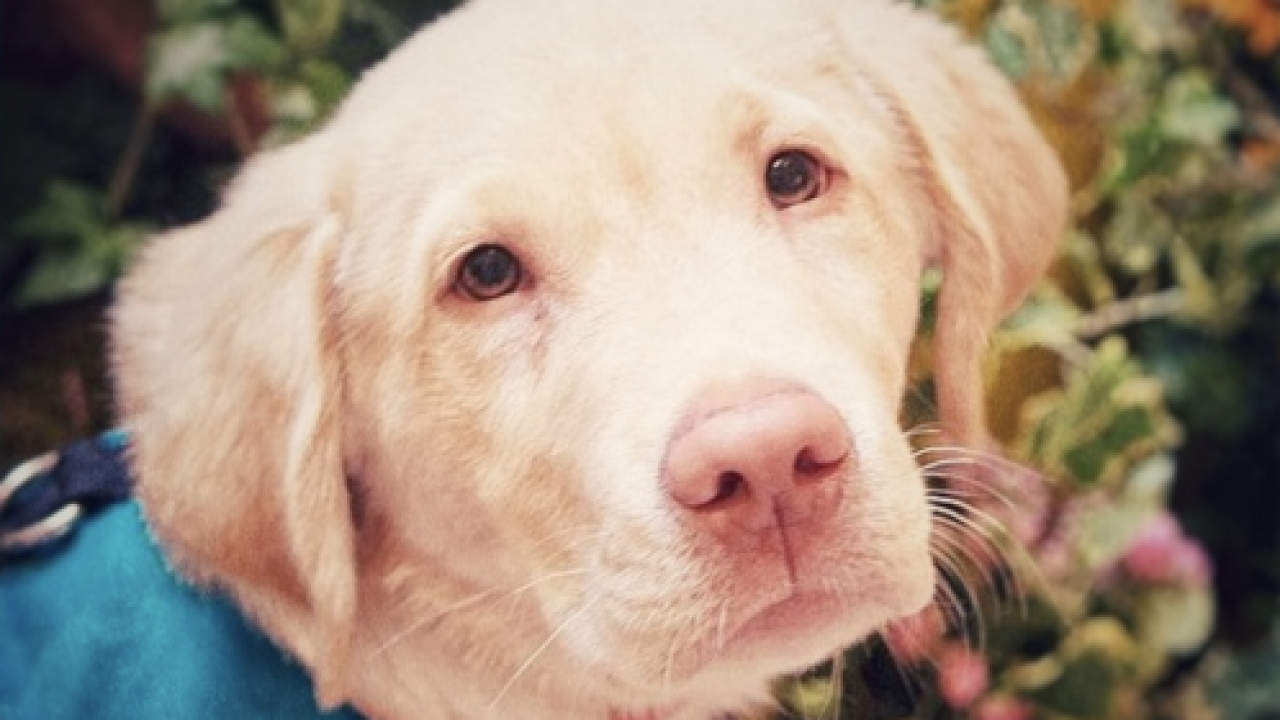 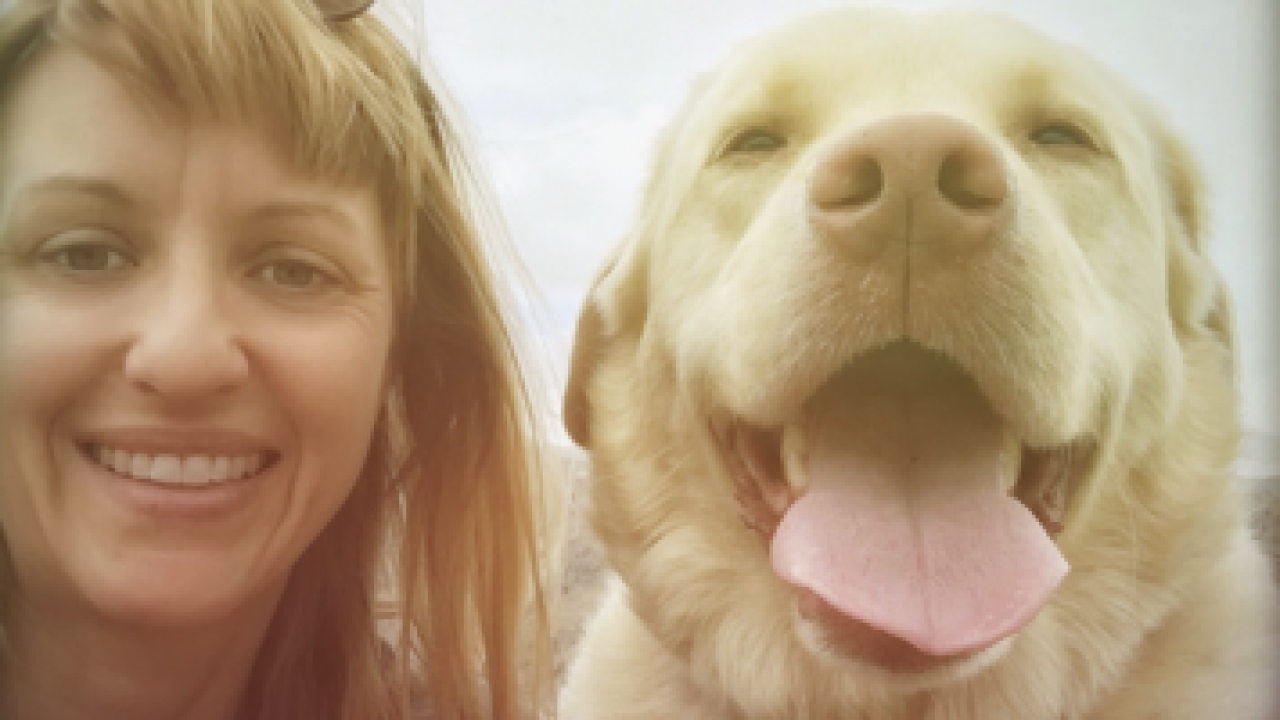 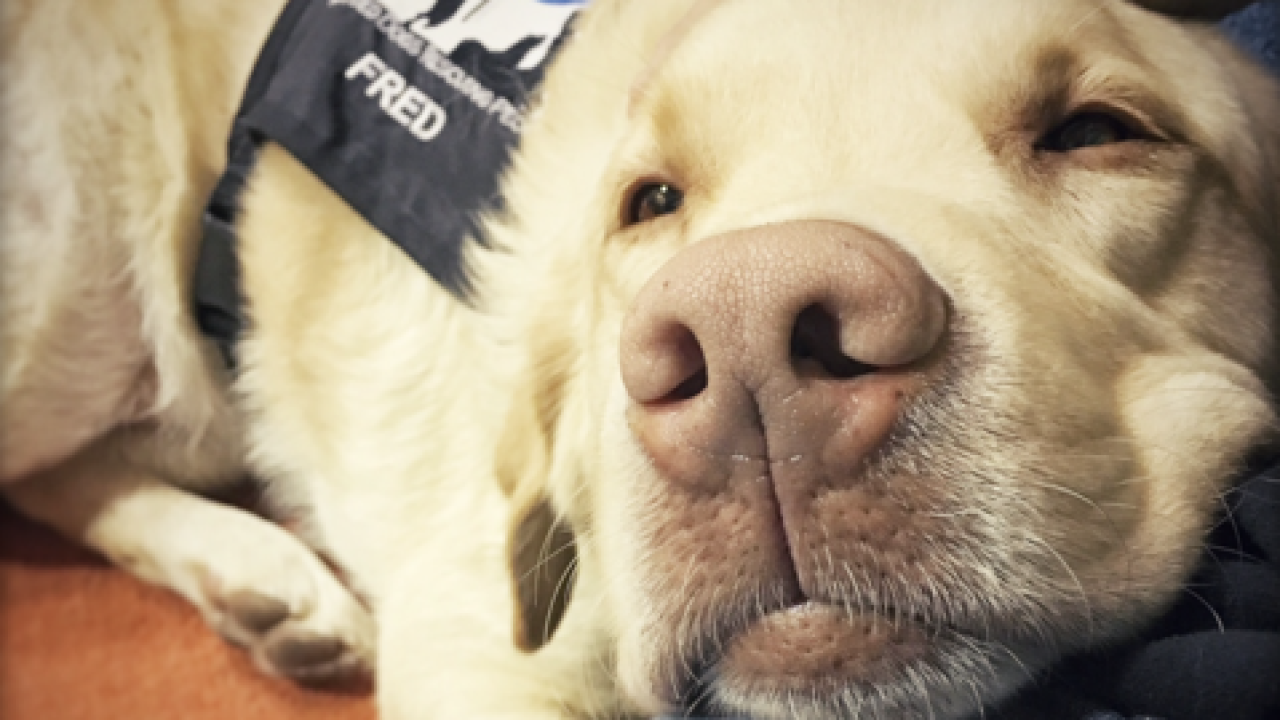 Tributes are posted all over social media for “Fred the Service Dog” after he died over the weekend.

Details are limited, but according to Facebook posts on Fred the Dog’s official Facebook Page, Fred suffered a severe heat stroke on Friday while staying at a boarding facility.

In the post Friday, Fred’s owner Liz, states, “We need all possible prayers coming Fred's way. I'm with him at Valencia Vet Center after flying home early from Kona on an emergency red-eye last night. He suffered severe heat stroke, and is in critical condition. I can't really write or say much more, or answer questions.”

Yesterday, an updated post said Fred was taken to the vet and had a 109 degree temperature. “The vets were amazed he made it through the night. They were able to bring his temperature down to normal relatively quickly.”

However, Saturday around 12:22 in the afternoon, a post with a simple black picture was put up on Fred’s page stating that he had passed away.

“Fred took his last breath today. And with it, every last ounce of light in my heart,” Liz wrote.

None of the posts on Fred’s page identify which facility Fred was being boarded at, however a Facebook Page called Sunny Day Acres posted Sunday morning, referencing Liz and Fred.

“I want to make a statement on what happened with Liz's dog Fred as I'm deeply devastated about what happened. I was watching her dog as we were friends and she entrusted him to no one else why she was going out of state.

I've let her and Fred down more than imaginable.

However, Fred was not neglected or left out in the heat ever. He was indoors in air conditioning with water. He came in on antibiotics Monday night. He only went outside mornings and evenings. He was notably increasingly stressed the longer Liz was away. But he was eating and drinking. He was having accidents in the house, but as I changed his schedule and he was stressed, this didn't call for medical attention. Thursday morning, he went out for 15 minutes in my yard supervised. He came back in and drank a full bowl of water, urinated, started to lap at his urine, I cleaned it up, and gave him another full bowl of water. Mid-day, he had not touched his water or food, but again not unusual for a dog under stress. However, when going to take him out in the evening, he had still not drank or eaten and his back legs weren't walking right. I rushed him to the Vet immediately. This was Thursday night. He passed away yesterday.

I hurt for Liz deeply and I can never make this right. I love dogs more than anyone I know and I would never neglect an animal. I only took this page down for a night because all of the attacks were only back a horrible tragedy worse.”

23ABC News has reached out to Sunny Day Acres for further comment, but is waiting to hear back.

Liz posted once again on Fred’s page Sunday stating in part, “posting is difficult. But I do want to take a moment to say that I am floored by everyone’s love and empathy.” The post goes on to state “I do want to say that the person who was 'caring' for Fred in my absence did pay the vet bill. I have to give credit where it is due. I will not slander this person publicly, nor engage in any slanderous commentary. That said, we WILL get #justiceforfred . In time. For now, I am taking comfort in all the love holding Fred and me up in prayer. Thank you all for that.”

23ABC News reached out directly to Liz for an interview about Fred and about what happened. She sent us this statement:

"Yesterday, a fundamental source of light in the world went dark. I am too much in shock and stricken with devastating grief to say much about Fred right now; nor could I ever say enough even if I spoke into eternity.

He was - and will always be - my heart, my love, and my truest companion. I want to thank everyone for the outpouring of love, and for sharing in this grief with me. I know the unfair and needless loss of this precious angel dog is a loss for not just me, but all of us.”