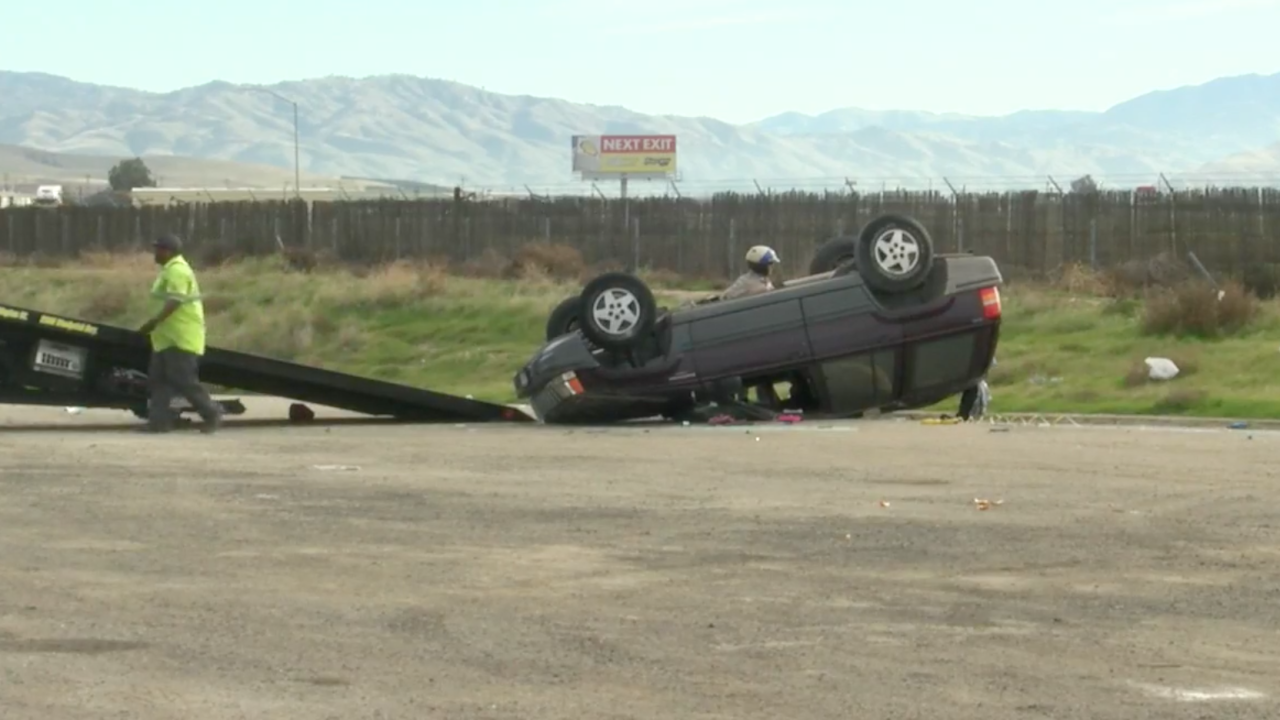 BAKERSFIELD, Calif. — A man and a woman have been arrested after an alleged stolen car ran into an unmarked patrol car.

According to CHP, around 9 a.m., the Auto Theft Task Force spotted an alleged stolen car at Panama Lane and Colony Street in South Bakersfield. The car was occupied by a Hispanic man and woman. When the task force attempted to pull over the car, the car hit the unmarked patrol vehicle. The alleged stolen car was not pursued by CHP.

Later, CHP says the alleged stolen car attempted to enter the Edison Highway on-ramp to SR-58 at a high rate of speed and overturned. After the crash, both the man and woman ran off and crossed the freeway. CHP found the two and took them into custody.

A chihuahua was in the car at the time of the crash. The dog was not injured.