Officials react to heated protests over the weekend 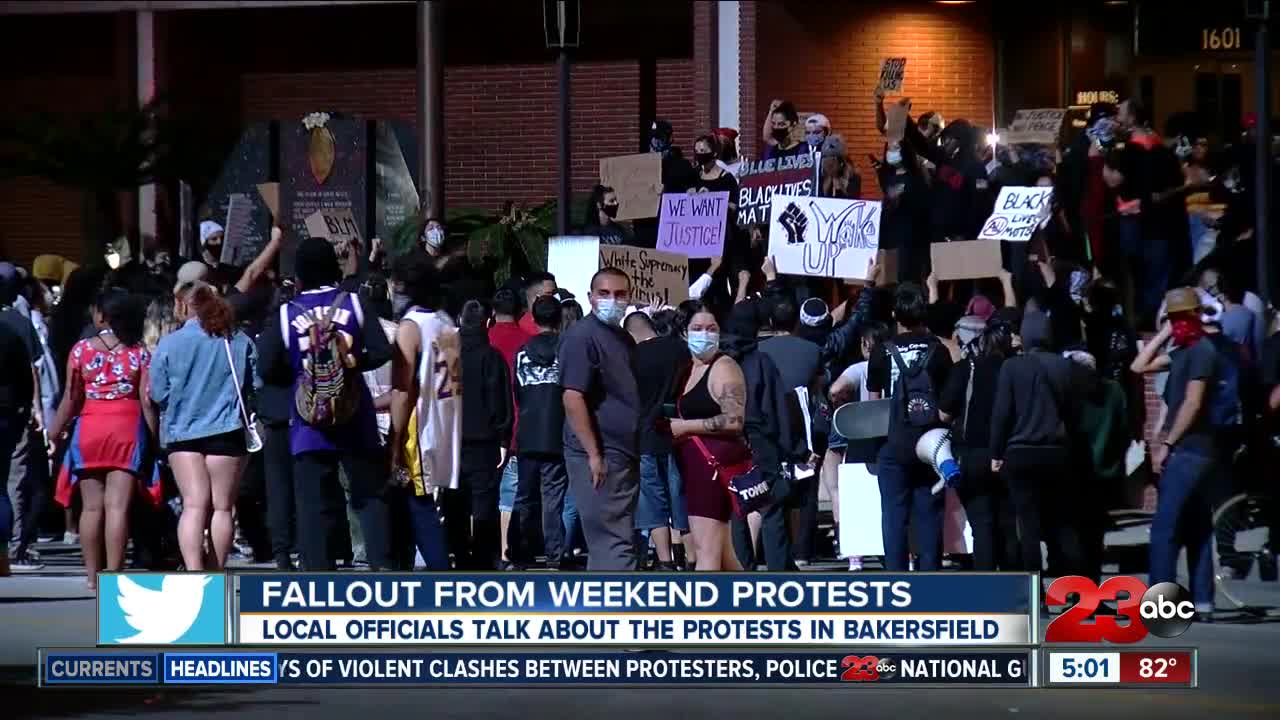 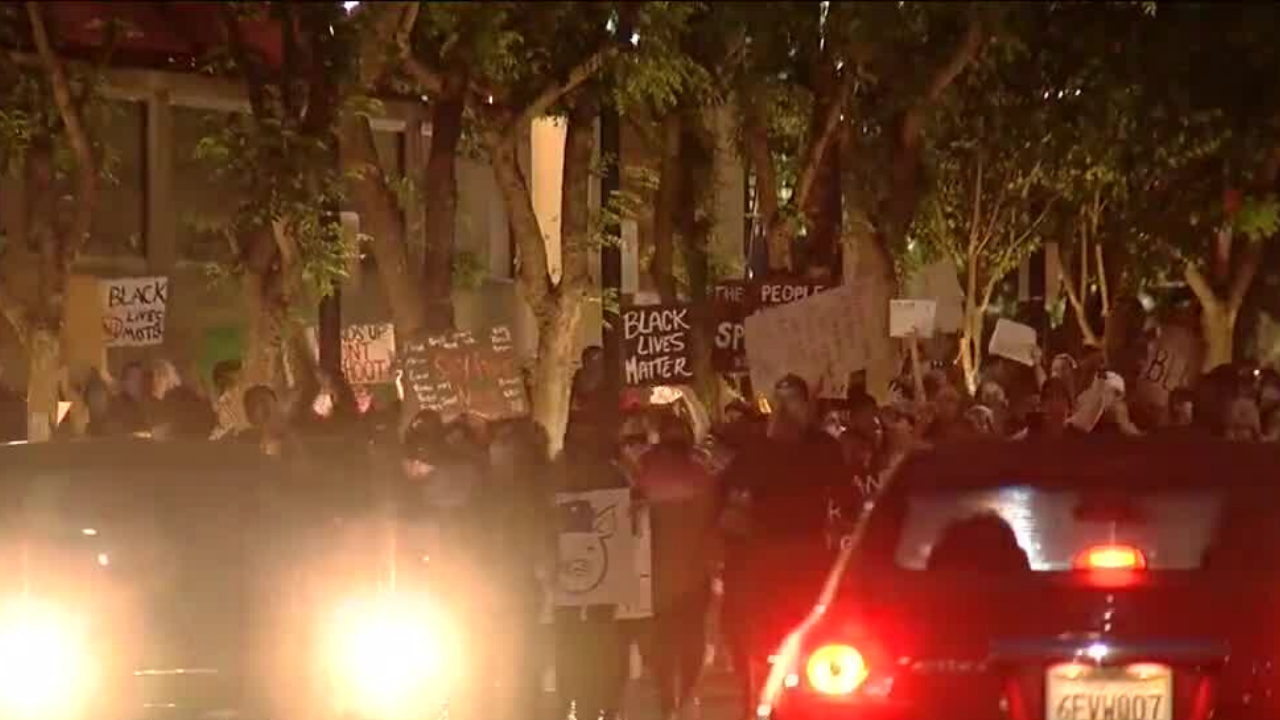 BAKERSFIELD, Calif. — Over the weekend, several protests erupted throughout Downtown Bakersfield, literally as one protests escalated when a firework detonated among a crowd.

Several people were arrested during the protests. Police said a total of nine protesters were taken into custody and two two juveniles were detained before being released to their parents.

The scene changed Sunday night though, as police presence was not observed in plain sight for over six hours of protesting. Despite some participants clinging onto moving vehicles and others shooting fireworks in traffic, Sgt. Nathan McCauley said their decision to scale back was intentional.

"As you've seen from being out at protests for multiple nights, when uniformed officers come out there it tends to incite multiple protesters to direct their anger and frustrations to multiple police officers there," said Sgt. McCauley.

He added that there were plenty of unmarked units monitoring each moment of the protest and said they admired that many protesters attempted to keep the demonstrations peaceful.

Adam Nash was one of those protesters.

"You know earlier some people were saying 'F** the police,' and I let them know we're not trying to do none of that," said Nash. "We're not out here trying to get violent."

Bakersfield Mayor Karen Goh said she is hoping safety is maintained so that the City doesn't impose restrictions as a result.

"We're hoping we don't have to move into curfews," Goh said. "That is only necessitated in those cities where there has been such violence and destruction of property."