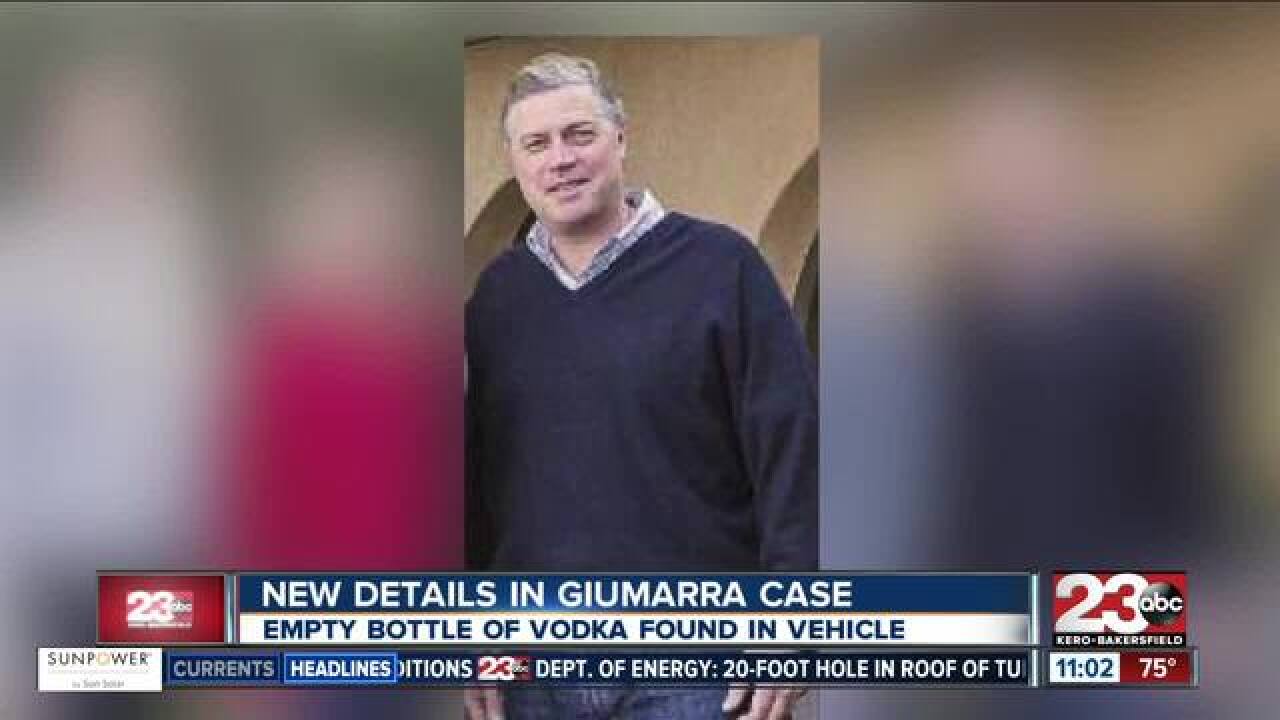 In January investigators arrested John Giumarra III, a member of a well-known Kern County farming family, after they said he hit a bicyclist while under the influence on Golden State Avenue and F Street.

In newly obtained court documents, Bakersfield Police said they found an empty bottle of vodka in the rear sear of Giumarra's vehicle.

The woman on the bicycle, Angela Holder, 32, later died from injuries sustained in the crash.

Giumarra bailed out after his arrest and hasn't been formally charged yet.

Giumarra's attorney, Jeremy Brehmer, said the bottle was found in the third row of the Yukon Giumarra was driving.

"It was empty and not consumed that evening," said Brehmer. Brehmer went on to say that the bottle fell out from a box or backpack that was in the vehicle.

The DA's Office sent the case back to BPD for further investigation last month, but didn't announce why.

The DA is still waiting for BPD to complete their investigation.

Brehmer said the consistent issue the D.A. is finding with the investigation is whether or not there was a hit and run.

Brehmer said the night it happened Giumarra was unsure if he had hit something so he made an immediate left turn and pulled into the first parking lot entrance of Smart and Final.

Brehmer said Giumarra checked his vehicle and then drove back out of the Smart and Final parking lot to the Mobile gas station on the opposite side of the street to go closer to where the crash initially happened.

The DA's Office said Giumarra has been convicted of DUI at least once before.