Two shot, one killed in Lamont on Saturday afternoon 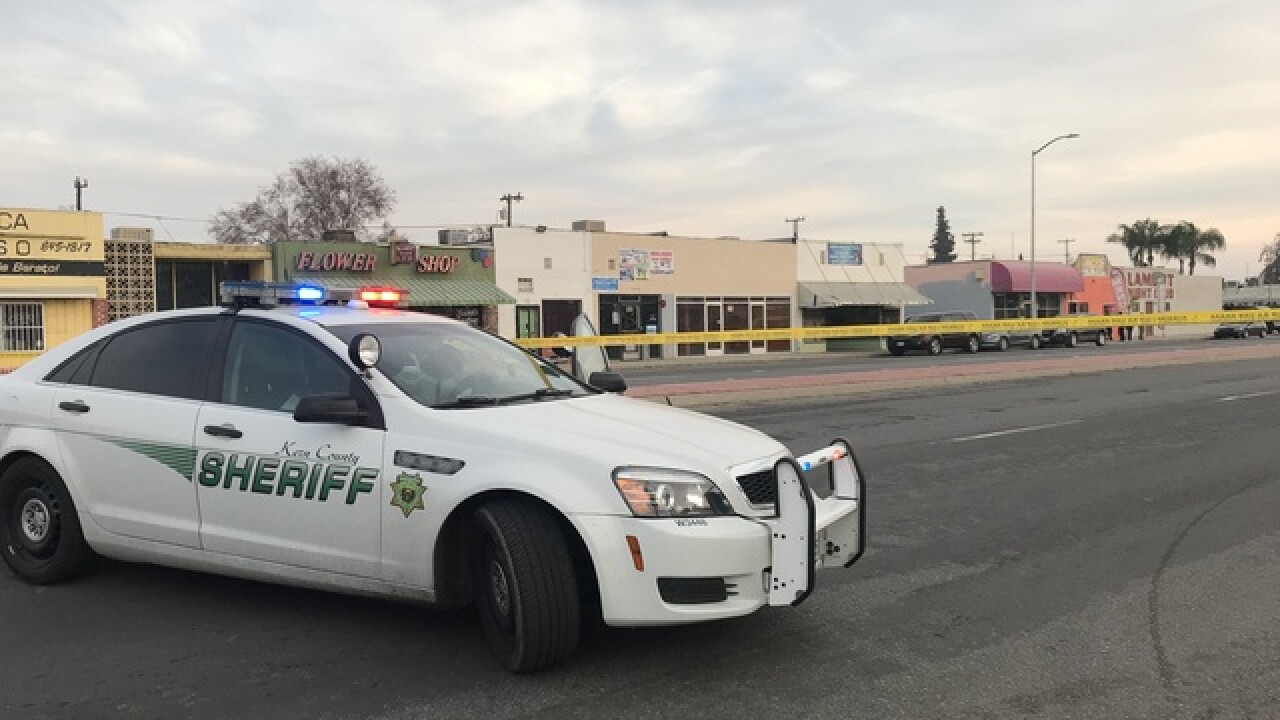 Copyright 2017 Scripps Media, Inc. All rights reserved. This material may not be published, broadcast, rewritten, or redistributed.
<p>Lamont KCSO presence</p>

UPDATE (12/4, 5:31 p.m.): The Kern County Coroner's Office has identified the person who was killed in a shooting in Lamont Saturday afternoon.

Lamont resident, Rodolfo Garcia, was killed in a shooting on Dec. 2 that also injured two other people.

Garcia, 28, was taken to Kern Medical for his injuries he sustained during the shooting. He died about an hour after the shooting, around 4:30 p.m. on Dec. 2.

The Coroner's Office said a postmortem examination will determine the cause and manner of death.

This was the second of two shootings that happened in Lamont during a 24-hour period.

One person is dead and two others are injured after a shooting in Lamont on Saturday afternoon.

The Kern County Sheriff's Office says the shooting happened at 11121 Main Street in Lamont at around 3:36 p.m. on Saturday.

When deputies arrived they located a subject in front of the business suffering from multiple gunshot wounds.

Deputies immediately began life saving measures and continued until they were relieved by medical personnel. The victim was transported to Kern Medical where he died as a result from his injuries.

There were also a man and woman who sustained injuries from the gunfire. Officials said they were not involved in the shooting and were patronizing a business in the area.

Their injuries are considered mild to moderate and are non-life threatening. Both were transported and treated at Kern Medical.

This was the second fatal shooting in Lamont on Saturday.

The identity of the deceased individual is being withheld pending notification of next of kin and will be completed by the Coroner's Office.