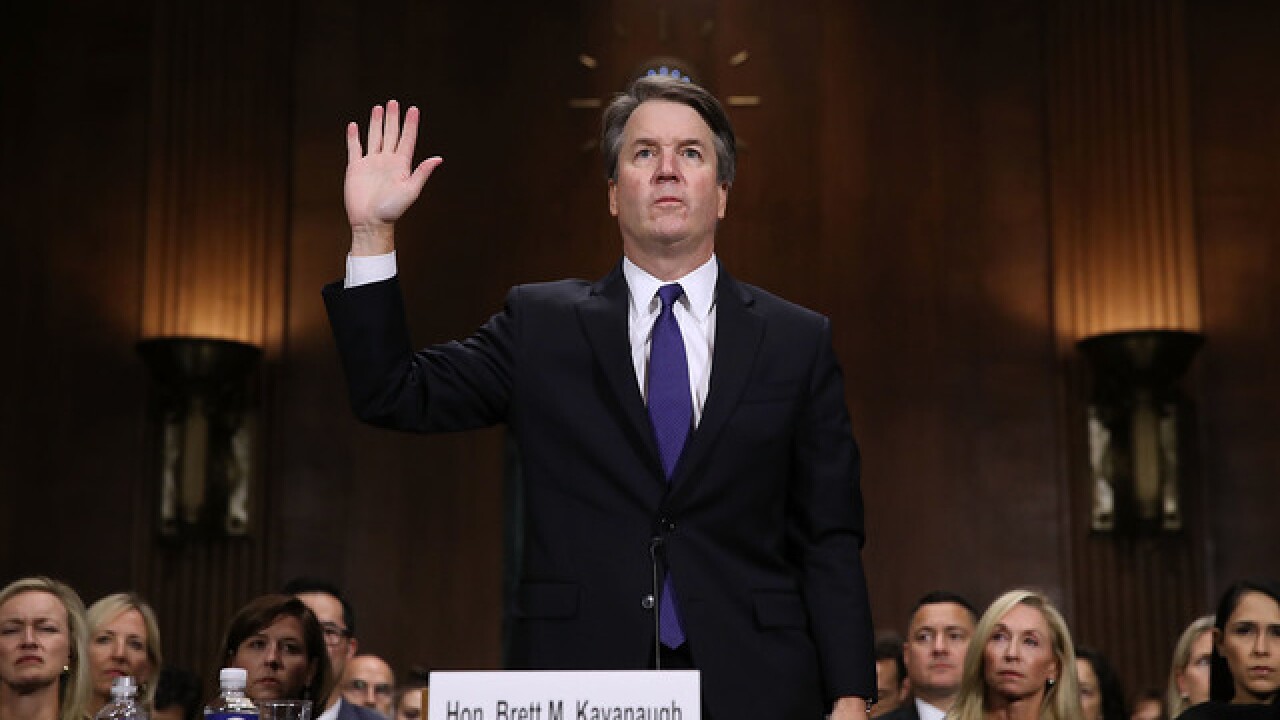 Copyright 2018 Scripps Media, Inc. All rights reserved. This material may not be published, broadcast, rewritten, or redistributed.
Win McNamee
<p>WASHINGTON, DC - SEPTEMBER 27: Judge Brett Kavanaugh is sworn in before testifying to the Senate Judiciary Committee during his Supreme Court confirmation hearing in the Dirksen Senate Office Building on Capitol Hill September 27, 2018 in Washington, DC. Kavanaugh was called back to testify about claims by Christine Blasey Ford, who has accused him of sexually assaulting her during a party in 1982 when they were high school students in suburban Maryland. (Photo by Win McNamee/Getty Images)</p>

The Senate has voted to confirm Brett Kavanaugh as the next Supreme Court Justice.

President Trump tweeted his congratulations to Kavanaugh. Kavanaugh is expected to be sworn in later today.

I applaud and congratulate the U.S. Senate for confirming our GREAT NOMINEE, Judge Brett Kavanaugh, to the United States Supreme Court. Later today, I will sign his Commission of Appointment, and he will be officially sworn in. Very exciting!