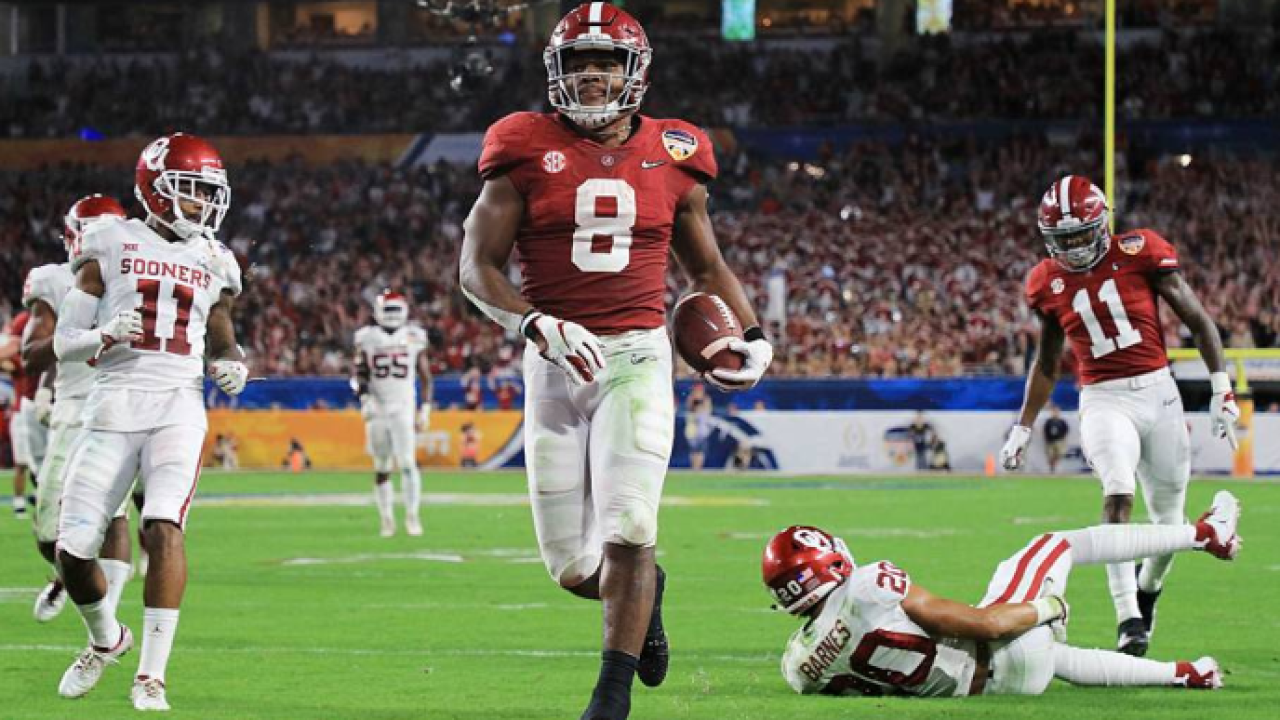 MIAMI, Fla. — For the fourth straight year, the Alabama Crimson Tide will play for the National Championship, after rolling past the Oklahoma Sooners, 45-34 in the Orange Bowl on Saturday.

Top-ranked Alabama got off to a quick start, taking a 21-0 lead in the first quarter. Oklahoma attempted to get back in the game, cutting the lead to 31-20 in the third quarter, but it was not enough.

Quarterback Tua Tagavailoa led the way for Alabama with 318 passing yards and 4 touchdowns. Receiver DeVonta Smith had 6 catches for 104 yards and 1 TD.

The game is scheduled for Monday, Jan. 7.