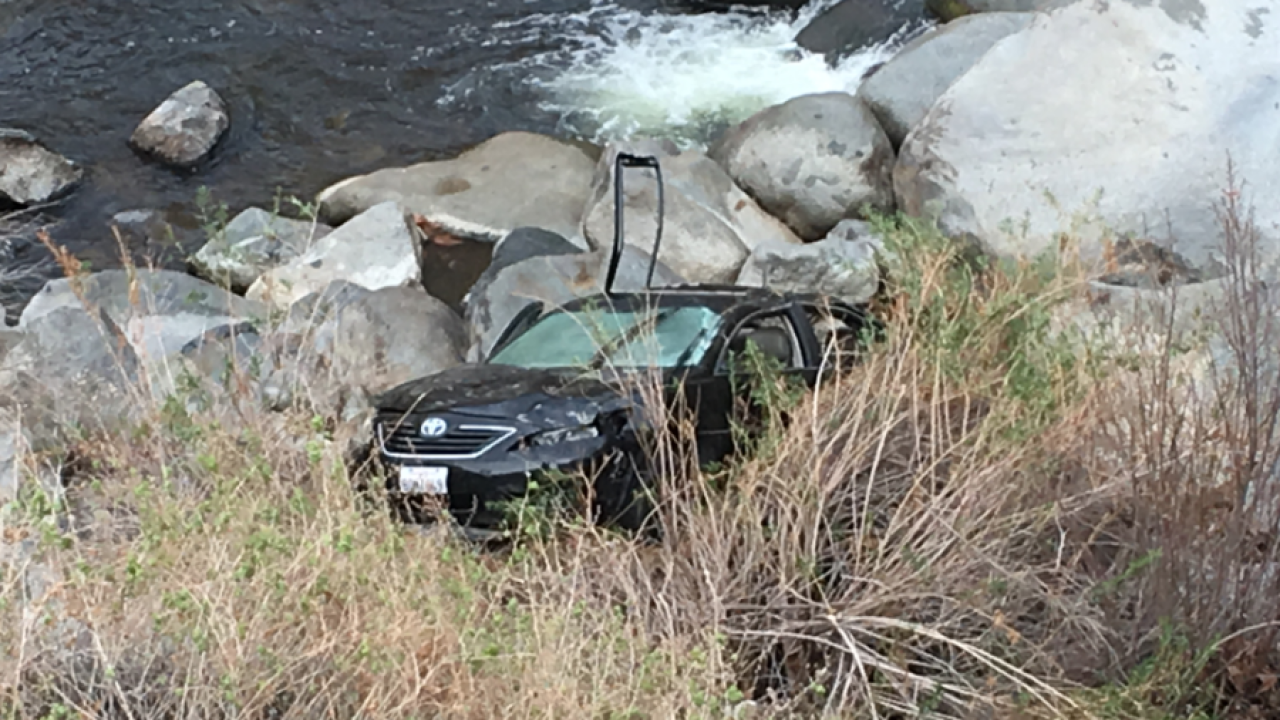 BAKERSFIELD, Calif. — Bakersfield Police Department (BPD) was dispatched following reports of a black Toyota vehicle at the bottom of the canyon around 10:30 Sunday morning.

The vehicle was near the water on the rocks, but no one was found when official arrived. BPD officers told 23ABC News that based off the tire tracks they believe the car was heading west toward Bakersfield.

Officials said that they believe the car slid off the roadway and down the canyon. California Highway Patrol later took over the investigation following the discovery.

We will continue to monitor this story.