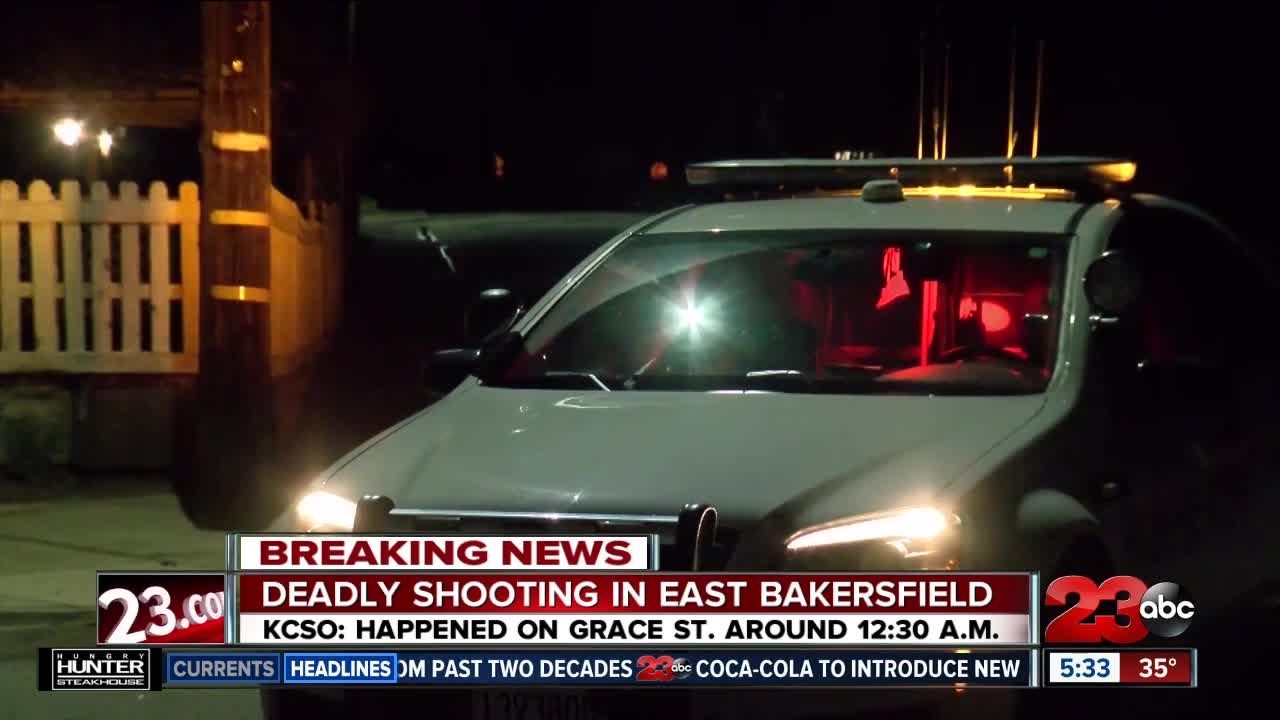 BAKERSFIELD, Calif. — A man is dead following a shooting in East Bakersfield.

When deputies arrived on scene, they found a man suffering from a gunshot wound. KCSO says the man was pronounced dead at the scene.

KCSO says they have no suspect information.