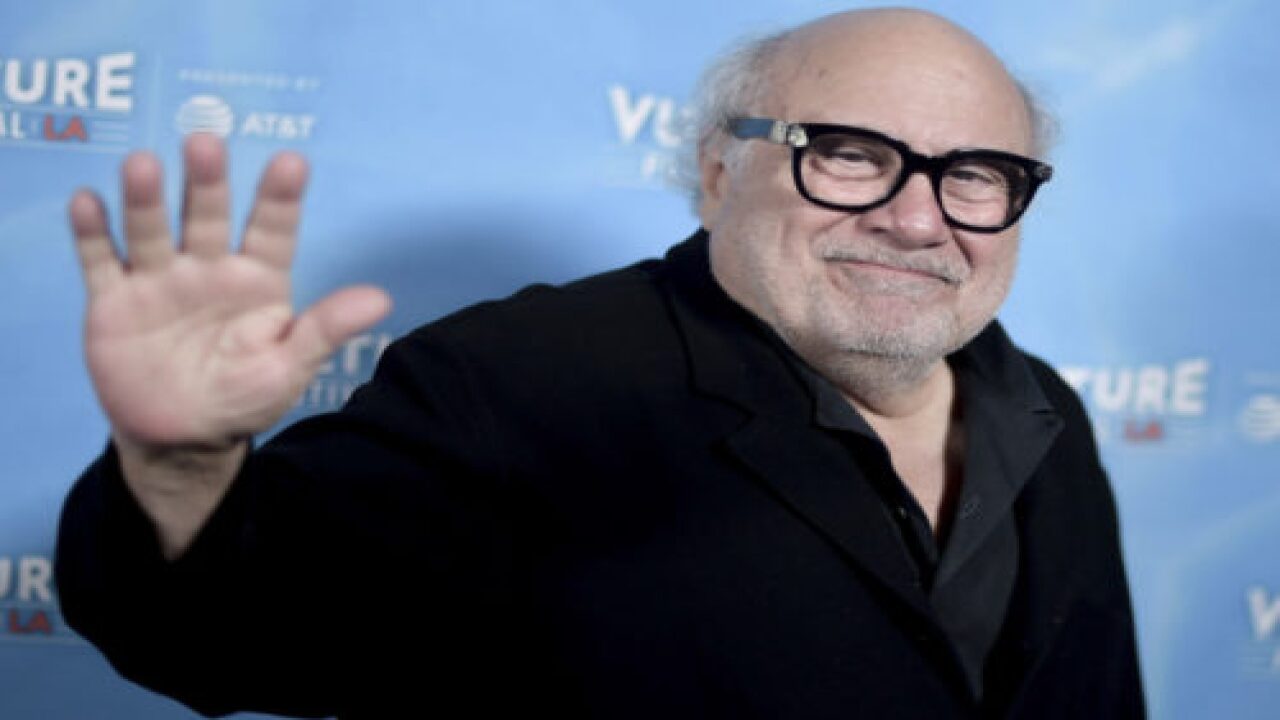 Did you love Danny DeVito in “Taxi?” “Terms of Endearment?” “Batman Returns?” “Matilda?” Maybe you catch him regularly on “It’s Always Sunny in Philadelphia.” If you count yourself as a fan of this prolific actor, director and producer, we’ve found just the way for you to show your undying love.

You can now wear his face on your waist.

That’s right, you’re going to need to get out your wallet immediately so you can pre-order the “Fanny DeVito,” a fanny pack from The Cryptic Closet. The company, which sells horror and humor collectibles, says the next set of orders will ship in mid-April. You can snag one of your own for $34.99.

The fanny packs went into production last year with an order of 100 bags. On Instagram, The Cryptic Closet mentions sewing the tufts of hair on (we actually love those) and even posted a video that shows how the print of DeVito’s face is transferred onto the fanny pack:

FANNY DEVITOS are being printed/sewn and shipped out by the end of next week. Thanks for your patience, guys! I’m really fucking stoked to get these out to you. You can still order yours now on our site! #dannydevito #fannypacks #funny #humor #itsalwayssunny #frank #thetrashman #bags #pun #punny

Other DeVito devotees are apparently excited as well because the Fanny DeVito seems to be selling really well. On its Instagram, the company said it is now taking pre-orders because it sold out of its previous stock so quickly.

THANK YOU! The past 4 days have been absolutely INSANE. We already broke all time sales numbers and have over 200 orders and counting. Please be patient and bare with us as we have to put these fannys together and put the hair on by hand. The first 50+ orders will be out this week and the presales will be out by April but we’re working on possibly sooner is possible. Thank you for your patience and your support. I promise it’s worth the waitðð¼ If you haven’t got yours, do it NOW before these are gone too! They’re selling by the minute. #fannydevito

The company is also selling a similar fanny pack of Sen. Bernie Sanders — who happens to be the presidential candidate that DeVito is supporting in the 2020 election, according to his Twitter feed. Perhaps The Cryptic Closet leans Socialist — or maybe they just love gruff, balding men? Either way, wearing either one of these fanny packs would definitely be a conversation-starter.

The Fanny Sanders is also available for pre-order at a price of $34.99 right now.

Fanny packs appear to be going strong after they came back into fashion a few years back, but wearing someone’s face — and hair — on your bum bag seems a bit less common. If DeVito and Sanders don’t float your boat, there are some other creative online shops that will help you out with a custom-made fanny pack.

For example, you might want to visit Onyx2000’s Etsy store, which sells custom fanny packs with people’s faces on them for $29.74. Simply provide a photo with the face of the person you want on your bag, and you’re all set.

The Etsy store FancyFannyShop also does customizable fanny packs so you can put faces of people, pets or whatever else you like on your bag. She bills her products as novelty items for bachelorette parties and such, and also does other customized products.

Getcha Fanny Pack! Do you need a unique idea for your bachelorette? Nothing says “I’m ready to get married” more that wearing your groom on your waist!! 8+ colors !! #fannypack #bacheloretteparty #bachlorette #bridetobe #etsyseller #sunflowerbettys #bacheloretteweekend #bachelorettepartyweekend

I don’t know about you, but it definitely seems like we’re living through some interesting — even strange — times. Somehow the oddly specific Danny DeVito fanny pack fits right in. Let’s just go with it.