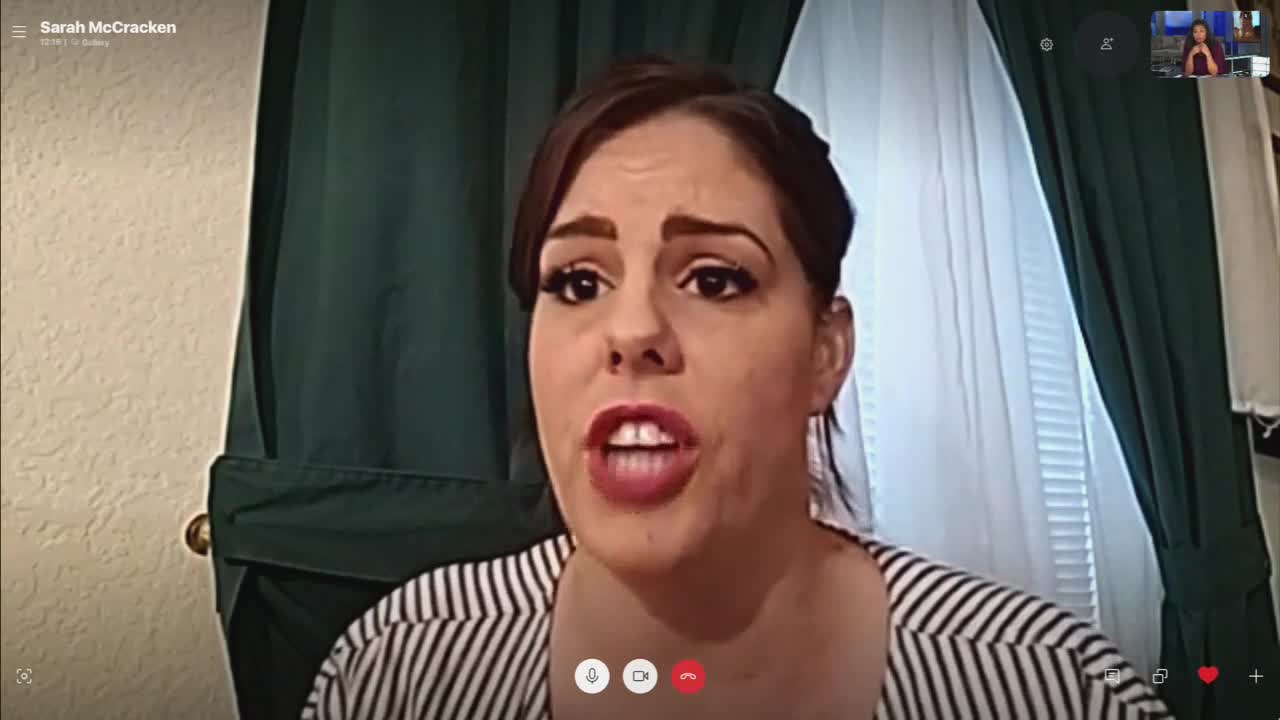 BAKERSFIELD, Calif. — We first told you last year about Sarah Coogle, a California Department of Corrections and Rehabilitation (CDCR) peace officer after she filed a lawsuit against the CDCR saying her job led to the death of her unborn baby.

Now, six other women working for the CDCR have come forward with a new class action lawsuit similar to hers. 23ABC News spoke with Coogle and one of the new mothers now claiming the CDCR is not safe for working pregnant mothers.

Wearing a peace officer's badge has changed for Tehachapi State Prison guard Sarah Coogle, "I can't go back to work because It's incredibly difficult to put on that uniform, to wear that badge knowing this department is what caused me to lose my baby," Coogle said.

Coogle filed a lawsuit last April against the CDCR after she said she was denied reasonable accommodations while she was pregnant and eventually fell while responding to a prison fight in July of 2017. Coogle lost her unborn baby two months after the fall in September of 2017.

According to Coogle the incident could have been prevented if she was granted lighter duty but Coogle said she was denied by the CDCR even after a doctors note, "If you bring in a doctors note they will put you off of work, most likely you're going to be unpaid."

Coogle said since she declined to sign a release of liability waiver she was left with two options, either medically demote to a lower paying position with reduced benefits or go on unpaid or vacation leave until she could return to duty. She said neither option within the policy gave her an opportunity to keep her job and build a family, "The current policy ignores the fact that women are uniquely capable of bringing life into this world if there needs to be unique policies in place to protect that child why can't it be done."

The lawsuit said that until 2015 the CDCR's policy was accommodating pregnant women on the job as long as their safety and security was not compromised, but the CDCR has since changed that policy. The CDCR would not comment today on why they changed the policy. In October a Kern County judge ruled that policy was illegal and that the CDCR had to provide fair accommodations for lighter duty if Coogle became pregnant again.

Coogle's story sparked six other women across the state to also come forward with similar claims hoping for similar outcomes in other counties. "About 27 weeks pregnant I was asked to do a mandatory overtime shift which would have resulted in an extra six hour shift on top of the eight hour shift that I had already worked. I had informed them at that time... that hey I'm about seven months pregnant I'm having a hard time going up and down the stairs especially with my duty belt and everything. They didn't really seem to care, told me they were going to write me up for it," Angela Powell said. Powell works at the Vacaville Prison and is one of six women now filing the class action lawsuit against the department.

Powell said she was forced on disability after notifying CDCR and that when she returned to work she was deemed insubordinate and was told she was going to have to take a pay cut following her actions, "But if it makes a change for other people to not have to go through it I'm willing to be the voice,"Powell said.

The CDCR told 23ABC News that they, "Do not comment on pending litigation and that reasonable accommodations are provided where they are appropriate."

However, the California Correctional Peace Officer's Association (CCPOA) Union said, "The CCPOA team concluded that the old policy wasn't broken and shouldn't be fixed. The CCPOA team disagreed with the basic regulation change so strongly the CCPOA team chose not to put the stamp of approval on the idea."

Coogle is still on leave and is scheduled to go to trial this September. The preliminary hearing for the class action lawsuit concerning the six other women from California is also scheduled to take place on May 21, 2019.