Condors fly the next for a three game road trip 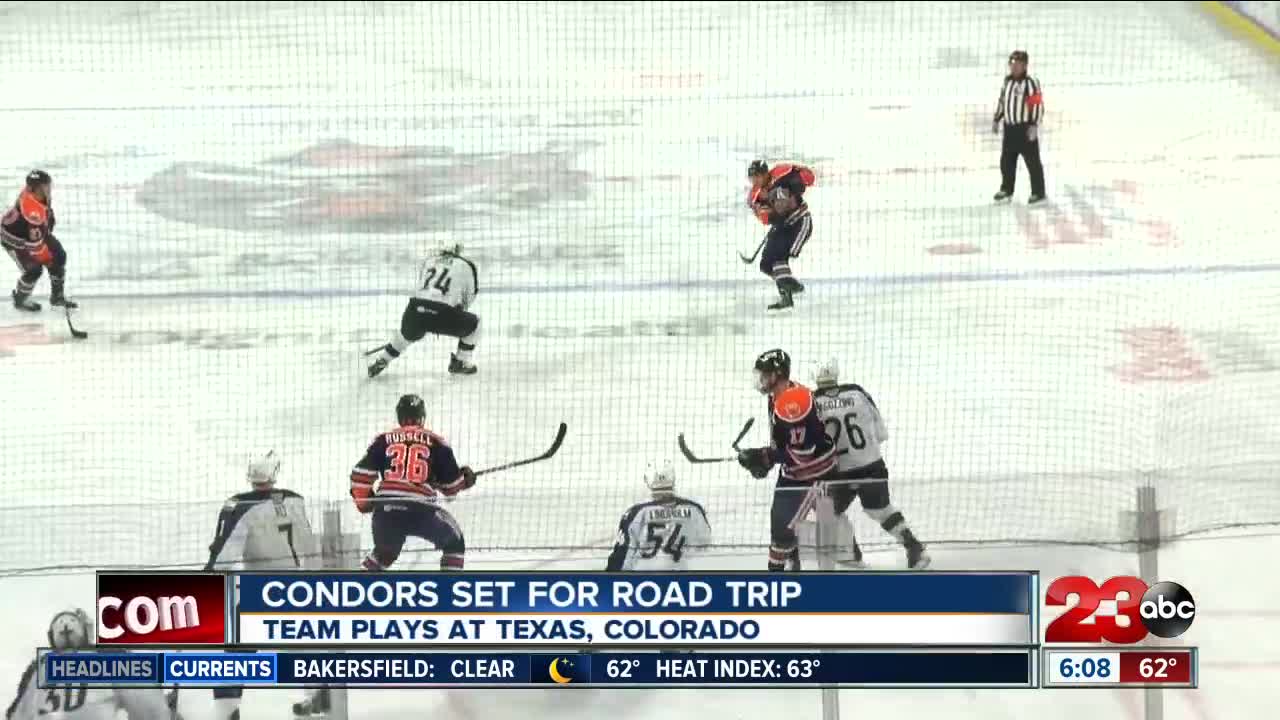 BAKERSFIELD, Calif. — The Bakersfield Condors hit the road for a three game swing this week.

Tuesday morning the Condors left Rabobank Arena for a Wednesday night match-up in Austin, TX against the Texas Stars. Then they will be in Loveland, CO for a two-game series Friday and Saturday nights against the Colorado Eagles.

The Condors will be back in Bakersfield Wednesday January 16th when they host the Stockton Heat during Margarita Night.