'SNL' brings on congressman-elect to get apology from Pete Davidson 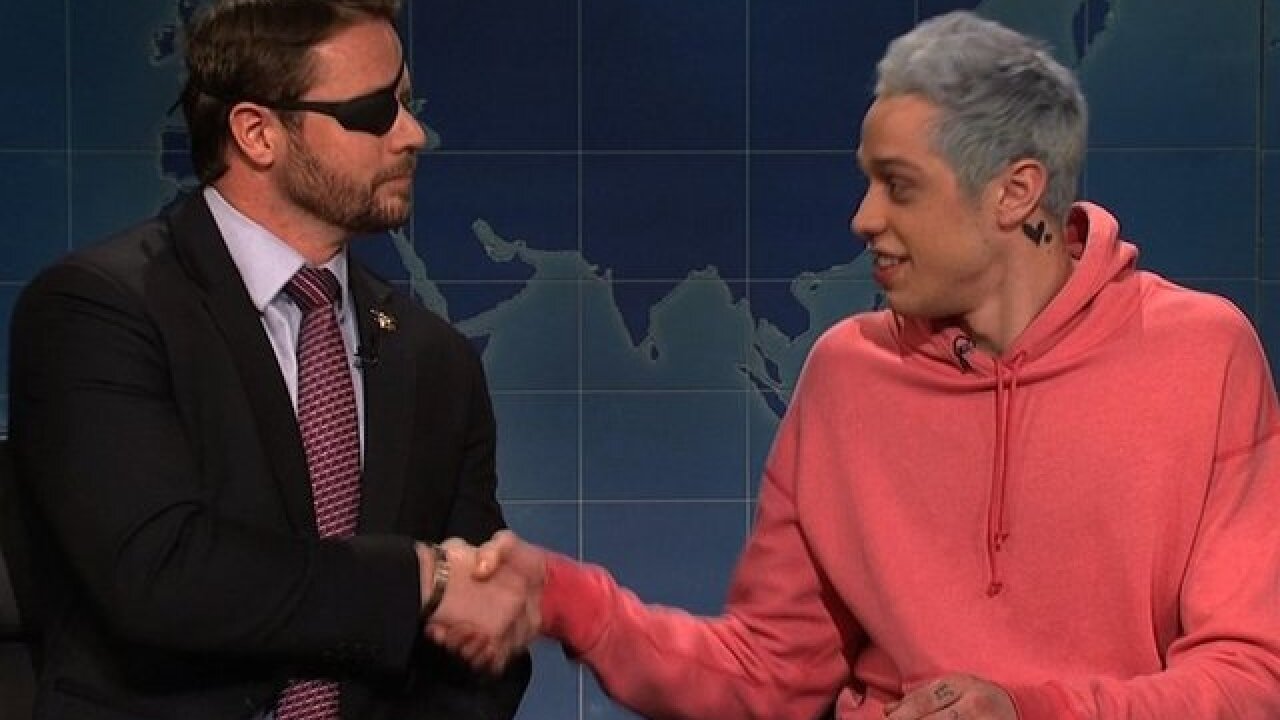 A week after "Saturday Night Live" comedian Pete Davidson was criticized for mocking the appearance of Dan Crenshaw, the NBC variety show brought the congressman-elect on to receive an apology in person.

Crenshaw, who lost his right eye in 2012 while serving as a Navy SEAL in Afghanistan, showed up in the middle of Davidson's apology during the "SNL" segment, "Weekend Update."

"In what I'm sure was a huge shock to people who know me, I made a poor choice last week," Davidson said. He then called Crenshaw a "war hero" and said that he "deserves all the respect in the world." Davidson thanked Crenshaw for coming on the show.

"Thanks for making a Republican look good," Crenshaw responded.

Davidson then personally apologized to Crenshaw and asked if they were "good."

"Do you know her?" Crenshaw asked.

Davidson then told the congressman-elect that the only fair thing would be if he made fun of him. After a slight hesitation, Crenshaw played along.

"This is Pete Davidson. He looks like if the meth from 'Breaking Bad' was a person," he said. He then said that Davidson looked like a "Troll doll with a tapeworm."

But away from the laughs, Crenshaw used the opportunity as a teaching moment.

"There's a lot of lessons to learn here," he began. "Not just that the left and the right can still agree on some things, but that also that Americans can forgive one another. We can remember what brings us together as a country and still see the good in each other."

The Houston-area Republican reminded the audience that it was Veterans Day weekend.

"It's a good time for every American to connect with a veteran," Crenshaw continued. "Maybe say, 'thanks for your service,' but I would actually encourage you to say something else. Tell a veteran, 'never forget.'"

Crenshaw explained that when you say "never forget" it's implied that Americans are with veterans and not "separated by some imaginary barrier between civilians and veterans."

Crenshaw also said to never forget those lost on September 11, which includes Davidson's father -- a firefighter who died responding to the attacks.

The appearance from Crenshaw came after the show opened up with a sketch mocking the firing of former Attorney General Jeff Sessions.