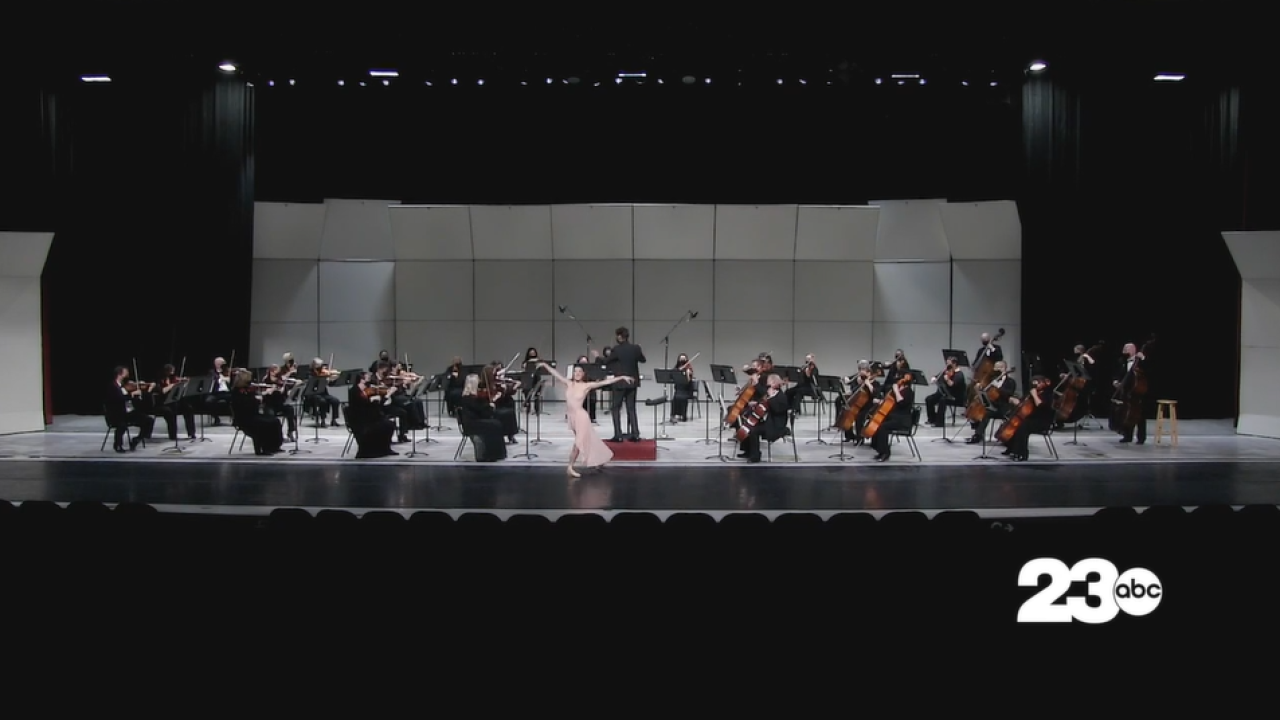 23ABC and the Bakersfield Symphony Orchestra are teaming up to bring you "Tiler's Serenade."

Tiler Peck, a Bakersfield native and award-winning dancer with the New York City Ballet is joining the BSO as a special guest artist for their season opener. The concert will feature Tiler performing to Tchaikovsky's "Serenade for Strings."

Peck was born in Bakersfield, California where she began her dance training at the age of two at her mom's dance studio, Bakersfield Dance Company. At the age of 14, she entered the School of American Ballet, the official school of New York City Ballet, full time. The same year, she became an apprentice with the New York City Ballet and in a few short months was asked to join the Company as a member of the corps de ballet. Tiler was promoted to Soloist in 2006 and to Principal Dancer in 2009 where she remains to this day.

“When the Symphony had to cancel concerts in the spring due to the pandemic, we promised to be back “stronger than ever” for our community and we stay committed to that in all that we do – from our education programs to concert programs,” said symphony Executive Director Holly Arnold.