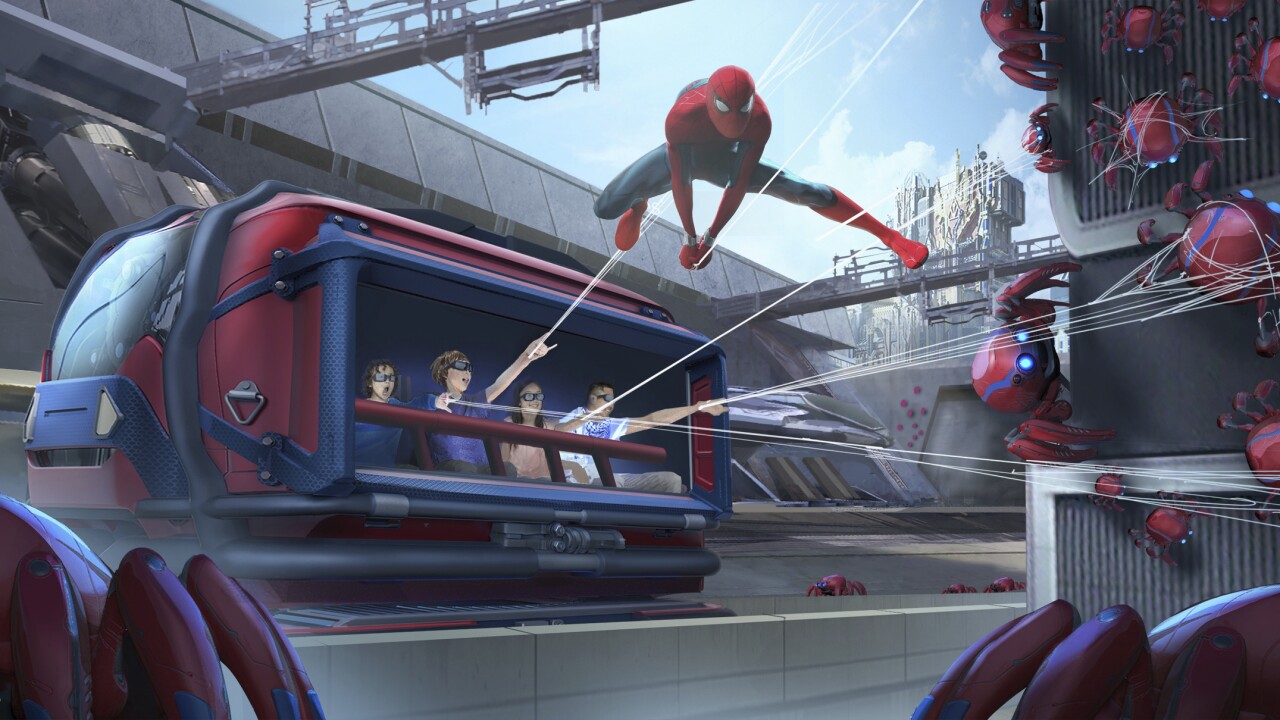 AP
This artist rendering released by Disneyland Resort shows a concept for the Spider-Man Adventure attraction in Avengers Campus at Disney California Adventure Park in Anaheim, Calif. The attraction will allow guests to put their web-slinging skills to the test as they team up with Spider-Man to capture his out-of-control Spider-Bots before they wreak havoc on the Campus. The Avengers Campus opens summer 2020. (Disneyland Resort via AP)

ANAHEIM, Calif. (AP) — Some assembling is still required, but the Avengers will soon gather at Disneyland.

A new Spider-Man attraction that allows riders to sling webs with their bare hands highlights the new Avengers Campus that arrives July 18 at Disney's California Adventure.

Details of the under-construction project were revealed at a media preview last week. Fifteen costumed Avengers will roam the new land. Visitors can dance off against the Guardians of the Galaxy, watch Black Widow and Black Panther battle the Marvel villain Taskmaster atop Avengers headquarters and wannabe warriors can train in the fighting arts of Wakanda with Okoye from "Black Panther."