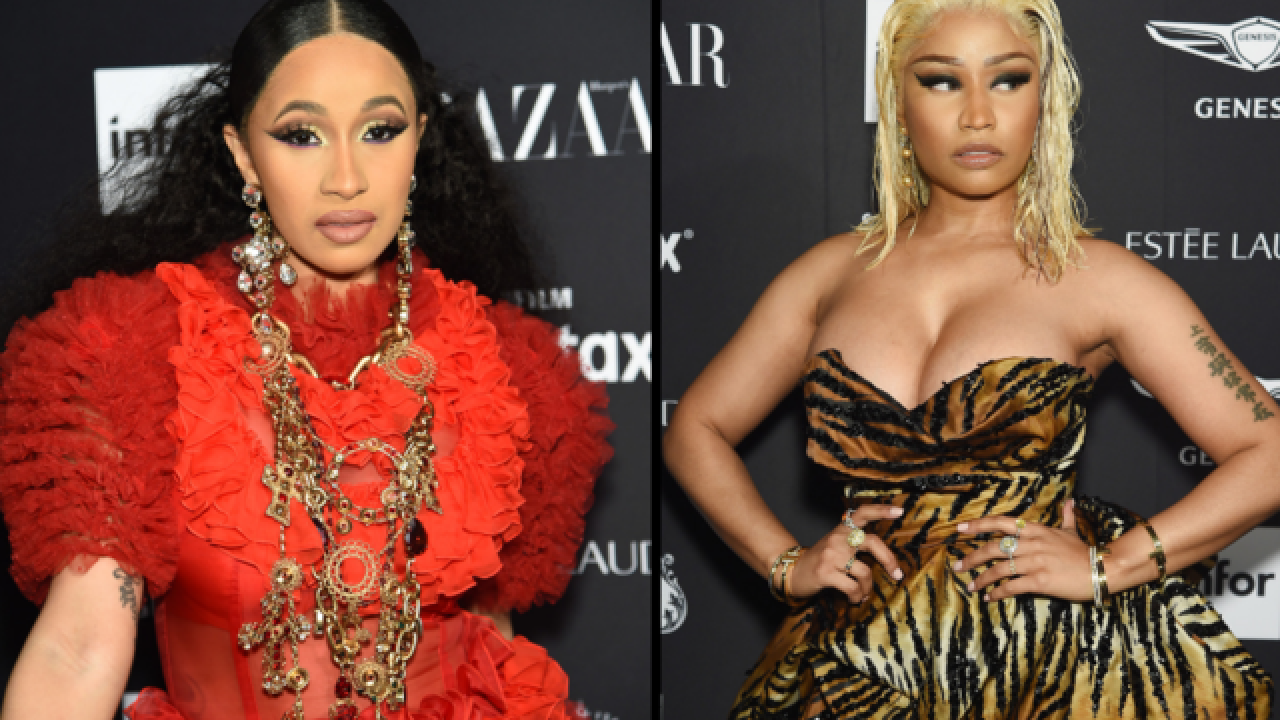 The rappers were seen leaving New York Fashion Week's annual Harper's Bazaar Icons party late Friday at the Plaza Hotel when a fight between the two stars broke out.

Some partygoers at the invite-only soiree captured the fight on camera and posted it to social media.

In the video, Cardi B is being restrained as Minaj exits the hotel.

It's unclear what caused the quarrel to escalate, but Cardi B took to Instagram afterward and posted a profanity-filled video saying Minaj had criticized her parenting skills.

Cardi B gave birth to her first child, a daughter, in July.

Last year both artists were featured on the song " MotorSport " alongside Migos.

Minaj addressed their feud in a recent interview with Beats 1 Radio host Zane Lowe , saying, "I have never seen her show me any genuine love during an interview. I just see how many girls wish they had been on a song with Nicki Minaj."