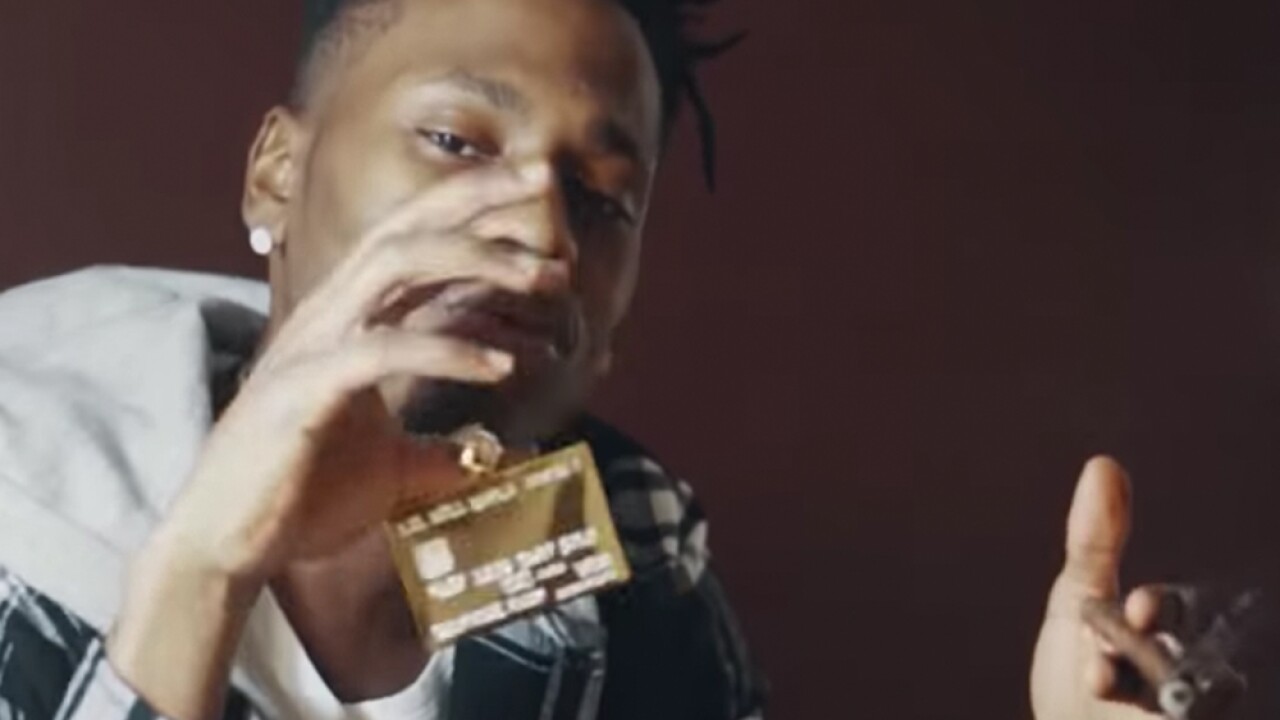 MICHIGAN — A Detroit rapper who wears a jewel-encrusted gold credit card around his neck in rap videos and calls himself the greatest “swiper” of all time faces several credit card theft charges.

He often used emojis of credit cards, and "GOAT" to represent “the greatest of all time” and hashtags such as #bins #bitcoins #ScamLikely and #dumpswithpin.

Woods would then sell his information on how to commit credit card fraud on the dark web to people who contacted him on social media.

"Jonathan Woods claimed to be sophisticated at credit card fraud when, in fact, he is not,” prosecutors wrote in an indictment unsealed in federal court Thursday.

Woods is facing up to 20 years in federal prison if convicted.