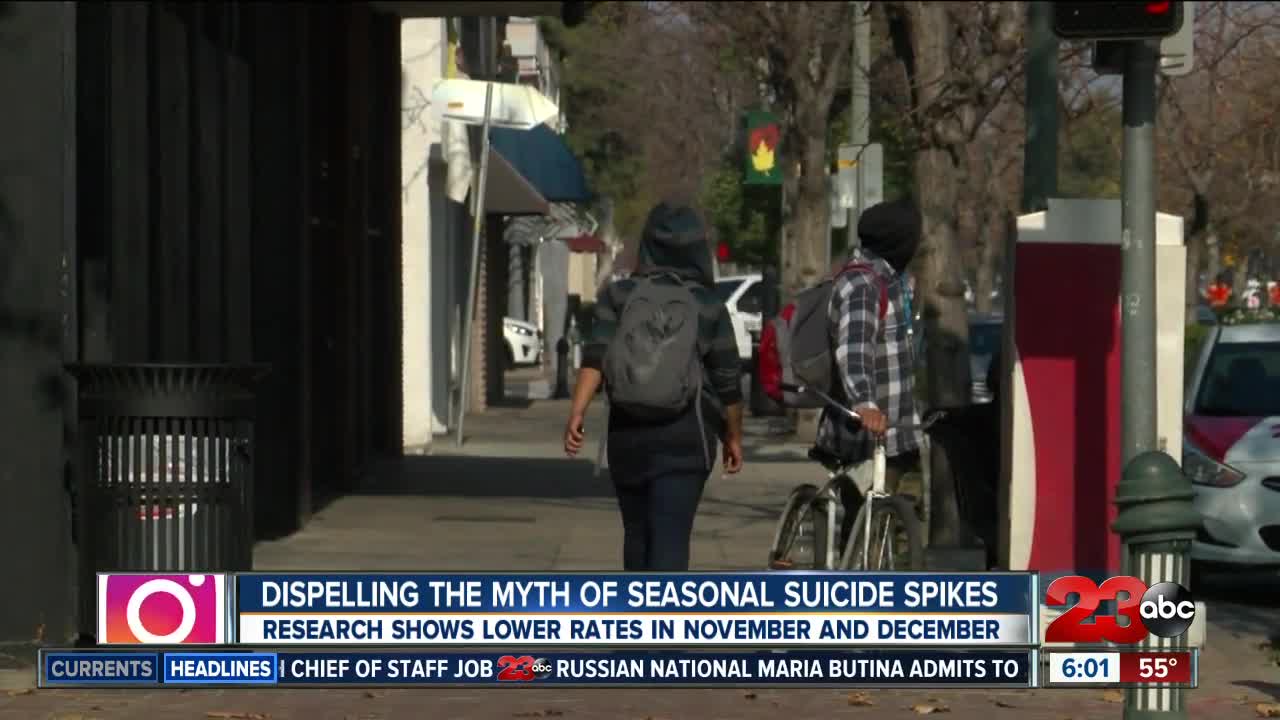 One local expert dispels the myth that suicide rates spike during the holiday season. Says that perpetrating the myth contributes to the stigma surrounding suicide.

Ellen Eggert, with Kern Behavioral Health and Recovery Services, said people are less likely to take their lives during the holiday season.

"The reason it goes down is because people are more welcoming and forgiving during the holidays," Eggert said.

Research from the Center for Disease Control shows that in 2015, December and November were two of the lowest months for suicides.

Experts warn that perpetrating the myth that suicides spike during the holidays only contributes to the stigma surrounding the issue.

"A lot of people believe the myth that once you are suicidal, there is nothing that you can do. We know that this is just the opposite, suicide is the most preventable causes of death," Eggert said.

Eggert said that it is normal for some people to feel down during the holidays.

Resources are available to those suffering. You can contact the Crisis Hotline at 1-800-991-5272.