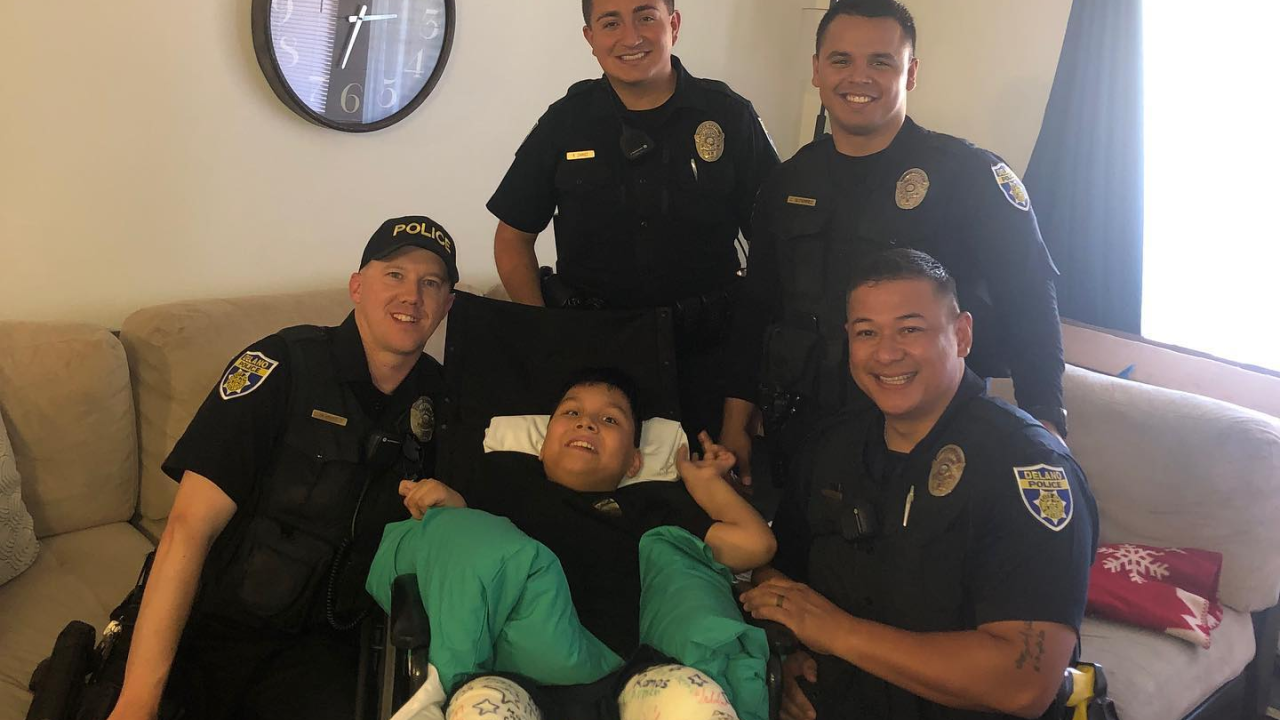 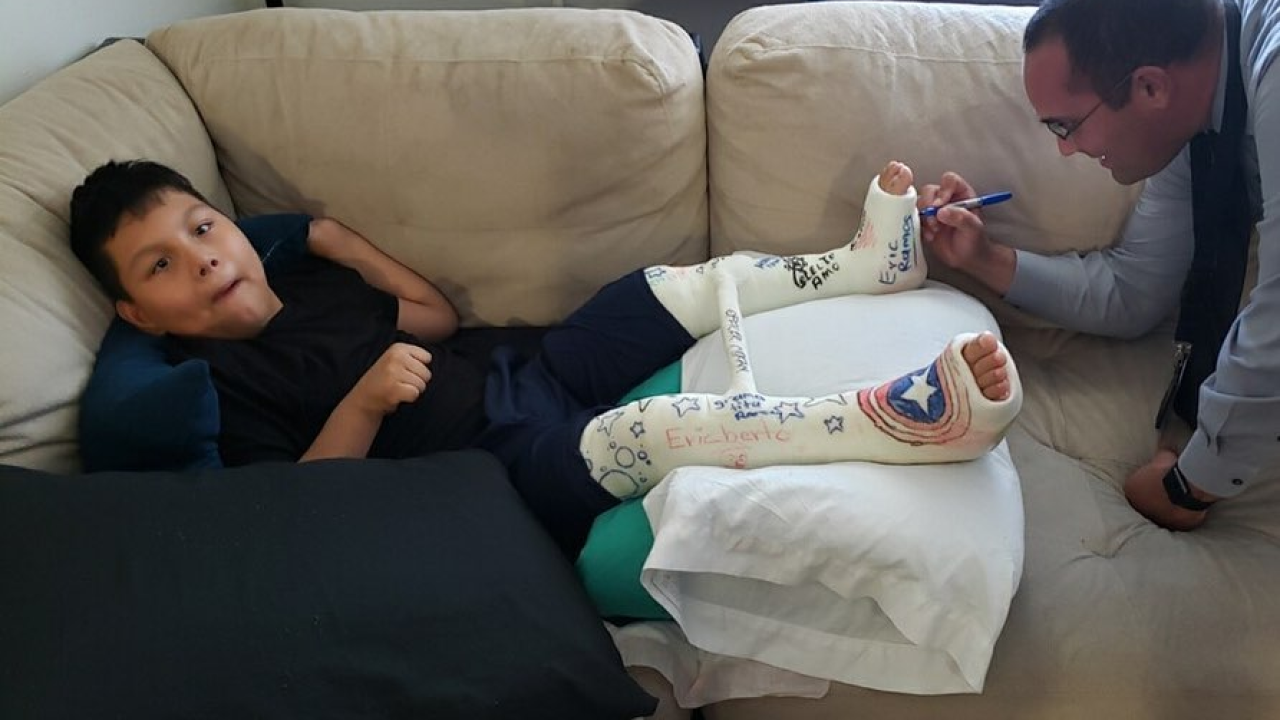 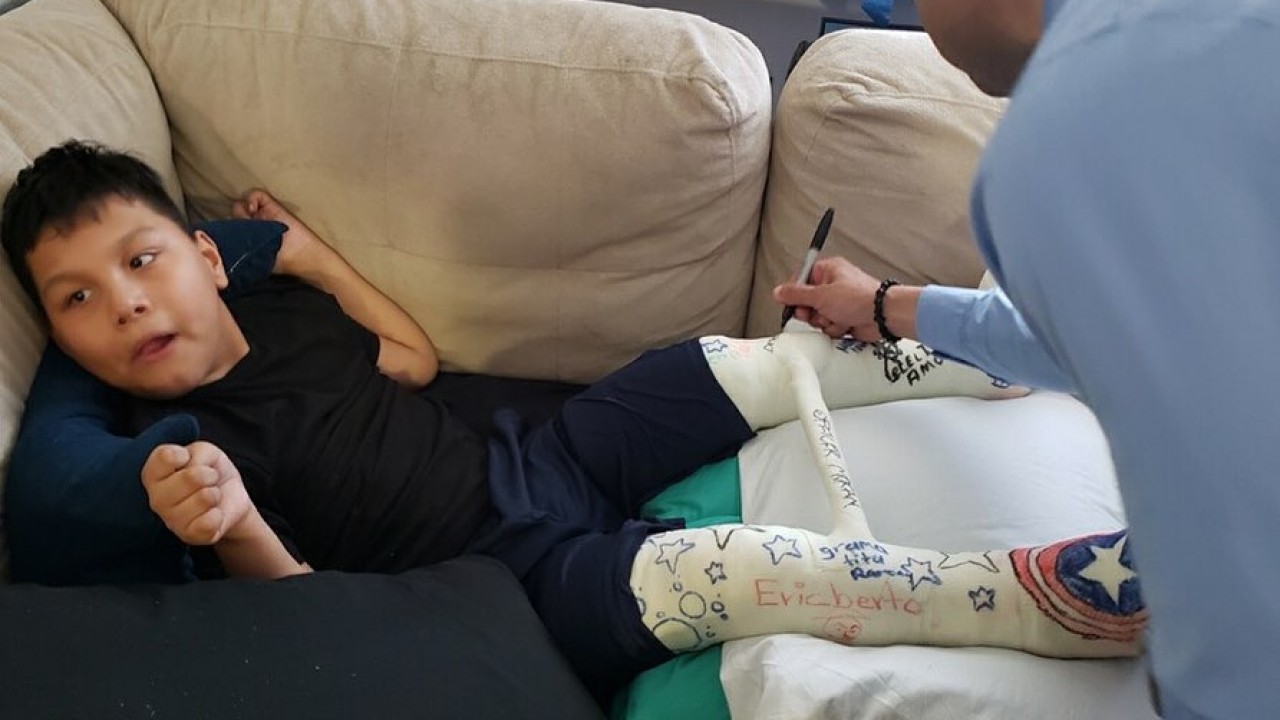 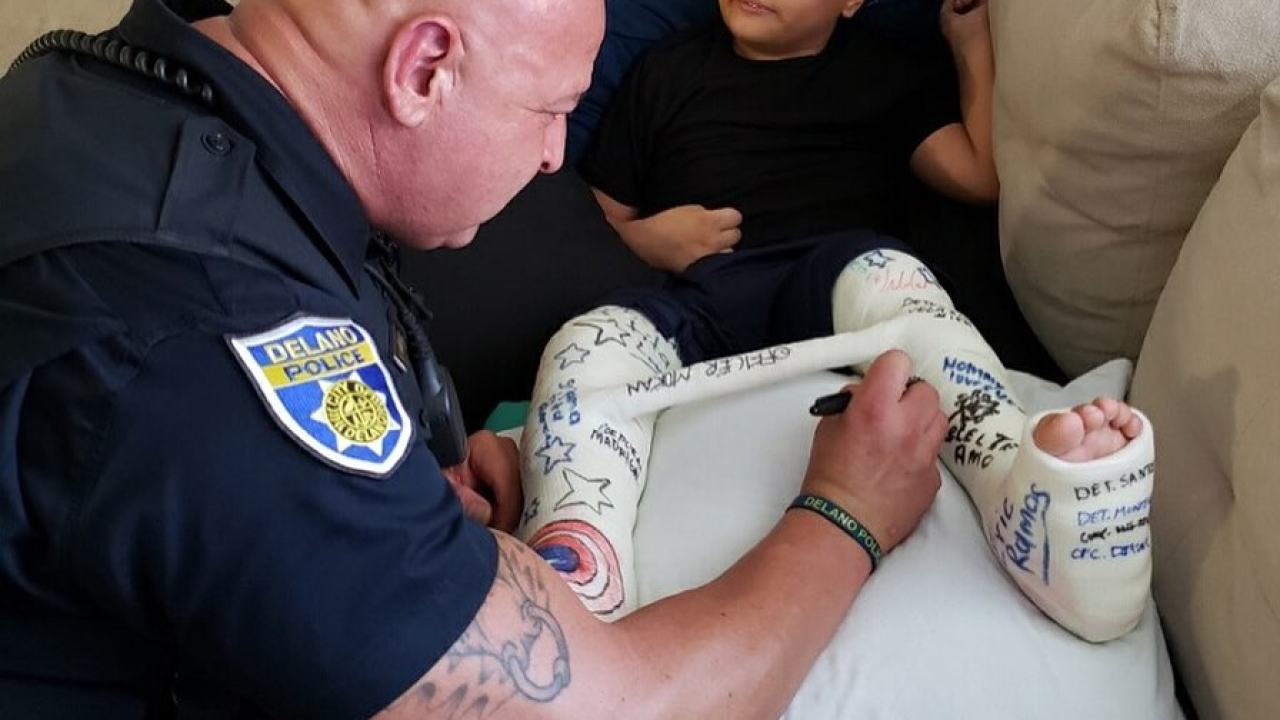 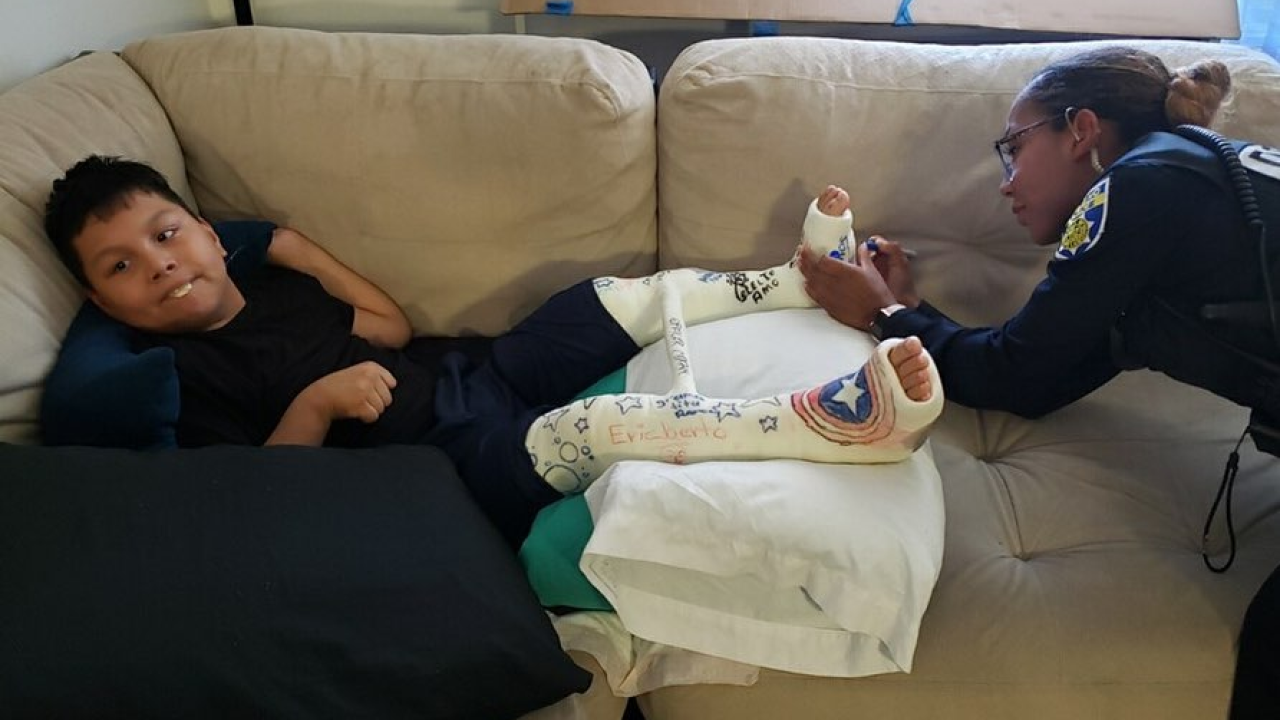 DELANO, Calif. — The men and women of Delano Police Department are showing so much love to their honorary police officer, Eric Ramos, who just underwent surgery.

On Facebook, the department posted photos showing staff visiting Eric at home while he's recovering. Eric lives with cerebral palsy and was named the Delano PD's honorary officer years ago.

The officers spent some time signing Eric's cast and cheering him up!

If you or someone you know has done something kind for others, let us know here: https://www.turnto23.com/hello-humankindness.