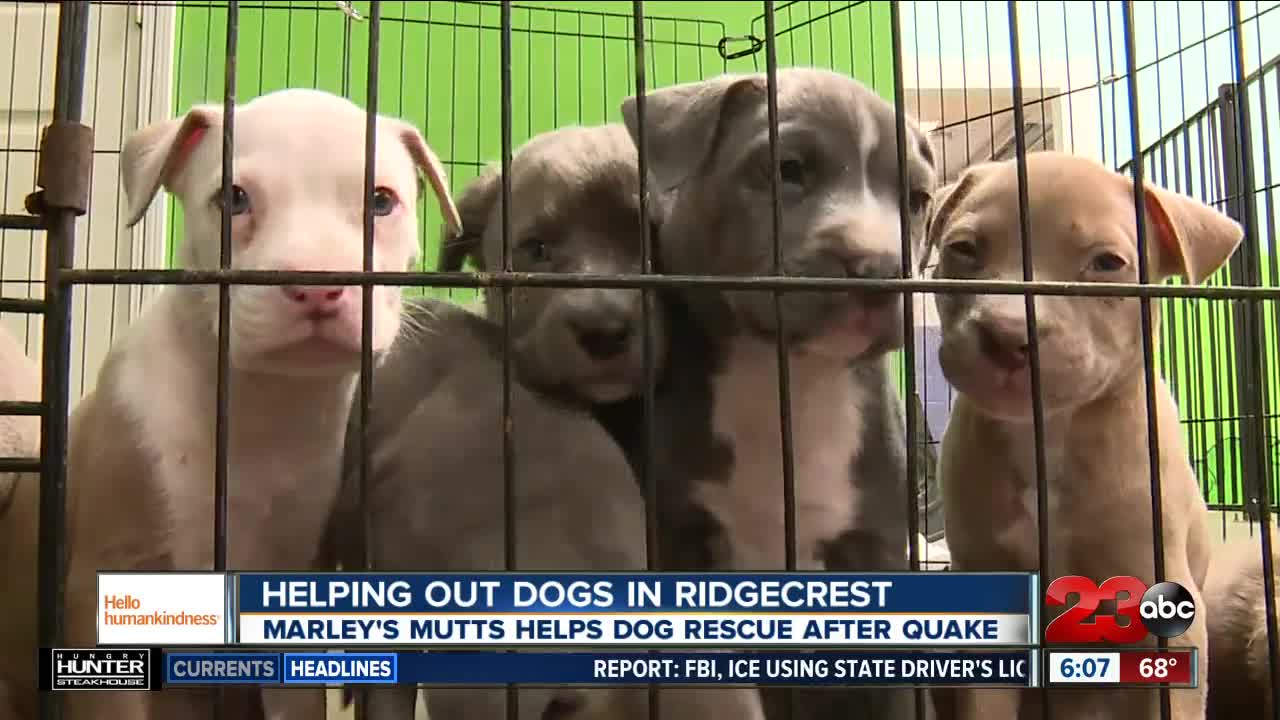 Take a look at these adorable puppies. Not only were these puppies homeless which brought them to this shelter but these earthquakes have caused them to be homeless yet again.

RIDGECREST, Calif. — The city of Ridgecrest is in full recovery mode, evaluating the damage to residential and commercial structures around the area.

A batch of homeless puppies was brought to an animal shelter in Ridgecrest, but the earthquakes have caused them to be homeless yet again.

Fortunately, the sight of a van means help has arrived. Water, food, and kennels have arrived and it's time to load up the dogs because it's not safe at the shelter.

"It's temporary until we get my house evaluated, this place evaluated. We have no place to put them," said owner Catina Jordan.

"Animal control calls us when they're putting dogs down and don't have space for them anymore," explained Jordan.

Nineteen dogs, plus these eight puppies are a full and furry house.

Jordan gives the dogs a second chance, but now that chance is falling apart. Her building was damaged in the earthquakes and the frequent aftershocks are stressing out the dogs.

"Our building here is flat, so it's been going like this for two days," Jordan explained, shifting her hands up and down. "The dogs can't handle it anymore. I need to get them out of here."

So they're getting loaded up and taken to another rescue - Marley's Mutts - for the time being until they can find their forever homes.

"We want them all to have good homes and families, but we can't do that now," said Jordan.

Leaving her pleading for help with a goal of saving dogs, but now needing someone to save her.

"We have a lot of really friendly dogs that just got their second chance and now unless we find them a place they have no chance."

Hoping this isn't a door closed, but an opportunity to find a forever home.