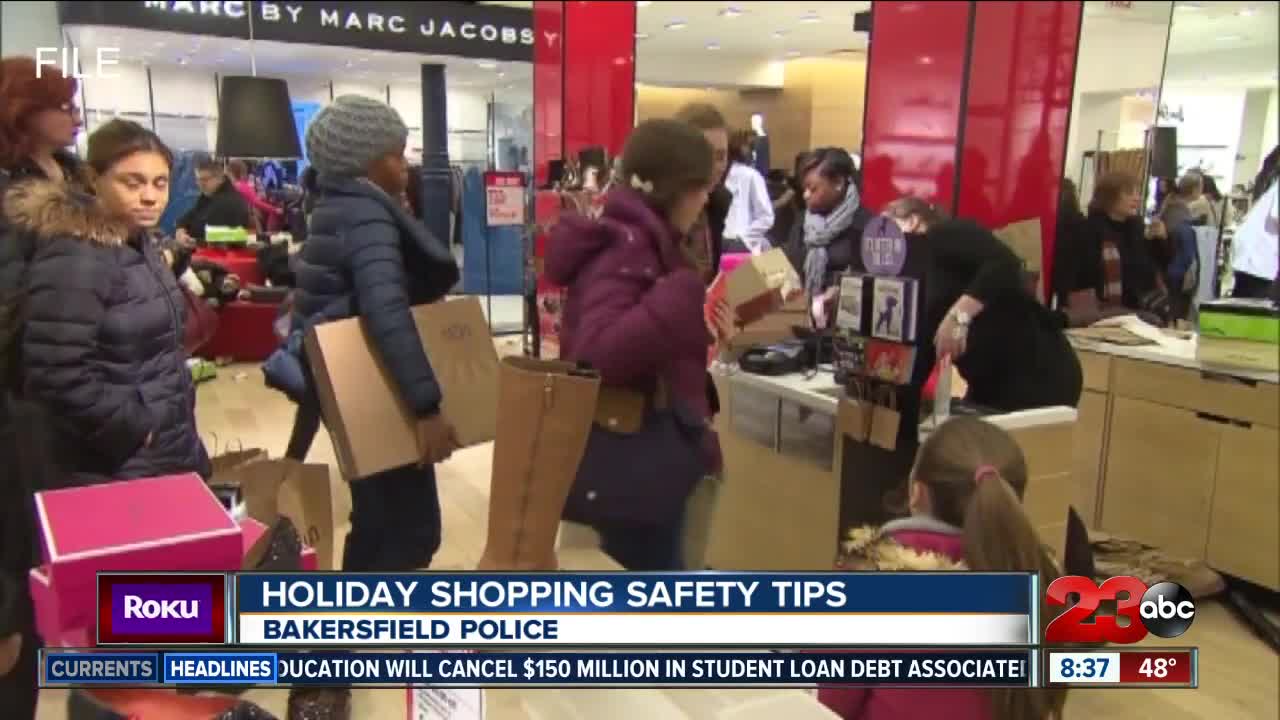 BAKERSFIELD, Calif. — Safety is on the mind of Bakersfield Police officers during the holiday season. Officers said with an increase of shoppers and people traveling during the holiday there comes more opportunities for would be thieves to find an easy target.

BPD officers Chris Peck said, with a little planning you can have a happy and safe holiday season. When you're out at the local mall or shopping center to take an extra moment to make sure you're less of a target.

If you plan to make multiple trips to put your shopping bags into your car, officer Peck suggests, "When you go out to your car when you put it in there move your car to another location. So these suspects that are wanting to break into your car think you're leaving. They don't look at your car as a potential thing to steal from anymore."

Also while shopping, officer Peck said to avoid carrying a large amount of cash. Stick to debit, credit and gift cards, that way if they do get stolen they're easier to cancel or replace. When you park at night look for a spot near a bright light or security camera as they can be deterrents for would-be thieves. And before leaving your car make sure nothing is visible inside; use the hide it, lock it, keep it strategy.

Officer Peck also said shopping parking lots will see extra patrols from officers. They will be on the lookout for potential suspects as well as writing reminders to drivers who leave things visible inside their cars.

"We'll look at the vehicle," said Officer Peck, "in the same nature a suspect would and we'll mark on one of these little fliers things that we see that we know are commonly stolen out of cars and we'll put it on the windshield and basically let people know that if I was a thieves, you potentially would have been a victim right now."

At home, Officer Peck had similar tips to protection your family and property this holiday season. First he started inside the house by suggesting to either keep your Christmas tree away from any windows or having the curtains closed when you're gone.

“Because then people can see into your house. They can see how many gifts you might have under the tree; other things that you might have that would make you more of a potential victim. They can walk by and case that neighborhood and say, hey there’s stuff in here that I can take, because I can see that,” said Officer Peck.

Finally if you do travel, hold off on posting pictures of your trip until after you return. That way no would-be thieves would know that you're currently on vacation.