Two men in Bakersfield under investigation of misconduct 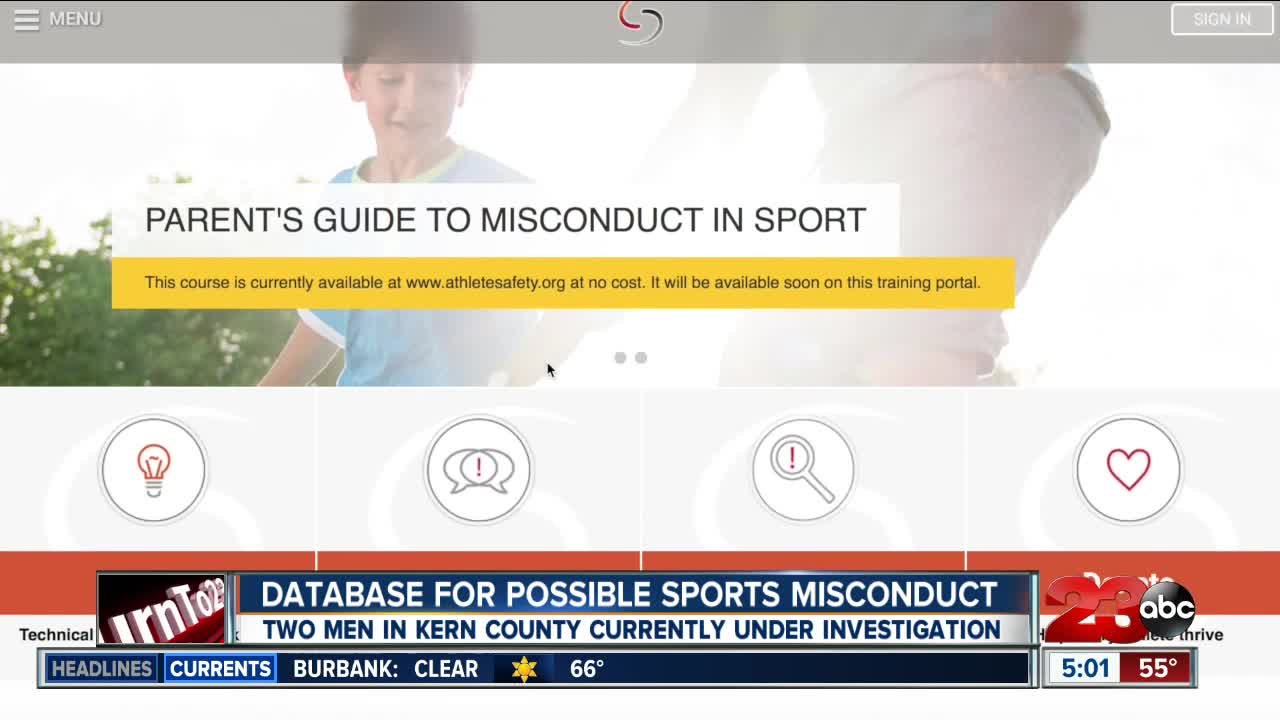 The U.S. Center for SafeSport created a national database in 2017, to share a list of those involved in Olympic sports activities who have been banned or are currently under investigation of possible misconduct. 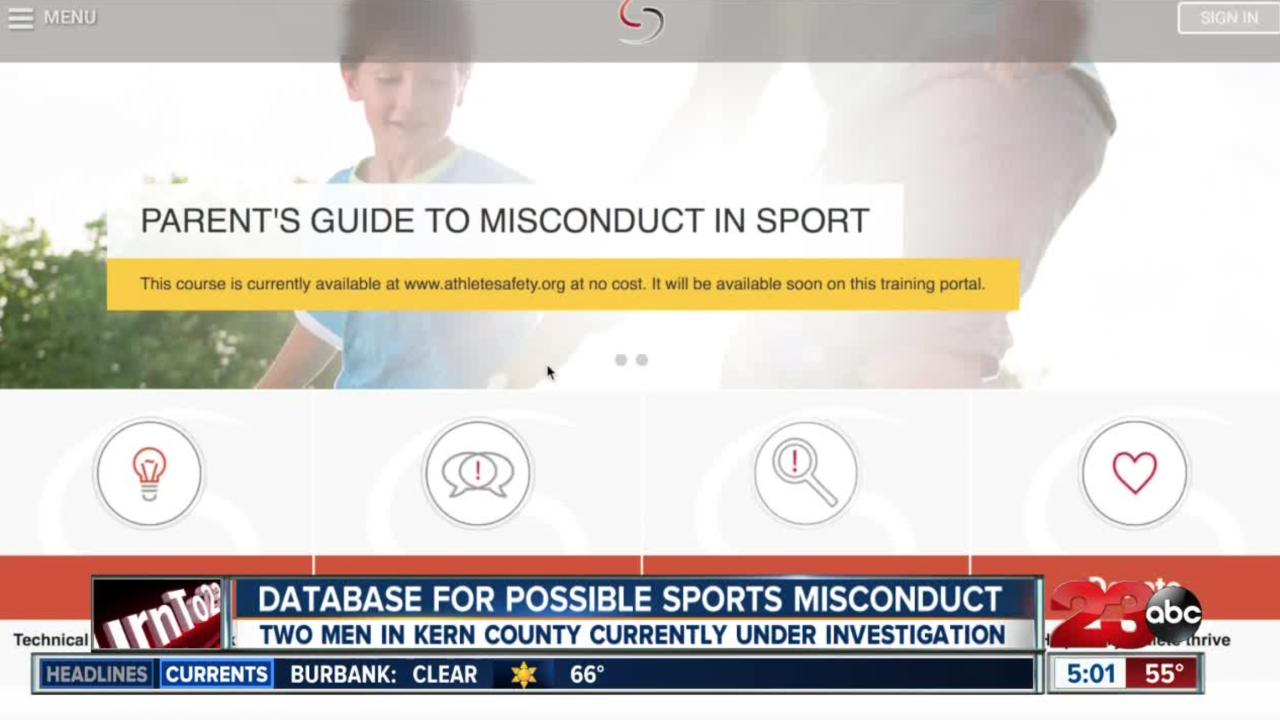 BAKERSFIELD, CA. — The U.S. Center for SafeSport created a national database in 2017, to share a list of those involved in Olympic sports activities who have been banned or are currently under investigation of possible misconduct.

Since the launch of SafeSport from March 2017 to November 2018, there have been 1,832 misconduct reports/allegations made. So far 262 individuals were placed under permanent ineligible status, in other words, suspended from being involved in any National Governing Body (NGB) programs.

The database lists anyone involved in misconduct allegations including but not limited to, coaches, athletes, medical professionals and volunteers involved in NGBs, which consists of 50 sports organizations.

Representatives from SafeSport said that they started this non-profit with a mission to change the overall culture of sports and put athletes first.

After the Dr. Larry Nassar scandal where more than 130 women and girls accused Nassar of abuse. The investigation resulted in a sentence of 40 to 125 years in prison after pleading guilty to three counts of criminal sexual conduct, the USA Gymnastics and NGBs needed to make a change.

The purpose of the database is to investigate all allegations of misconduct from emotional, physical and sexual abuse of amateur athletes.

The database states that both are under interim-suspension, Billingsly in May 2018 and Belluomini since October 2018.

SafeSports Representative said, just because a person is on the list doesn't prove there was misconduct. It shows that they are still under investigation and the status gives facilities involved a right to suspend the individual's activities until the investigation is over.

To protect the privacy of those involved SafeSports said, they can not disclose private information about the investigation.

According to Mike Williams owner of American Kids Sports Center (AKSC) in Bakersfield, Billingsly trained there as a gymnast when he was a teenager and later became a coach.

Court records show Billingsly was convicted last March of violating a domestic violence prevention order. Williams confirms Billingsly's suspension was not child related, and it was also not associated with the AKSC facility, Billingsly left during that time. Williams also said Billingsly was not a potential harm to the kids or other staff members.

As far as the equestrian trainer, Gabriel Belluomini, SafeSports said there were allegations of misconduct, but could not elaborate and said he's listed as having an interim-suspension.

23 ABC reached out to Gabriel Belluomini but he has not returned our call, and we could not find a reachable contact for Antoine Billingsly.

SafeSports.org not only provides a database but free resources for the Parents to spot misconduct of any kind. To report misconduct, you can fill out the form online or call SafeSport's hotline at 720-531-0340.