California looks to ease rules on medical marijuana in schools 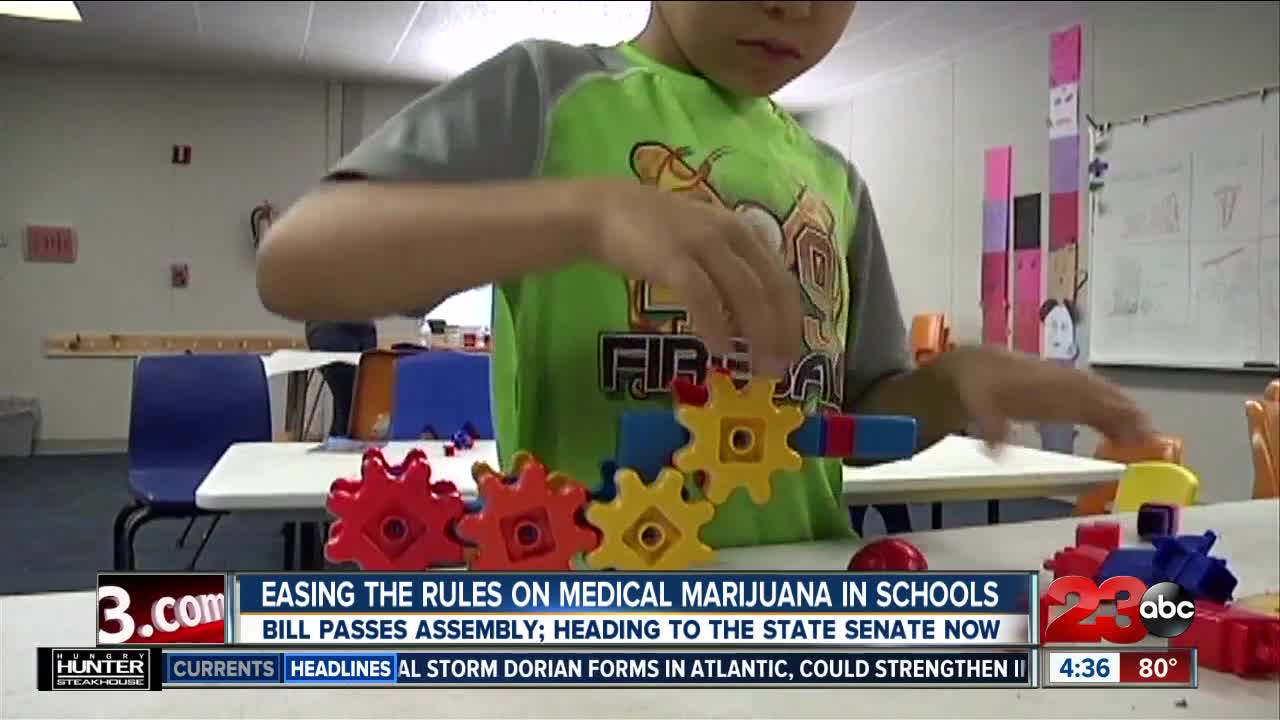 California schools may soon allow parents to administer medical marijuana to their children on K through 12 campuses.

The California Assembly approved a bill that lets school boards decide whether parents can administer medical marijuana on school campuses. It would allow the use of marijuana in non-smoking form.

Current law prevents marijuana on school campuses, meaning children who use medical cannabis to treat seizures have to go off campus to get their medication. Supporters of the bill say that's a dangerous requirement.