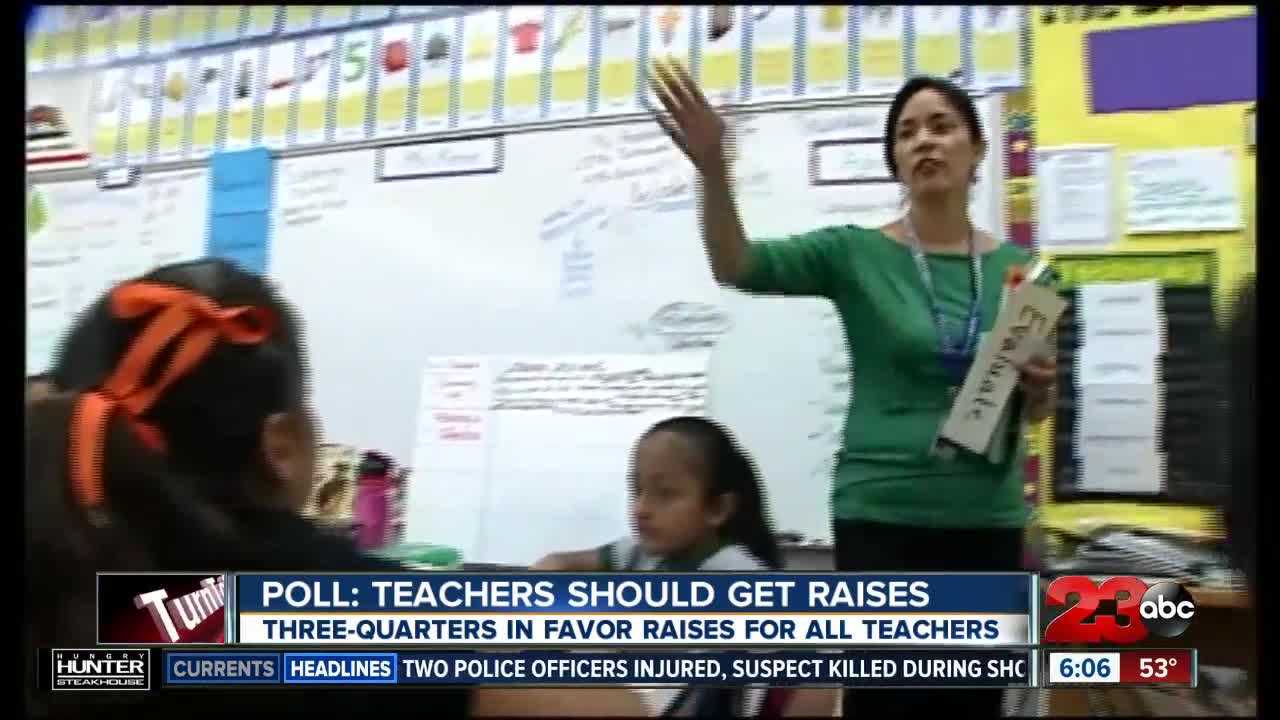 It seems as if there's growing support to get teachers across California pay increases.

It seems as if there's growing support to get teachers across California pay increases.

According to the poll, "California voters consistently express support for increased educational spending (including, for example, for teacher salaries and early childhood education). They are strongly in favor of the proposed $15 billion facilities bond measure that will be on the March 2020 ballot, and they also support proposed changes to Proposition 13 that are likely to appear on the November 2020 ballot (though to a lesser degree). There are sharp partisan splits on support for spending increases."

More than half of those polled said they believe the state should spend more on education in general.

On the other hand, those who said they would discourage young people from becoming teachers cited not enough pay and undisciplined students as their reasons.