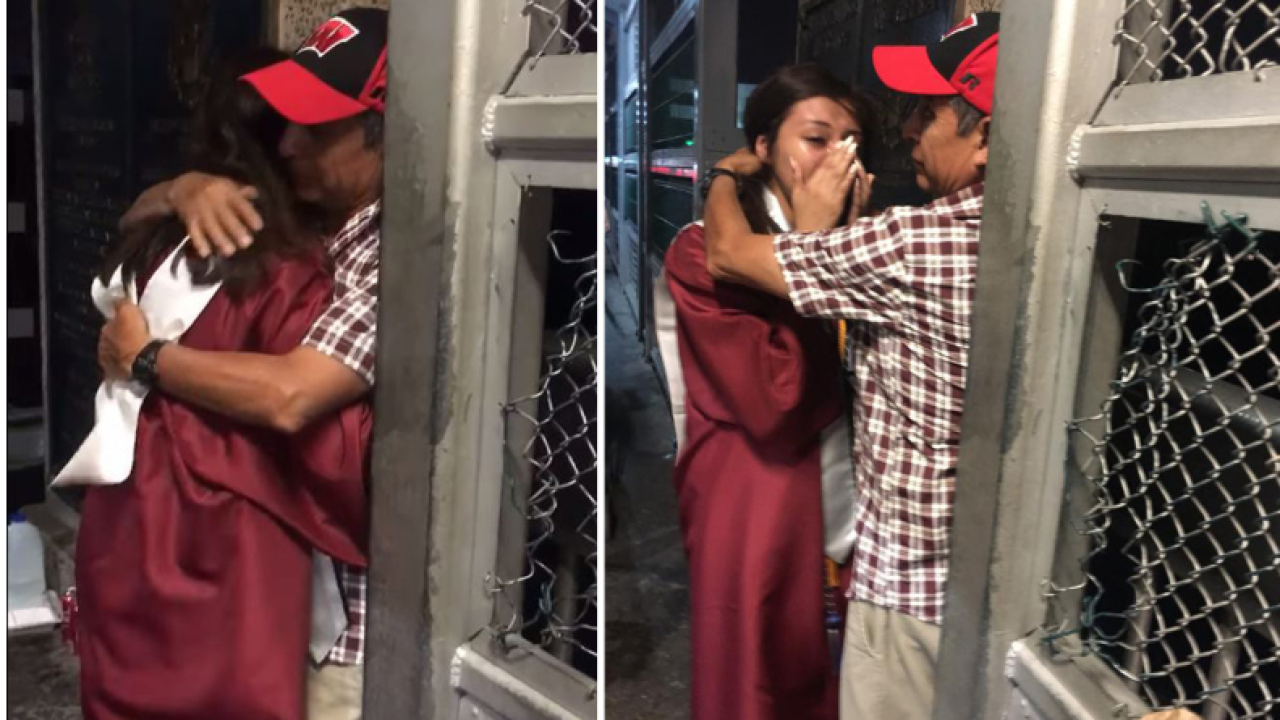 LAREDO, Texas — A Facebook post of a Laredo High School graduate and her father has gone viral after he was not able to see her walk the stage to receive her diploma on graduation night.

Unfortunately, Sarai Ruiz's father was not able to attend the graduation ceremony because he couldn't cross into the U.S.

For years, Ruiz crossed the Mexican border every day to go to classes at her high school in Laredo, Texas. A native of Wisconsin, she and her mother moved to Nuevo Laredo, Mexico, a decade ago after her father was deported from the United States.

"It's hard to wake up early, like at 5 a.m. just so you can cross and go to school, and then cross back in the afternoon," she said.

Dressed in a graduation robe, Ruiz broke down in tears as she embraced her father, who was waiting on a bridge that separates the Mexico and the U.S.

Ruiz wanted to share the experience so she decided to get her cousin to capture the moment and upload it online.

The video was posted on Facebook and immediately went viral.

Besides a big hug on the bridge, her father shared something more with her that night.

"He said that 'nobody could ever separate us, that only God could separate us.' That will forever be engraved in my mind," Ruiz said.

Ruiz, who is the first person in her family to graduate from high school, will attend the University of Texas at Austin this fall and plans to study psychology and government.