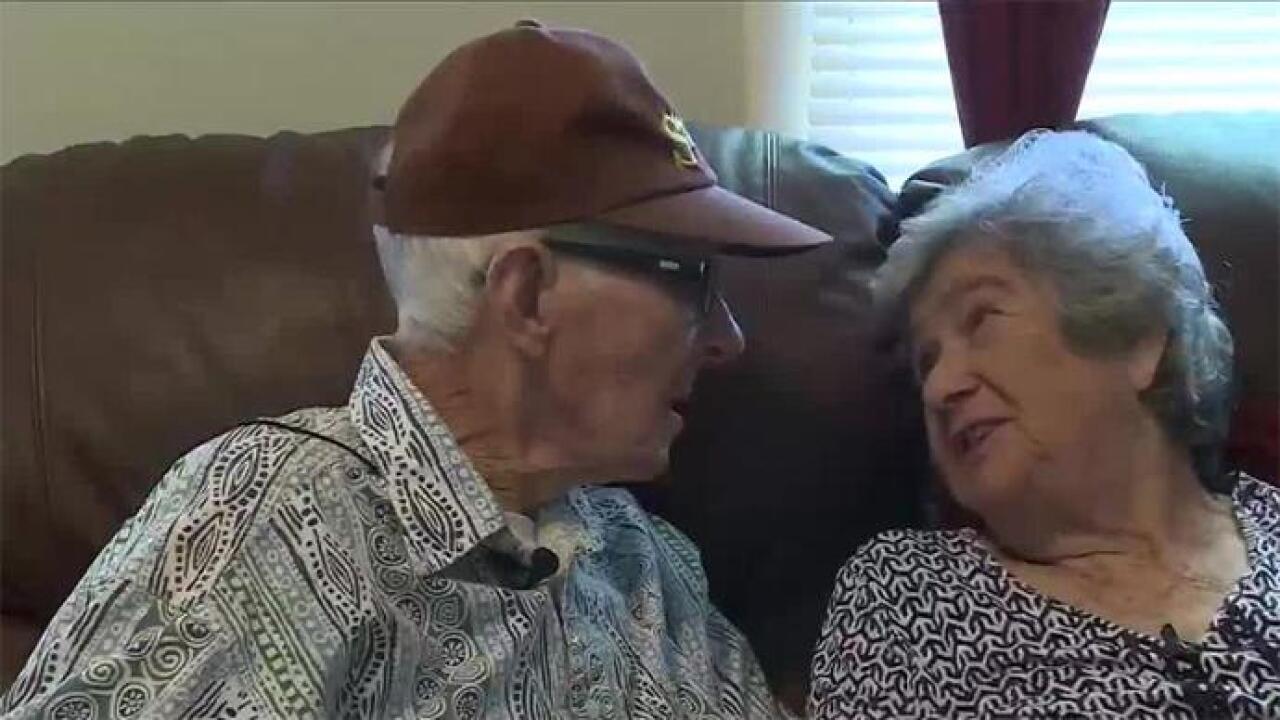 AUGUSTA, Georgia — For more than 70 years, Frances and Herbert Delaigle were married and in love.

Their connection was so strong the husband and wife took their final breaths only hours apart.

The couple's love story began at a Waynesboro, Ga., cafe, where they first met when they were 16 and 22.

"Frances worked at a little cafe we had in Waynesboro named White Way Cafe," Delaigle said in a 2018 interview with WRDW/WAGT. "I kept seeing her going in and out, in and out and I had my eyes set on her. And then I finally got up the nerve to ask her if she would go out with me sometime."

Their first date was at the movies. One year later, he popped the question.

"I asked her will she have me as her husband and she said, of course," Delaigle said.

It was an easy yes for her. But, it was the wedding that almost didn't happen.

The preacher almost didn't marry them because they were an hour late to the church, according to Herbert Delaigle. After some convincing, the preacher rushed through the service.

It was the cheap wedding, too.

Frances Delaigle said her husband kept her laughing throughout life. And even at 93 years old, he still cracked jokes.

"What do I like most about you?" he asked his bride. "I don't know," she laughed.

But clearly, they both knew what he was talking about.

"It's amazing how they were together for 71 years and now they are together in heaven," the Delaigle family said in a statement Friday. "What an amazing love story that is."