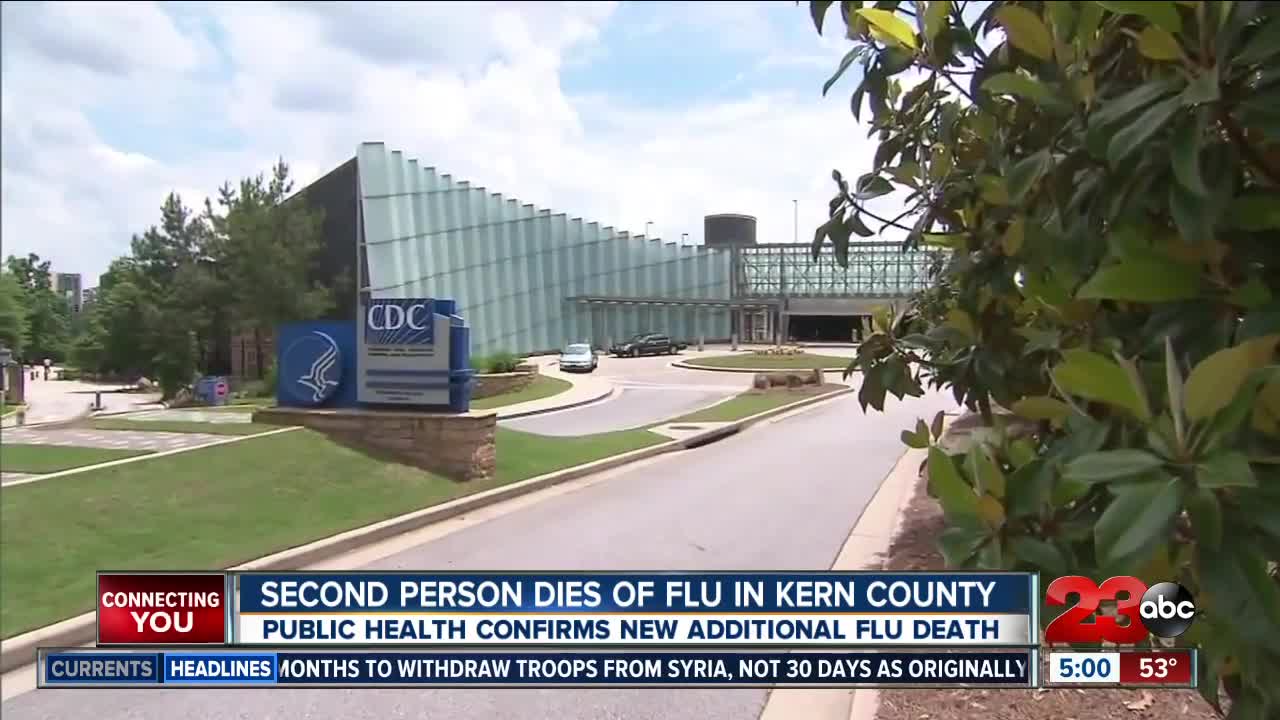 The first flu related death happened in November in Kern County according to health officials. The Health Department would not provide details about either death, including how old the people were, citing privacy reasons.

However, Wednesday officials reiterated their message about the importance of the flu shot, "It's not too late to get your flu shot, you know we are coming off the holiday season, we have been around a lot of folks. When you are around a lot of folks you just need to remember the basics. Wash your hands, the flu virus lives on surfaces, it lives on your hands, we're touching our faces so you know good hygiene really think about that and if you are sick stay at home," Kern County Public Health (KCPH) Spokesperson Michelle Corson said.

According to Corson, three other Kern County residents were in the Intensive Care Unit for flu symptoms but survived. According to the Center for Disease Control (CDC) since September of 2018, 36 people have died from the flu in California and it's surveillance map shows that Kern County is towing right below the line of regions with elevated flu activity. (CDC) said the most common flu virus in our state this season is influenza A H1N1 PDM09.

Corson said Kern County is also not in the clear yet, "Flu season is upon us but we can last far into the year even into April and May."

According to (KCPH) between 2013 and 2014 is when health officials saw the biggest spike, with a total of 11 flu deaths. Officials said if you are feeling flu like symptoms right now it is important to wait until you are feeling better and symptom free before getting a flu shot. They also said that if you have already contracted the flu virus, it is unlikely that you will get it again this season.

"We don't know how serious this season is going to be, that's the thing about the flu, it is unpredictable. So it's the best thing to arm yourself and your family," Corson said.

Flu symptoms worthy of medical attention according to officials include consistent severe fevers, chills, a residing cough and the sooner you get treatment from your doctor the better off you will be.