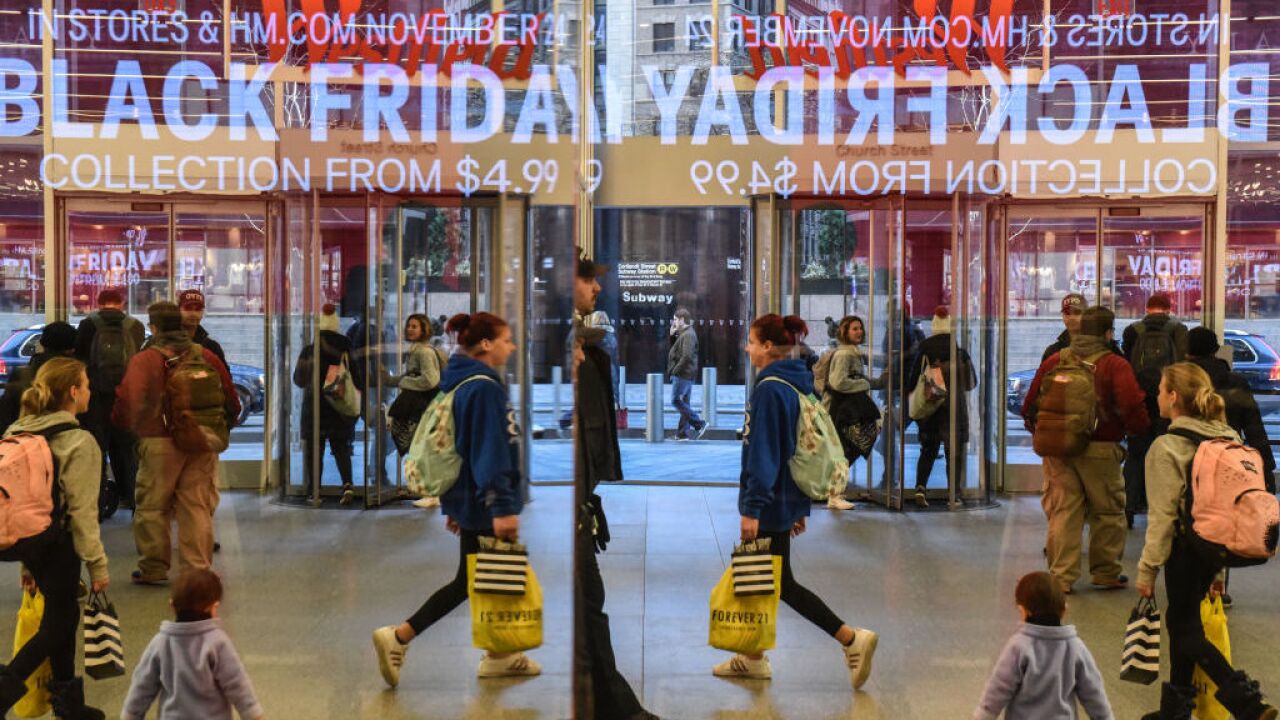 An estimated 165 million people are expected to shop over Thanksgiving weekend, according to the National Retail Federation.

It's almost an even split now between shopping online or in stores.

Black Friday is still projected to be the biggest day. And for some, it's tradition.

The couple that calls themselves "America's Cheapest Family" has some strategies worth sharing.

"Figure out where you're going," Steve and Annette Economides suggest. "Spend 10 or 15 minutes because the amount of less stress and chaos and efficiency will be so worth it."

The couple say planning is key. They suggest making a list of people you're buying for and a list of stores you want to hit.

"And then plan an efficient route in the time that you have," the couple says. "Usually base it on when the sales start so you're there at the beginning because those hotter items, those technology items, are going to go first."

If you do get to a store and find the Black Friday deals are all gone, you might not be out of luck.

The couple says people often buy too much and then get buyer's remorse. Later Friday or Saturday, those items start to show back up.

"The item won't be on the shelf where it's supposed to be," the couple says. "It will be back in the return section. We've picked up some real bargains hours later by going and checking customer service and finding the items. (The carts) that are pulled and haven't been restocked yet."

They say beware of similar items on shelves close together that look very similar, but only one of them will be the Black Friday discount.

"So be careful about what you're picking up because you may think you're buying a $10 item and you're paying $30 for it," the couple says.

All in all, the couple says Black Friday is a great time to shop for gifts you'll need the rest of the year, like for birthdays, showers and weddings, and for things you need around the house.

You can find more of their advice at moneysmartfamily.com.